The Dragon Awards winners were just announced, and while the competition was close, we’re bringing you a closer look at those games that came out on top. 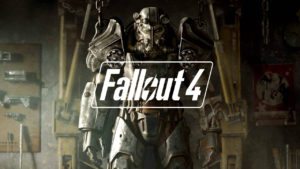 So, what is so magical about Fallout4? Well, the same things that are always great about Fallout games. It’s an open-world wasteland, filled with monsters, potential allies, and hundreds of quests. In addition to everything that made Fallout 3 and New Vegas so great, Fallout 4 allows you to make even more of a mark on the postapocalyptic landscape. Not only are you a parent with a child to find, you can make home bases, build up gardens and farms, and help protect the good people of the Northeast from violent raiders. While the quests to save outposts can get tedious, their effect on your gameplay is noticeable. Never before has the end of the world looked so good. 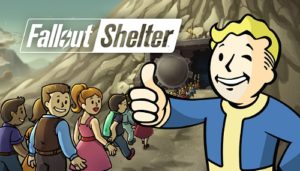 Another Fallout? Bethesda really knows what they’re doing, as evidenced by their advertising this game on Tinder. Games section writer Soco Cinconegui reviewed the app:

Fallout Shelter was released in mid 2015, contributing to the massive hype for Fallout 4. At launch, the game seemed interesting enough due to its retro look, sharp graphics and post-apocalyptic setting, but its room building and resource-management gameplay was very limited. Through its following updates, Fallout Shelter became something more fun, unique, and relevant to its franchise as it added some new features like pets, crafting, a combat system, and the possibility to send one’s dwellers on a series of quests, some more narratively-driven than others. This last feature is, I think, what will keep players interested in this last version of the game, because it provides what the first version lacked: A variety of goals to meet. Unfortunately, Fallout Shelter’s heteronormative (and frankly gross) “breeding” system is still the main means of gaining new dwellers and advancing in the game, which might be a turn-off for many players. Having noted this, I think Fallout Shelter is worth downloading and giving a try, especially if you’re a long-time Fallout fan or at all interested in post-apocalyptic aesthetics. 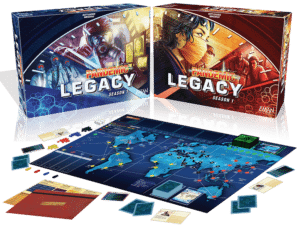 Games section columnist wrote about the original Pandemic game, “The basic jist of Pandemic is that you and the people you are playing with all have different roles and you must work together to stop pandemics of four different diseases from breaking out all over the world.”

Pandemic: Legacy starts out similarly, but brings a lot more to the table (ba-dum-tsch). There is a campaign that can be played out over 12 to 24 sessions, making it more like traditional tabletop games and less a straight board game. Your team controls four characters that travel the world looking for cures to what ails your populations as the disease spreads each turn and cities suffer outbreaks. The game, co-operative in nature, moves quickly and provokes a lot of discussion about strategy between all players. It’s also difficult, and although your team receives upgrades at the end of each session (a month in-game), it requires careful thought and planning to make it through. My favorite part of the play is the sheer destruction. Now only do you mark and put stickers on the board, you rip your cards as well. It adds another layer of involvement to an already immersive game. 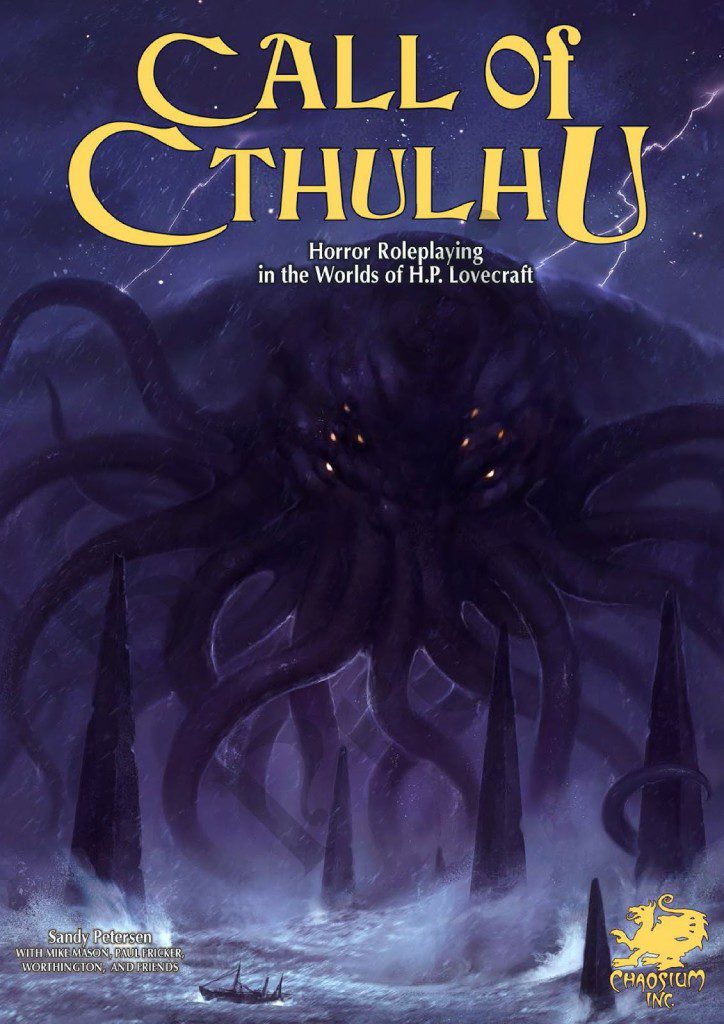 Call of Cthulhu is one of the most well-known role playing franchises, and this seventh edition didn’t disappoint. These games are based (somewhat loosely) on HP Lovecraft’s writings. Lovecraft’s tales (while simply done and somewhat overly descriptive) are masterfully horrific. (Full disclosure: I’m was a big fan at some point; my cat’s name is HP Lovecat.)

The game uses the Basic Role-Playing System and comes with a much longer playbook than previous editions (and, actually, two books, though the core volume is all you really need). Visually, it’s pretty and in full color and only a little intimidating for its size. The thing about these games that has been delightful and continues to be lovely is that the gameplay is rather accessible. Like many other good tabletop RPGs, you can go heavy or light on the rules and have a great time either way. Having not thoroughly played previous editions, I can’t tell you what changes are good and what aren’t, but I will tell you that overall the game is a blast. Character generation is some of the best I’ve encountered, and there’s enough action to keep even the newest tabletoppers involved.

Read the rest of the 2016 Dragon Awards Reviews series.