Pokémon Go: Is Anyone on Team Valor? 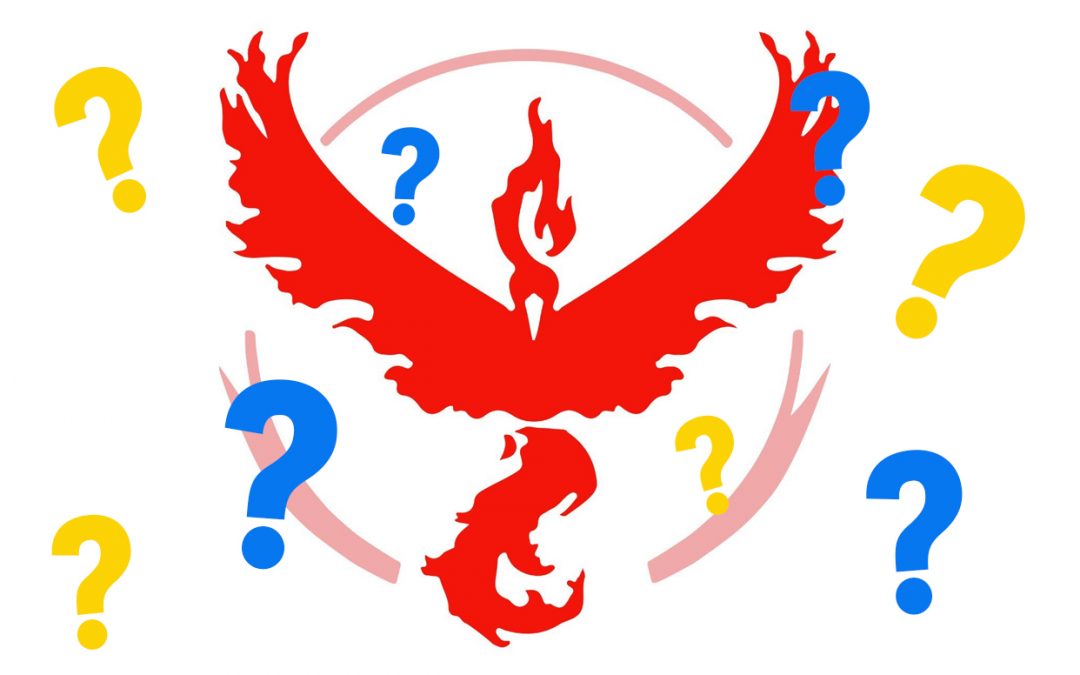 Pokémon Go is sweeping the internet, and it’s no surprise. My Facebook feed is filled with screenshots of the game, interspersed with memes about the game, and people complaining about adults having fun. It hit just the right spot for nostalgia, and geocaching seems to finally have caught on with the younger generations. So, what else is so exciting about this game?

Melissa Brinks: Hands-down, my favorite moment playing so far is catching a Meowth. I’ve been obsessed with Meowth since I was a kid—I’ve been a cat lady as long as I can remember—so actually catching one was pretty exciting, even for me as an adult.

The game itself is a cute idea, but what’s really exciting for me is that I’ve seen more of my town in the past week than I have since I moved here several years ago. I’m having conversations with strangers about catching Pokémon, I’m seeing the parks full of people for the first time, and I’m calling up friends on a daily basis to see who’s up for a bike ride.
I’m happy with the game, but I’m more happy with how often it’s getting me to go out and go for walks or bike rides. I work from home, so it’s easy to just sit inside and stare at a computer screen forever. Usually, by the time I’m done for the day, I don’t really want to go out again, but with Pokémon to catch, I have an extra incentive to do it.

In the process, I’ve discovered how gorgeous my town can be. There are some seriously beautiful places within a few miles of my home—three bridges that go over rivers, amazing meadows, huge trees, and miles of easy trail to ride. I’m sure the fervor for Pokémon Go will die down in time, but I’ve found some amazing new picnic and reading spots because of it, and I’m excited to keep pushing myself further to see what else I can find out there. I still have 145 Pokémon left to catch, after all.

Wendy Browne: The delayed release in Canada helped my resolve, since I didn’t want to get caught up in a game that causes people to spend even more time staring at their phones. Still, I loved the stories I’d heard about communities coming together and people from all walks of life playing and especially the positive effects for some people who struggle with mental health issues. But I have so much to do and so little time to do it in, so Pokémon Go just isn’t for me. Which is obviously why I downloaded it the second my American friends announced the Canadian launch (though I did not attend the CN Tower unofficial launch party). Next thing I know, my husband and I were shuffling the kids off to bed so we could walk down to the Pokéstop at the end of our block. My nephew was texting me with instructions on finding the elusive Pokémon: “Wander around like an idiot, turn around in one place like a moron.” Yes! I can totally do this!

We introduced it to our girls (8 and 10) the next day after nature camp, and they discovered several Pokémon in the parking lot. We walked down by the river, which we know well, but I encouraged them to stop and actually read the landmark signs. Everything is a teachable moment, and I wasn’t going to let this go to waste by having them stare at the screen without taking in their actual surroundings. I was also very strict with the safety protocols I made up as we went along. I stressed that, while it’s nice to catch the rare ones, we didn’t need to do any of the crazy hunting that seems to require greater focus on the screen. They could do that in the back seat of the car if one happened to appear on our drive home, but when walking, they could rely on the buzz of the phone to alert them to any new Pokémon to capture.

On the other side of the locks, we discovered several high school students and two father daughter/son pairs wandering around. We were directed to a Pokéstop where a kind soul had left a lure module that garnered us all a Lickitung—our first major catch as a family.

Jo Fu: I’ve played every Pokémon generation, Stadium, Snap, and several Mystery Dungeons. I love Pokémon, but what I love most is that more of my friends are now engaging with it. I can talk with almost all of my friends about what they’ve named theirs or what CP a thing is. At my best friend’s birthday party this past weekend, he gave me leave to hunt a Tangela in his neighborhood.

By far and away, my most exciting moments have been with friends and finding other groups of friends playing simultaneously. I had a wonderful sushi dinner date with my boyfriend last week, and we decided to explore the neighborhood around the sushi date. Seriously, more exciting than catching or evolving a Pokémon is when another Totally Normal Human says to me, “There’s a Clefairy around here. Good hunting!” That’s the best part.

Clara Mae: Oh gosh, so many moments where my mouth dropped open and I felt a mixture of glee or pride. Finding enough low-level Pokémon to finally get a higher level evolution is something that has definitely made me happy. My favorites have to be when I was able to get a Clefable and Flareon. I swear, San Francisco is comprised mostly of Zubats, Weedles, and Pidgeys, so getting some cute (but kick-ass!) Pokémon definitely made my day, as silly as I feel admitting that. Also, catching a Ponyta. I love that little guy.

Finally figuring out the gym system also merited a little dance of joy. I’m a terribly competitive gamer—one of the reasons I also didn’t want to play Pokémon Go, because when I get into games I get into games—so defending and taking over gyms is something I just really enjoy doing. My favorite memory of this is running into a young woman at the park with the same idea. We sat down by the lake and took down this high level gym run entirely by dudes. When we finally toppled it we smirked at each other and went our separate ways. I had never met her before, but for a few minutes, we had this great team camaraderie.

I love how much this game has pushed me to switch my workout routine from the gym to the streets. I used to run cross country, and I’m shocked that, out of all the things, it’s catching fictional creatures that got me back into it. There was a run I’d been meaning to do since I’d moved to San Francisco—through Golden Gate Park and along Ocean Beach—that I finally accomplished, because I wanted to catch some sea creatures.

Anna Tschetter: I was never into Pokémon as a kid, but I’m really enjoying playing Pokémon Go! My favorite part other than how cute all the Pokémon are—why did I miss out on adorable they are?!—is how the game brings kids together at work. My library is a Pokéstop and has had lures on it almost everyday. Teens come in talking about what Pokémon they found in town and telling their friends where to get the best ones. A lot of my teens are either Team Mystic (yay!) or Team Insight, so we joke about hating on Team Valor and share memes together. It’s a really nice way for me to get to know some of the teens I don’t know very well and has allowed me to replace my standard, “How’s your summer going so far?” with “Catch anything good in the library?”

So readers, what Pokémon were you excited to catch?