Firewatch, Gone Home, and the Power of a Good Bad Ending

Two of my favorite games of the past few years are also two of the games I most frequently see criticized for having bad endings—Gone Home and Firewatch. These are quiet, simple stories told in only a few hours at most. You don’t kill anybody in them. You explore and interact, putting together pieces of a narrative, rather than literal, puzzle.

I found each ending to be a perfect conclusion for the story’s events. Gone Home is a deliberate subversion of tropes, challenging your expectations for a queer teenage love story wrapped in trappings of riot grrl and 90s occultism. And Firewatch’s ultimate deflation pinpoints how deeply we’re drawn into Henry’s desire for something, anything, to not be his fault, ultimately leading us with the same sense of disappointment when we’re not the hero, just another schlub making our way through a story where we’re not the hero.

In games, being the hero is everything. They’re power fantasies, one of the few sources of escape that actually let us experience each victory as our own rather than filtered vicariously through text or images without our input. The power of God of War, for example, is tied directly into your own ability to mash buttons and receive a reward in a way that watching even something like Hardcore Henry can’t. Those heroics can be fun–I get a kick out of playing galaxy-saving, Fade-repairing heroes who smooch a lot in their spare time. But not every story needs to be one of incredible adrenaline and action; there are smaller stories to be told, too.

Game endings are notorious for being less than great, often venturing into downright bad or disappointing. Take the aforementioned Mass Effect‚even if you strip away three games’ worth of expectations and hundreds of hours spent in enjoyment, the endings for the third game were acceptable at best, and decidedly worse for many. When you dig in a little bit, you start to see why. Roughly nine out of ten players will never see a game’s ending, giving developers little incentive to focus their efforts there. Instead, most games put their attention toward hooking players from the beginning, leading to an imbalanced story that wows you up front and gradually peters off as you continue through, hence endings that feel rushed, bland, or out-of-place. 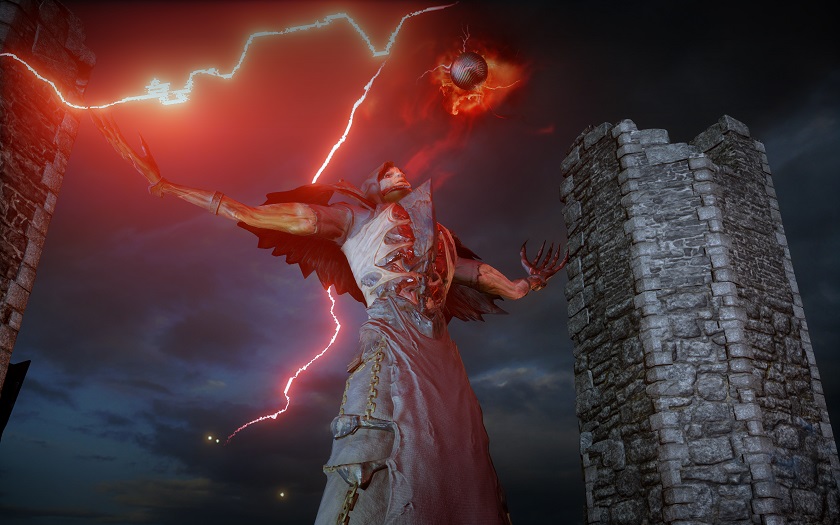 You might get a big action sequence or a great boss fight, but chances are that those will be less interesting than some of the events that have come before—take Dragon Age: Inquisition‘s final battle, for example. I spent hours upon hours grinding and preparing to fight a literal aspiring god, acquired a dragon to assist me in the fight, and, upon meeting this monster, I found him almost laughable in difficulty. I was prepared for an epic fight, having leveled my character to somewhere around 25 doing side quests. Instead, I found Corypheus to be so easy that, to have any fun at all, I had to up the difficulty–this turned him into a damage sponge, which is a feature worthy of a rant in itself, but at least gave me a little challenge as I fought alongside my hard-won teammates. Sure, I was powerful, but aside from some pretty thrilling visuals, ultimately the ending felt like a deflation.

Which brings me right back around to Firewatch and Gone Home. Both endings have been accused of plot deflation precisely because they don’t follow the big-hero model. In Gone Home, your investigation turns up an empty attic and a happy ending rather than the tropey, awful suicide every other piece of media has led you to expect. And in Firewatch, the conspiracy you’ve been investigating turns out to have been primarily of your own making, an attempt to find somebody to blame for all your problems with only a nugget of truth buried in it.

The difference between games like this and many AAA titles is that you’re not the hero–you’re the main character, but you’re not the savior. We expect games to give us a thrilling power fantasy, to let us experience a story as if we have all the answers, the skills, the ability to save the world. In Gone Home, the world saved itself while we weren’t looking. In Firewatch, every lie you’ve struggled to build comes down in a crash of mediocrity. You were wrong. Delilah was wrong. It’s time to stop running and deal with it.

These endings fail to satisfy many players not because they’re bad endings—they’re two of my favorites—but because they don’t feel like game endings. They feel like the end of a novel or short story or film; somebody else’s story, not ours. And that’s precisely how these games work. You might embody Henry or Katie for a time, but these stories were never really yours in the way that Mass Effects or even Uncharteds are.

We expect games to prioritize and cater to us. We’re the player, the consumer, the buyer, the hands behind the controller. But these games do something unique, something that might be distasteful in the eyes of some players. It’s that challenge to expectations that makes them interesting—even if you don’t like that Firewatch ends with Henry realizing there is no grand conspiracy, no plan, no evil figure to pin his woes on, no epic battle with dragons and guns and swords and whatever else a game often throws at you, it’s all the more memorable because of what it’s missing.