Get Your Game On Wednesday: Harassment, Game Recs, and Diversity

Howdy, gaming lovelies! Origins is right around the corner, so I’ve been browsing BoardGameGeek’s Origin Game Fair preview and dreaming about all the board games I hope to play.

Fandom is broken… when harassment sucks the fun out of it

Another week, another set of stories about harassment in our fandom. This week’s gem? Death threats over the two-month delay of a game release. Yup, gaming lovelies, we’ve come to this ridiculousness. Sean Murray of Hello Games, the studio behind No Man’s Sky, took to the Twitterverse to share the news that he’s gotten loads of death threats and now the studio looks like Home Alone, implying that the devs have lost any semblance of work/life balance for the next three months.

As a tech product manager, shipping on-time is key. Anything that misses the build up to that magical date starts to lose money, sometimes big money. No team wants to ship late. So although I’m not opposed to the idea of hunkering down and getting shit done to squash the delay, in this case, the level of intensity seems like caving to terrorists. Sure, Sean’s joking about the pillow forts in the office (or is he?), but part of me feels like it’s rewarding bad behavior.

Wouldn’t it be lovely if we could ban those harassers from getting their game on-time? What if you made a death threat and couldn’t buy the game at all? Ever. But let’s not stop there, it’s not just the company that tells you can’t buy it, your friends and fellow gamers say “Nope, we don’t play with people who make death threats.” What if as a community, we kept reinforcing the idea that harassment will not tolerated?

The gaming community has a harassment problem. We’ve been slowing unraveling it for months, whether it be #gamergate or #NotAtMyTable or others we’ve yet to hear about. Now is the time to engage in the hard work of educating our fellow gamers if we want to take back the fun in our fandom. I’m in. Are you?

This week, I’m throwing out something different in the what to play category. The latest games Humble Bundle offers some really great games with female leads, inclusive stories, female game devs and more. I also love a bargain and supporting charity, so take a gander at my picks from the bundle. 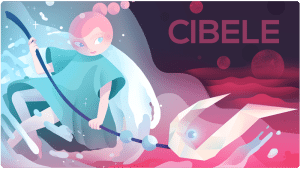 Cibele is a game by Nina Freeman that tackles love, sex and the internet. The 19-year old protagonist navigates a relationship started in an online game. Nina is also the creator of Freshman Year, another of my favorite narrative games. 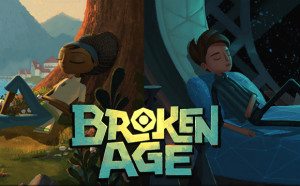 Yup, it’s the game that broke Kickstarter records. But more importantly, did you see that beautiful black teenage protagonist? The fine folks over at Double Fine created this 2D, hand painted adventure coming of age game. The game includes a great voice cast, including Masasa Moyo as Vella, and an original music score. 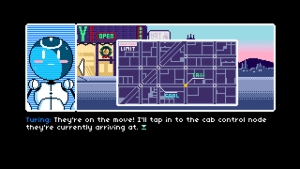 Read Only Memories – PC via Steam

A mish mosh of old school 90’s cyber punk and text based adventure game, Read Only Memories certainly captures that pre-smart phone tech feel. The game is from the company behind the GaymerX convention and the documentary Gaming in Color. 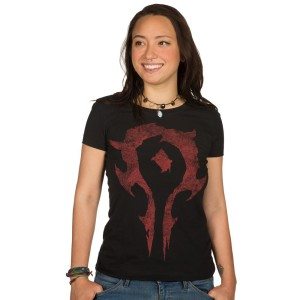 With the Warcraft movie release just around the corner (June 10), the merch is making its way out into the world. Thankfully the smart folks over at J!NX realize that WOW has tons of female fans. As such they’ve made their movie t-shirts available in men or women styles. Added bonus: The women’s t-shirt offers size options up to 2XL. 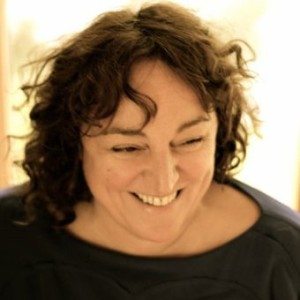 Marie-Claire brings an artist edge to the lead role at Women in Games. She’s been a senior lectured on digital innovation and game designer lecturer for the better part of the past 10 years. The amazing not for profit, Women in Games, works to recruit more women to the games industry and support the women who are there.

My latest obsession is cake toppers made from real icing. The Caker has all kinds of awesome gaming motifs from controllers, boys playing games, girls playing games, Destiny, Call of Duty and more. I’m a decorating tips and fondant kind of baker myself, but I love these clean designs.