Get Your Game on Wednesday: Goodbye to Disney Infinity

Hello, gaming lovelies! I’m super excited for a new tabletop gaming event here in New Hampshire this weekend. If there’s a game you’ve been dying to play or want to see more details on game play, send me a shout out. 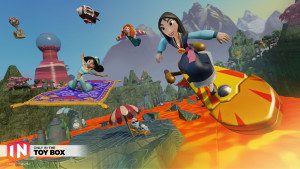 The time has come for Disney to get out of the self-publishing games business. Yesterday they announced that they will be discontinuing Disney Infinity after the last two planned retail releases, Alice Through the Looking Glass and Finding Dory. Unfortunately, this also means they are closing Avalanche, their in-house game development studio, which employs about 300 people. 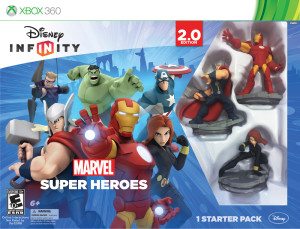 Disney properties and characters will still have games, but Disney will move exclusively towards a licensing model rather than develop them themselves. I do have concerns about this shift when it comes to adding more female and underrepresented characters in games. For example, will they be left out or play a reduced role like we’ve seen with other licensed merchandise like t-shirts and toys? Additionally, I’m keeping an eye on the game companies themselves. Will Disney partner with companies that are of aware of their employee diversity and striving for inclusion? Disney is such a powerhouse that they could incorporate both criteria as part of their licensing guidelines and I hope that they do.

If you’ve been waiting, it’s finally here this week. The release is so highly anticipated that Amazon is offering midnight delivery for Prime members in the UK. I admit I had a little nostalgia so I signed up for the open beta weekend a few weeks back. I wasn’t really impressed with multiplayer, but the game will also include single-player mode which I hear is better.

Get Creative Collection – iOS and Android

Take a peek at this free game collection of endless runner games created by a group of deaf children as part of a one-day game workshop. The event was out on by game studio Guerilla Tea and the National Deaf Children’s Society (Scotland). Show support to the developers, for events like these, by checking out their games and writing a quick review.

Developer Renee Gittins decided to create a kid-friendly video game to combat young girls being told they don’t need to worry about math after she experienced it herself. In the game Potions: A Curious Tale, young witch Luna, whose great skill is making potions using science and up to 120 different combinations. The game is currently still in development and just finished a successful Kickstarter campaign. 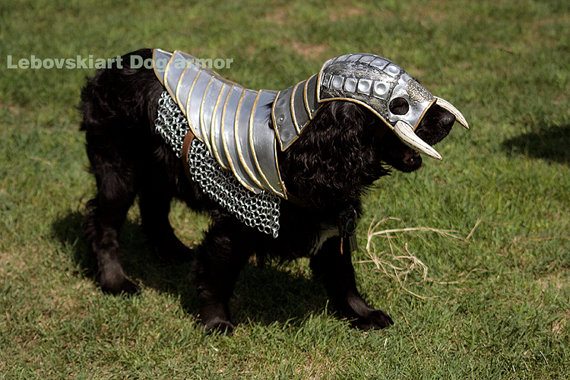 My love of LARP (live action role play) is legendary, which makes this week’s just for fun even better. What do you do when Fido wants to be part of your raid party?  Etsy shop owner Lebovskiart has your answer – aluminum dog armor! There are more photos in the shop but be warned dog armor ain’t cheap.  Until next week, happy gaming!