When I sat down to play Fashion Forward, I was at a bit of a loss. I don’t understand much about feminine fashion, and I couldn’t tell if the looks I put together were actually cute or just well-drawn. So I asked my good friend Katie Mayo to play the game with me. She’s a “casual gamer” (she plays Scrubby Dubby and Bejeweled Blitz regularly), a fashion buyer, and plans to pursue a degree in fashion. 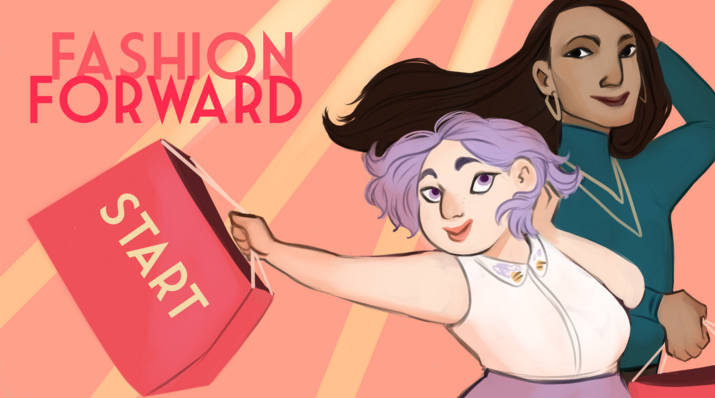 Al: What’s your favorite part of fashion? Why are you interested in fashion?

Al: How often do you play video games?

Al: The premise of the game is that you, as the player, are a stylist, and you’re going to help out these two people who are afraid of shopping.

Katie: (after a few minutes of playing) I’m trying to play this game, and it’s full screen, and there’s sound. “Hi, Finn!” There’s a character and their name is Finn … I like that Mimi [the curvier character] gets a lot of crop tops. I just don’t get the point of the game. It seems like [the two characters] have the same dialogue. I guess you’re supposed to look into their eyes and see if they like it. 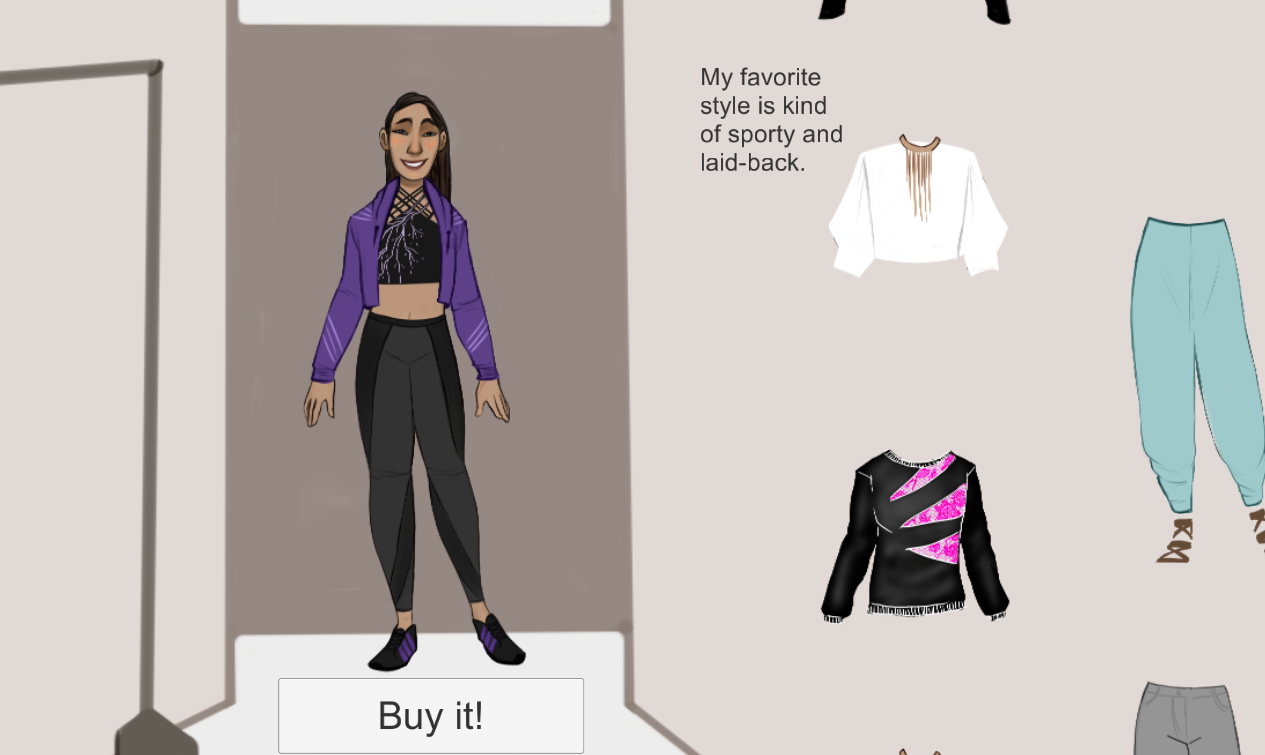 Al: What do you think of the art? And the fashion?

Katie: The art is cool. The fashion is cool. I like that they give the bigger girl crop tops. [The fashion industry] tells bigger women not to wear crop tops, but that’s bullshit.

Al: I’m curious what you think about the actual clothing. Would you buy these looks for your store?

Katie: Some of them. The drop crotch pants in Finn’s section. Actually a lot of clothes in Finn’s section. I don’t like the grey jeans in Finn’s section. There’s nothing expressly I wouldn’t buy for my store, but there are items I like less. I don’t feel like all the combos go well together. After you dress them they should say good things about themselves. Instead they say things like, “I wish my shoulders weren’t so wide.” They come in feeling nervous and they leave feeling nervous. They should feel better, more confident, after you dress them. I like that someone is credited for snacks. The more you play, the clearer the game gets. The fewer clouds you end up with at the end, the nicer they are about themselves.

Al: Do you think fashion can make people feel better about their bodies?

Katie: Yeah, for sure! But I think it can also make people feel worse about their bodies, especially if you’re not someone that the fashion industry caters to. It can also be deceitful; there’s a lot of vanity size going on. You’ll feel great at one store and crappy at the next, because at the first store you were a size two and at the second store you were a size six. There should really be an industry standard. 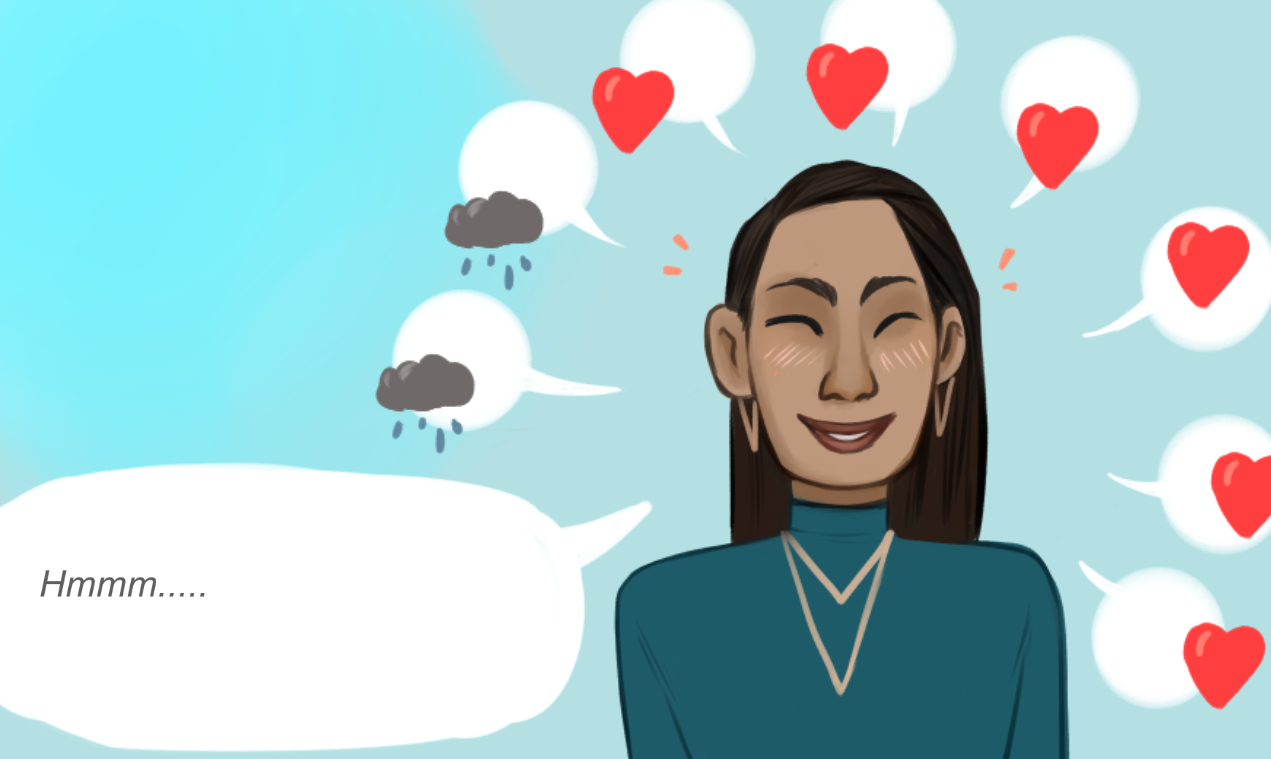 Al: So, there are two characters: Mimi and Finn. What did you think of the character design?

Al: Overall the game is very simple. You just choose outfits. What do you think of the whole experience?

Katie: I think that game was silly. It felt unclear as to what the objective was, I thought there would be more after you picked the outfits.

Playing games with newbies is always a fun experience, as I’m sure Katie watching me try to cultivate a sense of personal fashion is amusing. This was a great indie-made experience and got me thinking about an industry that typically baffles me. We had fun playing together and talking about the outfit options. Thank, Katie, for the interview, and thanks Fashion Forward for a cute experience!