Get Your Game On Wednesday: Coming Soon, Depression, and The Doubleclicks

Howdy, gaming lovelies! Time for another Get Your Game On Wednesday! I’ve survived another PAX East and I have stories to tell! But you’ll have to wait for a different post for all that fun. In the meantime, here’s a little gaming news to tide you over.

Betrayal at the House on the Hill: Widow’s Walk Expansion – Tabletop 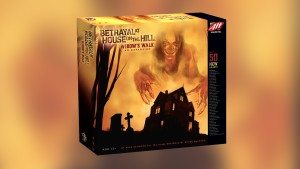 After more than a decade, the beloved RPG gets an expansion with 50 new haunts and 20 new rooms including, drum roll please, a bathroom. The new haunts have been written by a variety of game designer and gaming folk. Bad news is that there are no new characters. Boo. The expansion is expected out later this fall.

After five long years, Xbox players will finally get to play DC Universe Online. The announcement was made earlier this year, but during PAX East, the team made it sound like release is right around the corner. All five years’ worth of content will be available right away for Xbox players, but it won’t support cross platform play. 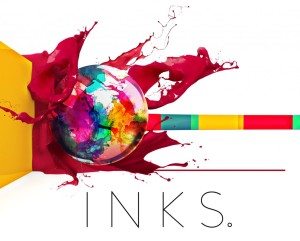 The studio behind the stunning Lumino City have announced their next game and it doesn’t disappoint. INKS is a colorful puzzle pinball that creates beautiful ink splatter as the ball bumps around. The image doesn’t do it justice so spare 42 seconds and check out the full game trailer. The game is expected out on May 6th.

After one of his supporter’s made a donation to his page with a thank you note saying “I tried killing myself last August, discovered your videos once I was released, and Smite has become a positive outlet for me. Thanks.” Rather than shout out some positive energy and a little gratitude, Smite streamer and commentator Brandon Nance made oodles of insensitive remarks about suicide and depression. The incident has causes him to resign from Hi-Rez Studio and the studio has made a donation to the American Foundation for Suicide Prevention.

Truth confessional time—this isn’t exactly new. Okay, it’s not new at all, but I heard The Doubleclicks live this weekend and was reminded of how fun this song is. Enjoy!