Consent in video games is not a new topic. Every game, to a greater or lesser degree, engages in negotiation with its player. Agency, that most vaunted of concepts, usually implies a situation where the player is given space to play the games in a way that suits them, to exist within the gameworld on their own terms. Some games, especially those that involve relationship building, demand that you adhere to certain standards of behaviour if you want certain characters to like you, but that is not true consent, and certainly not when the player always has the option to reload and quit out. There are also games that explore consent more literally. Robert Yang touches on much of this in the essay that he wrote on his game, Hurt Me Plenty, which discusses the ways in which consent is represented in games and ways in which that representation could be made more complex.

Hurt Me Plenty itself is what I want to focus on, along with another game, Cute Demon Crashers! by SugarScript. The games are opposites in their focus: Hurt Me Plenty explores the players ability to respect boundaries, while Cute Demon Crashers! is designed to allow the player to explore their own boundaries safely. Both games assume consent and respect as a desired goal, though they engage with the player very differently on those topics. 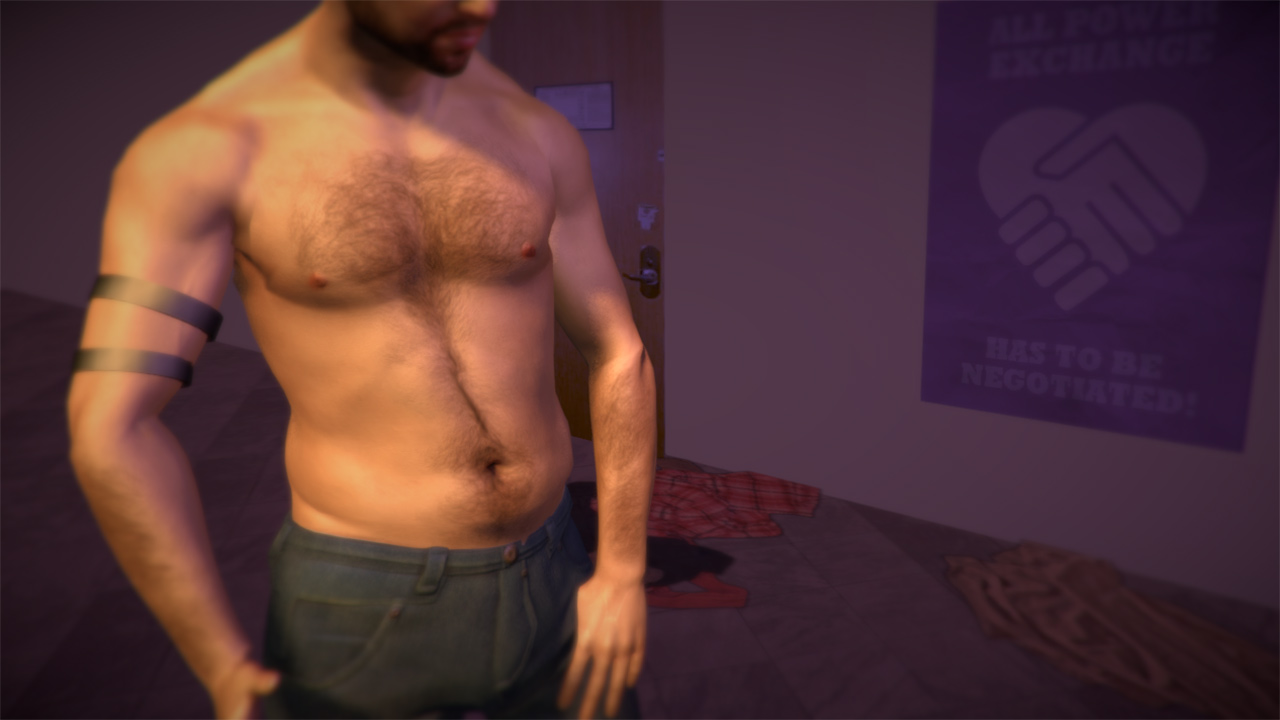 Hurt Me Plenty places the player in the role of the dominant member of a BDSM scene. The submissive, a broadly-built, muscular man, stands on the left side of the screen, his face obscured. In the first stage of the game, the player must move the mouse up and down, simulating a handshake, as boundaries are negotiated. In the second section, they flick their wrist back and forth to spank, and in the third stage, they must move the mouse back and forth to stroke their partner’s shoulders while he speaks about his experience.  By dividing the game into three sections, Yang highlights the artificial nature of the scene: this isn’t violence for the sake of violence, or an excuse for the player to act out vicious impulses. They must be as willing to be kind and gentle as they are willing to be aggressive or the scene won’t work.

Hurt Me Plenty also employs a locking mechanic. If the player violates the boundaries previously agreed upon while spanking, the game will refuse to play with them for a period of time. This mechanic is the centre of the game. The controls are sensitive enough that even a well-meaning player will likely, on their first playthrough, make mistakes and find themselves locked out. The game gives the player just enough noose to hang themselves with. Unless they pay very close attention to the signals, it’s easy to misinterpret the fading safeword as an indication to continue or to simply tap reflexively after it appears on the screen. And that is crucial, because being locked out of the game is in some ways the point of the experience. A perfectly considerate player might never see the lockout, but it’s not clear that the game was designed for those players. In his blog post, Yang states that “Meaningful relationships are never completely painless. Consensus does not simply happen in a second. It all takes effort. Perhaps a more meaningful relationship with technology would not focus on ease, but rather awkwardness, discomfort, pain, and friction.” The game is meant to challenge players, to push at their assumptions of what a game ‘should’ look like, and through that to initiate a conversation about what consent and consideration look like in other kinds of relationships and spaces. 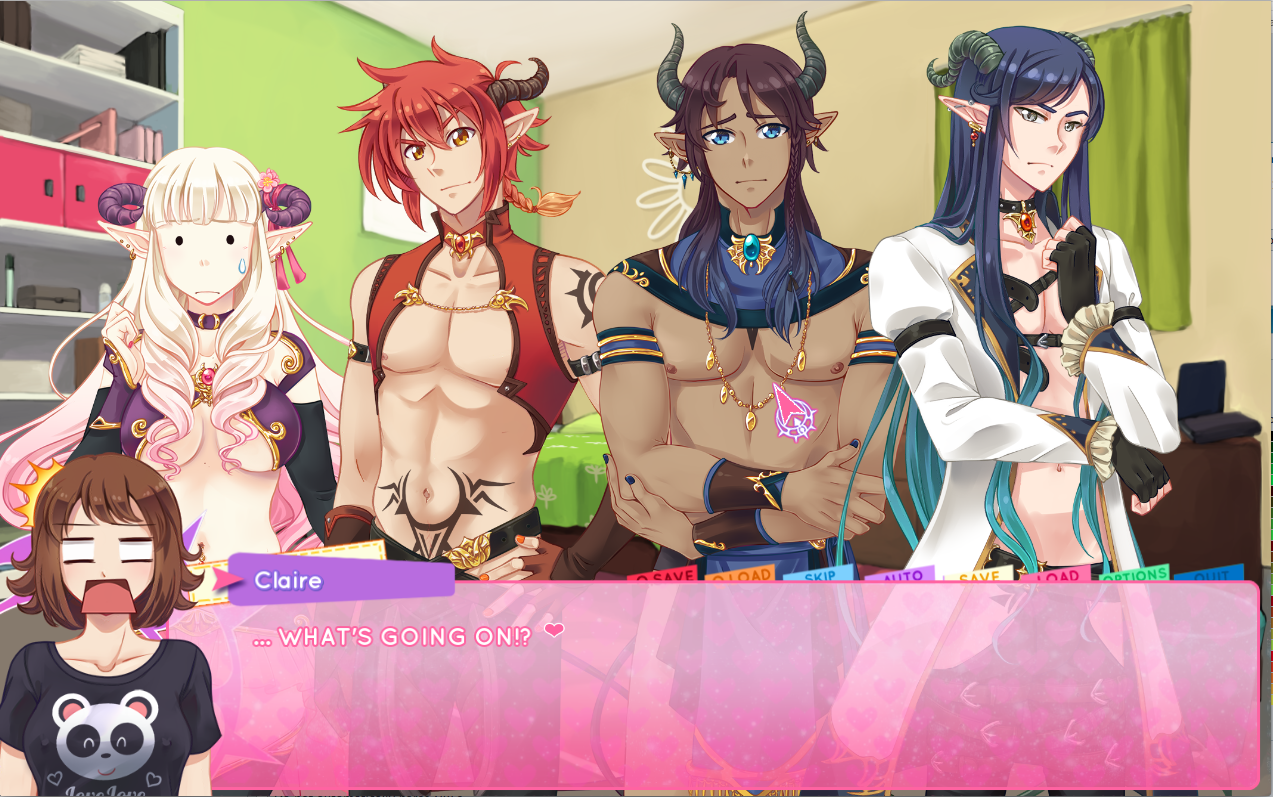 Cute Demon Crashers! is a very different game to Hurt Me Plenty. Its visual aesthetic is soft, built around pastels, the very opposite of the dark blues and reds that Hurt Me Plenty uses. It’s also a visual novel, focused on narrative and choice in a way that Hurt Me Plenty is not. You never see the face of the submissive in Hurt Me Plenty, but the characters in Cute Demon Crashers! are very distinct, with personalities and designs that highlight their differences. The game’s structure focuses on different kinds of communication and respect—the characters the player can choose to interact with and potentially sleep with are built around different relationship dynamics. Mirai and Kael are older and more experienced, and their discussions with Claire, the player character, focus on competence. Kael cooks for her, and Mirai gardens, and they both take care of her as a way of expressing their interest in her. Akki is also a virgin, and interactions with him place him on the same level as Claire. Orias, whose sexual specialty is BDSM, focuses on a gentle exploration of those desires. The different narratives let the player choose what kind of sexual experience they want.

Although narrative, and especially connection, is a crucial part of the game, Cute Demon Crashers! also uses mechanics to reinforce its themes. The games choices are very open, allowing the player as much control as possible. You can choose which of the characters to spend time with at various periods over two days, but even if you focus on one character’s narrative, all remain open as possibilities for a sexual encounter. Every choice includes the option to say no, and there is a button in the right-hand corner that can be pressed at any time if the player is feeling uncomfortable. 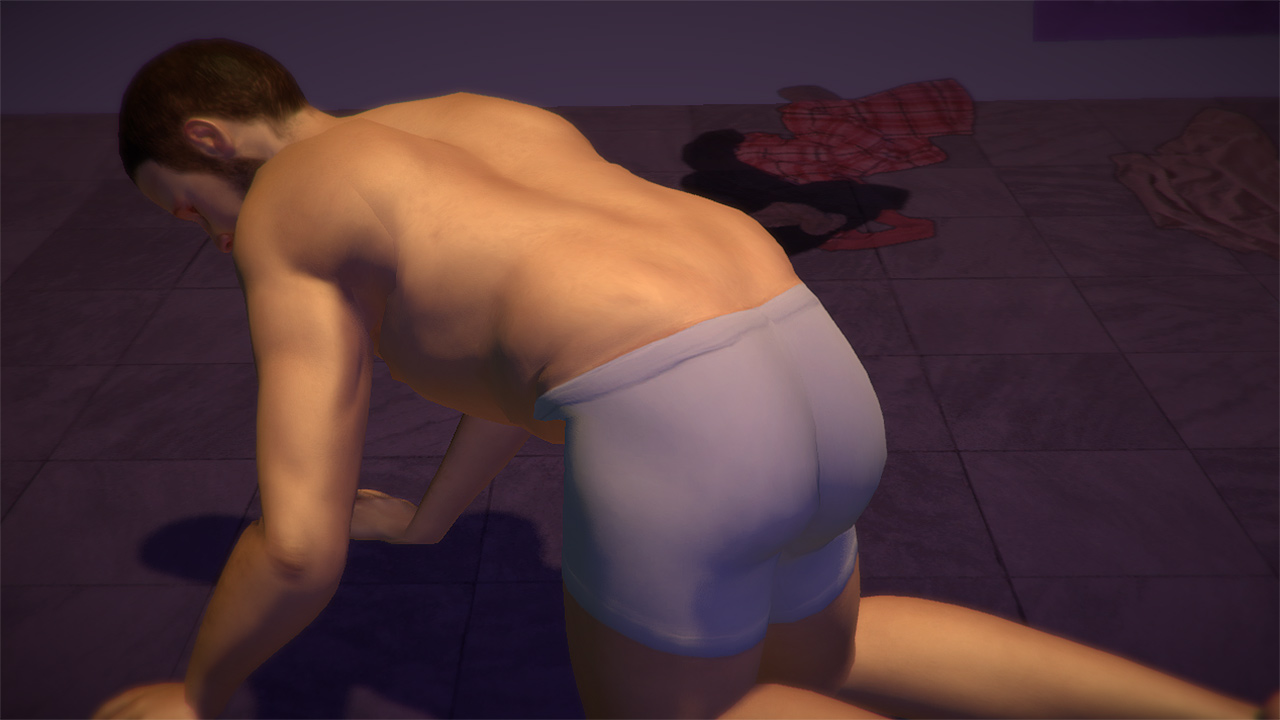 This is also highlighted by the games’ contrasting approaches to narrative. Hurt Me Plenty has almost no narrative. One can read a narrative into the submissive’s comments, and there is certainly an explicit and clear structure, but we have no names and no context for the scene. We don’t even see the submissive’s face. The lack of narrative draws attention to the game’s themes: it doesn’t matter what the situation is, because what the player should be doing—respecting the agreed upon boundaries—is the same no matter what events led up to that moment. Cute Demon Crashers!’ narrative is about making the player feel safe, about showing that the characters involved are trustworthy, that they will respect the player’s boundaries no matter what. Hurt Me Plenty shows the other perspective. Respect must be present, even without a name or a face to feel sympathetic towards. 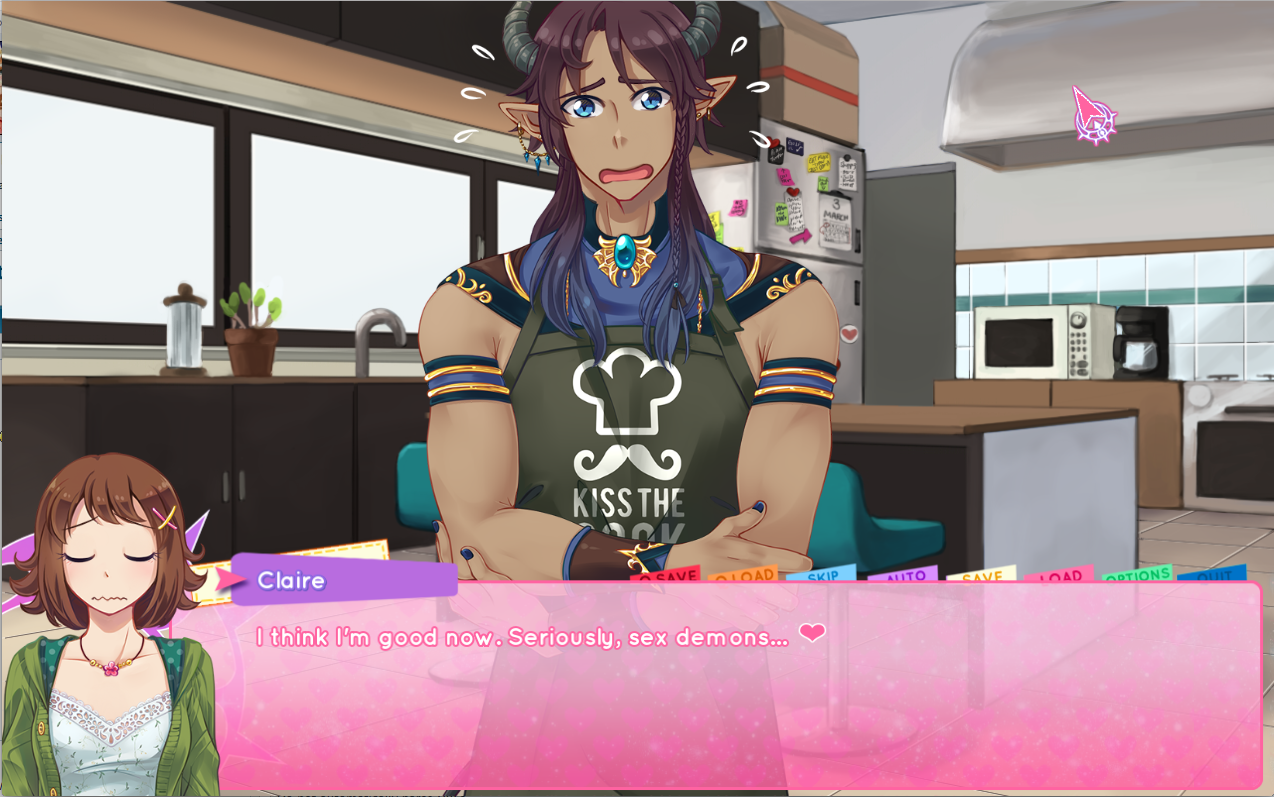 There’s no one mechanic or narrative that can express consent perfectly, but the dual perspectives offered by Hurt Me Plenty and Cute Demon Crashers! are a good start. Between them, they go a long way to opening up the field for further exploration. I’d love to see more games expand on what these two have done. And while it’s no surprise they they are both games focused on sex and relationships, I think there’s a lot that all games could learn from them. Boundaries and consent are at their most visible, their most tangible, in sexual relationships, but they exist everywhere. Games have the potential to be a fascinating medium for exploring those boundaries, and these two are an intriguing step in that direction.