Get Your Game On Wednesday: Sports Ball Refresh and Giant Monopoly

Howdy, gaming lovelies! This week, I spent time with a different type of gaming – watching the college basketball finals games. Tons of fun was had by all, but I think I’m all set with sports ball for a bit. 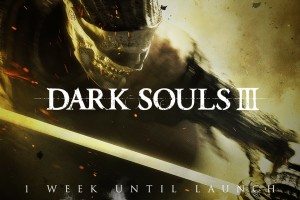 The game’s original March 24 release date has been pushed to April 12 (boo!) but that hasn’t stopped the buzz from building. Some early reviews are already out rating the game as a solid follow-up to the first two installments. Curious about it, have never played? No worries. The fine folks over at IGN have created this handy 5 minute story cheat to get you up to speed. 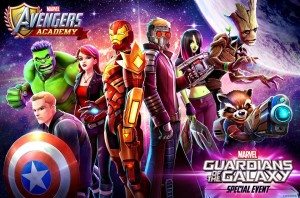 Need a cute game to kill time waiting in line at the grocery store? If you haven’t already, check out MARVEL Avengers Academy. The game tries to keep things fresh with limited time events that bring different super heroes into the game. The April 1 update features a limited time event with Guardians of the Galaxy characters like Star-Lord, Gamora, Rocket Raccoon and Groot. It’s a free-to-play game does include in-app purchases. 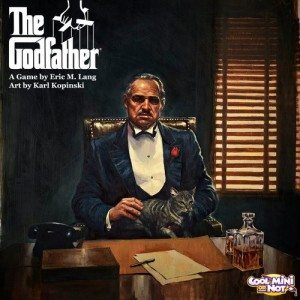 This mafia big box board game is not yet in production but hopes to be out later this year. Check out this early prototype demo with game designer Eric Lang (Quarriors!, Warhammer 40,000: Conquest) at the GAMA Trade Show.

Fun and flirty vs the male gaze

I thought last week’s kerfuffle about Tracer’s butt and Overwatch was just a blip on the map, but alas, it looks like it was the tip of the iceberg. I counted at least 5 separate Reddit threads on her new pin-up style pose, but it seems “controversy” appears to have gone the way of Hillary Clinton’s emails where most people don’t case anymore.

Not to worry though, the internet broke out anew over a trans character in the latest expansion for Baldur’s Gate. Some of the fine folks who play a fantasy game chock full of gender bending and mythical creatures were so enraged that one character with one line apparently ruined the entire game for them. Thankfully, the Forgotten Realms creator Ed Greenwood has called pish-posh to the whole mess and it’s worth a read.

Last week, I wrote about the awesome all-women gaming group out of Sisters in Arms, but later that week, this article on post started circulating my feeds on the “white male terrorism” problem in gaming. The thing that really breaks my heart about this story, isn’t that all women have experienced something like this to a certain degree, it’s how many people, including close friends, who are reading it and understanding why they left gaming. They’re coming to the realization that yes, this has happened to them. Similar to the tumble Hater Free Wednesdays, which keeps a list of inclusive comic shops, Hater Free Saturdays is keeping a list of gaming friendly spaces.

Lastly, I want to throw the gauntlet challenge down to the PlayStation product development team. Recently, a player with cerebral palsy contacted support over changes to the controller that made it difficult for him to game. A thoughtful employee modified the one controller and sent it back with a personal note. Yes, amazing and beautiful and feel good. But what about all our other disabled gamers? I’m hopeful that the Product Dev team is taking this seriously as a potential enhancement so players of all kinds can enjoy their games.

On a lighter note: Giant Monopoly!

As part of the London Games Festival, Trafalgar Square was visited by a giant Monopoly board used to highlight the gaming history. More pics can be found on their Twitter feed.

That’s it for this week. If you have any thoughts to share, feel free to add them to the comments. Until next week, happy gaming!