Roleplaying Games: A Piece of Me in Every Pixel

It’s fun to pretend to be someone else. That’s what roleplaying lets you do. Plain and simple. It’s one of the things that makes gaming so attractive. Sure, you can immerse yourself in a book or movie and pretend you are those people on the pages and on the screen, but in a game, you get to truly lose yourself and be the person you wish you could be, or empathize with someone else’s journey. 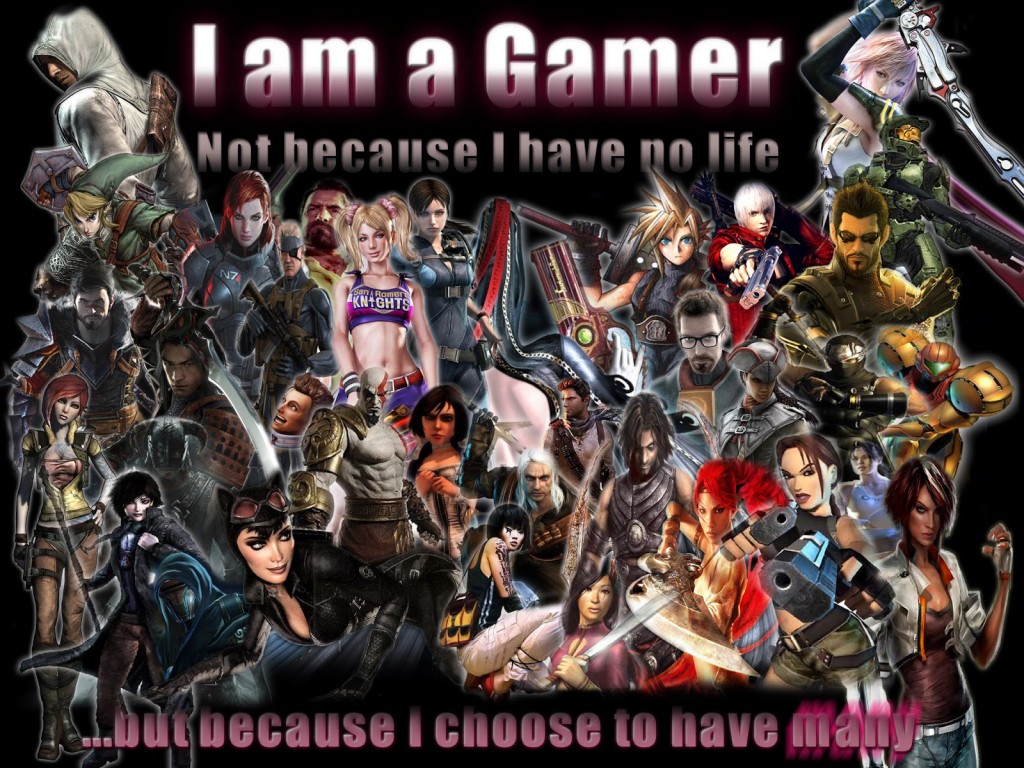 “I am a Gamer” created by Wendy Browne

The first roleplaying game (RPG) adventure that truly introduced me to the joys of roleplaying in video games was Final Fantasy VII. I took up Cloud Strife’s greatsword and ventured into Midgar, collected materia, loved and lost, and saved the world. But that was Cloud’s story. When I stepped into the world of Vana’diel in Final Fantasy XI, my first Massive Multiplaying Online RPG (MMORPG or MMO), my character was a blank slate. I got to pick her race (elvaan), and then determine her job (red mage), and set about to defeat the Shadow Lord and break the chains of Promathia and discover Aht Urghan. These experiences are integral to my gaming career, but, I learned later, they hadn’t taken me as deeply into the possibilities of roleplaying as I thought.

It wasn’t until my friends invited me to play City of Heroes that I really started taking things seriously. Well, mostly seriously, as you might notice from the character descriptions below. Not only could I determine what my characters would wear as they saved or destroyed the world with their mighty powers, but the game offered me the opportunity to tell others about these characters. Who they are. Their dreams and ambitions. Anything I wanted to add to that little box that other players could then pull up in game to learn more about my hero or villain.

I have not seen the description box in any of the other MMOs I’ve played, but since learning from my fellow heroes that they always gave their characters backstories, I have made it my goal to do the same, thus enriching my roleplaying experience.

While there is a story in an MMO, it does not take up that much of the hours of play time. The rest of the time is filled, well, any way you like. For some, that is actually role playing their character at all times. There are servers dedicated to this that I have personally avoided. While I love the roleplay aspect, I don’t feel the need to do it in every moment of my game, especially since I often use MMOs as a form of social media—an opportunity to hang out with my friends and kill dragons while we chat about our day. So, even as my necromancer searches for her long lost sister in Guild Wars 2 or my high elf ranger tries to prove her worth in Tera, I’m still very much grounded in the reality of my kids’ homework, the indulgence of a fast food craving, or speculating about the latest celebrity gossip.

I’ve recently dived into the world of Dungeons & Dragons where characters and stories develop more organically around the guidelines provided within the rule books and both the players and the Dungeon Master can throw things for a loop at any time. Within three different D&D sessions, I have a young forest gnome ranger who is fresh out of the woods and doesn’t know when to shut up. I have a pair of twins, a rogue and an alchemist, and also a wood elf druid who believes himself to be a blessed cleric from a noble high elf clan. The first and last characters play within an online group that meets up through roll20.net for some crazy antics. The twins let me get some writing practice in through game play on Myth-Weavers.com. I might not get to go that extra mile to live out my characters’ lives the way D&Der Vin Diesel did in The Last Witch Hunter, but “tabletop” roleplaying is still a lot of fun. 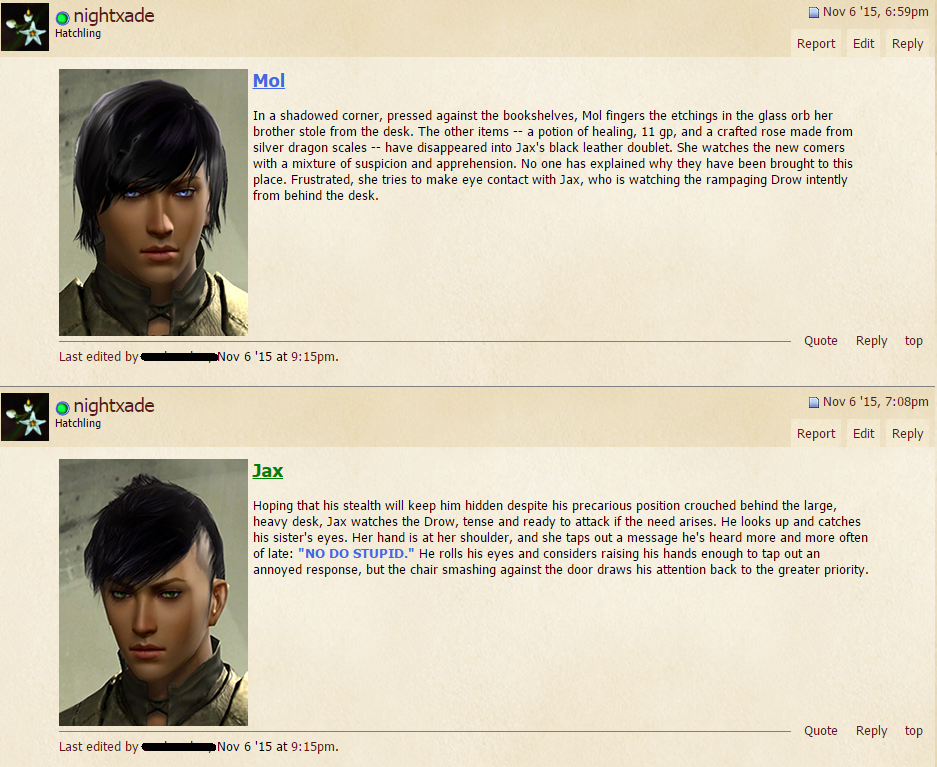 Although the parameters of roleplaying in pre-programmed games do not allow a player to stray too far from the main story path, video games have evolved quite a bit since my Final Fantasy VII days. While many maintain the concept of letting you become a particular hero and guide characters, like Lara Croft, through their adventure, others give you leeway to shape the path of the story, as with The Witcher, while others still let you determine your character’s personality and perspective. In the new The Walking Dead: Michonne game, do you play a Michonne who has given up on life and humanity, or do you strive for hope? 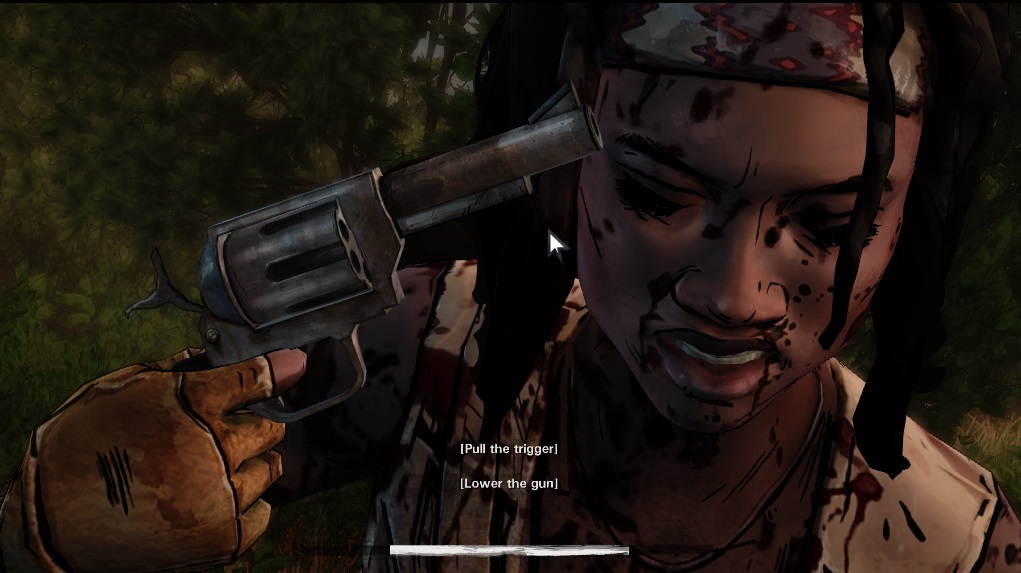 Other games give you even more choice, allowing you to shape both the plot and your characters. This is where I inevitably start talking about Bioware, a company that prides itself on the choices that you can make in the game, thus allowing you to shape a truly unique and personal experience. Do you save the Jade Empire with an open palm or a closed fist? Did you follow the dark path of the Sith or stay true to the light side of the force in The Old Republic games? Are you a Commander Shepard who approaches challenges with diplomacy, falls in love with Kaiden Alenko, and saves the galaxy through compromise in the Mass Effect series? Or do you punch your way through everything and everyone? 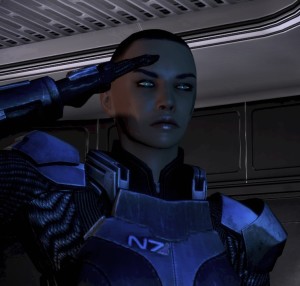 My Commander Shepard is such an important part of my life. As I said above, roleplaying allows you to become the you you wish you could be, and for me, Commander Molly Shepard—spacer, Butcher of Torfan—is that. She doesn’t pull any punches—verbally or physically—and while she can seem cold and heartless, she makes no decision without full comprehension that the consequences will weigh on her for the rest of her life. She takes the weight of the galaxy on her shoulders, because she can’t trust anyone else to do it. That is who she is and what she means to me when I write or talk about her. With Molly Shepard, I can speak my mind. I can make decisions without worrying about what others might think or coddling other people’s fragile emotions. There’s a job to do, and Molly Shepard and I are going to get shit done. 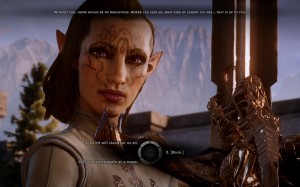 While I love Mass Effect, I feel that Bioware’s choices do-matter system has been most effective in the Dragon Age series, which began in 2009 with Dragon Age Origins. This time, I didn’t pick a character based on me or my ideal self. This time, I chose an aspiring mage who turned out to be really, really boring. So I re-started the game as a Dalish elf and it completely changed my perspective on the events and the characters. I love the Origins game for this approach, and I wish they had returned to it for Dragon Age: Inquisition. Still, my adventures as a human-hating dalish Grey Warden in Origins gave me some interesting insights into the world. Unfortunately, she didn’t stick around for the second game, where I played a human character escaping the very war my Grey Warden had been battling. In a world where mages are hated and incarcerated because of fear, I decided to play a mage who defied everything and whose sarcastic wit and political determination earned her high rank in the cursed city of Kirkwall. In the third game, Bioware let us choose again, but with a limited origin story around which to shape our characters. In Dragon Age Inquisition, I returned to my dalish roots and was not disappointed as the game unfolded to reveal a story heavily steeped in the ancient lore of the displaced elves.

These are my video game characters, of which I have many. Sometimes their backstory have already been shaped for me, or I can design their story and even determine, through my own writing and imagination, how their story continues long after the games are complete. Each of them is unique—the spawn of my imagination, but each of them, in there own way, is also a little piece of me.