Blood of the Covenant: 3 of Gaming’s Best Found Families

The found or chosen family is among my favorite tropes. I’m a firm believer in family being what you make it, and I find a special resonance with stories about people who cobble together their own familial units regardless of blood relation. Sometimes our blood families aren’t as caring or supportive as we need them to be, and found families in media are a reminder that it’s not only okay but healthy and wonderful to have a support network of people outside of our blood relatives.

The trope encourages supporting and caring for people platonically, not just romantically. While so much emphasis is placed on romantic relationships, friendships can be equally fulfilling and finding support in media is very important for people who may not feel accepted in real life. Support is a source of courage and hope, and even if it’s not real in the strictest sense, the emotions we derive from reading about moving character relationships are real. And in games, based around interaction and immersion, that connection can be even deeper.

Joel and Ellie in The Last of Us

Here’s an embarrassing confession: I’m absolutely terrible at this game. It’s the perfect mix of stealth and horror that leaves my nerves a wreck as I’m playing, but I’m so desperate to see these characters continue to grow that I’m pushing through it despite my post-apocalyptic nightmares.

Rather than introducing Joel as your stereotypical grizzled white dude hero, we see him first as a father—while he still is undoubtedly a grizzled white dude, we don’t just see him cracking jokes or saving fair maidens. Several years after his daughter dies in the Cordyceps outbreak, which turns humans into various kinds of infected zombie-like creatures, he’s tasked with taking Ellie, a girl immune to the infection, to people who will keep her safe.

The father-daughter dynamic you expect isn’t instantaneous, subverting our expectations that Joel will immediately warm to Ellie as a substitute daughter and that Ellie will be happy to have a protector because she’s immune. They outright dislike each other at first, and their interactions are just out of convenience and not because of Joe’s desire to protect the weak, nor Ellie’s desire for a father figure—because she’s immune, she’s able to do things that Joel and other survivors can’t. Both characters have suffered and are so focused on themselves and their own losses that they can’t see what’s happening to other people. It’s crucial to the game’s themes of survival that neither of them are able to grow on their own—through knowing each other, they’re able to rebuild themselves. Joel stops simply surviving, and Ellie learns to trust others. It’s not about the typical father-daughter relationship, but rather one of mutual support; Joel is as dependent as Ellie as she is on him, and they both protect each other in turn. Aided by the post-apocalyptic setting, they find the best of humanity in each other and grow beyond who they were and what they’ve lost, instead looking forward toward what they can become. 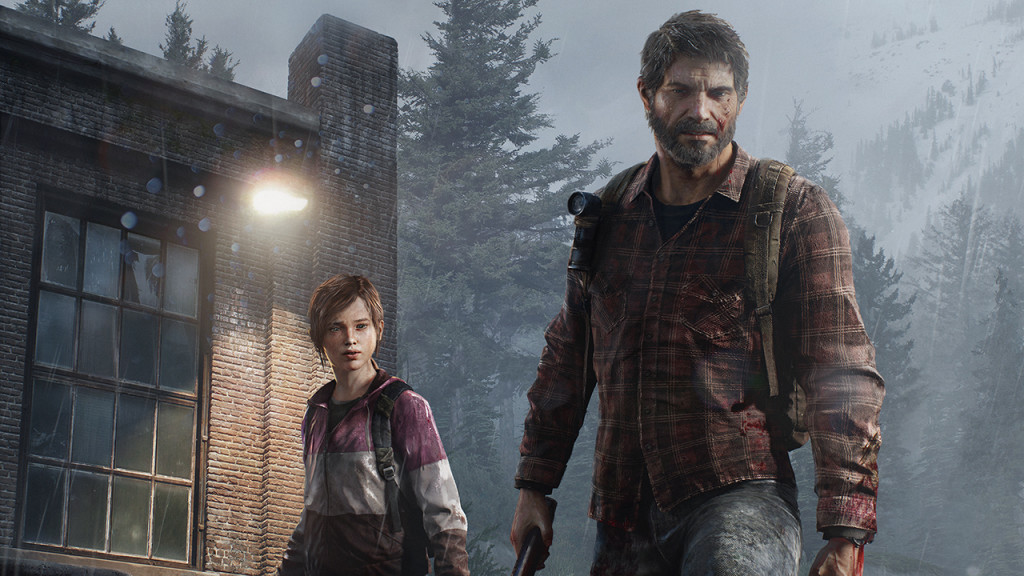 Iron Bull and the Chargers in Dragon Age: Inquisition

BioWare’s games are well-known for their in-depth characterization, and the casts of any of their games are deserving of found family discussion—Wynne plays mother to the Warden and crew in Dragon Age: Origins, while the entire crew of Mass Effect 2 grows to care for and respect one another despite their various competing allegiances. But there’s something special about Iron Bull’s relationship with the Chargers, his group of misfit mercenaries.

Sure, they’re a rowdy bunch whose rallying cry includes an interest in loose skirts, but from the admittedly small amount we learn about them in Dragon Age: Inquisition, it’s clear they’re a group that has each others’ backs when nobody else does. Krem, outcast from his family and his society for being transgender, is accepted into the Chargers without question. Grim is allowed to keep his secrets, and Skinner is a valued member of the team despite her proclivity for killing shems. 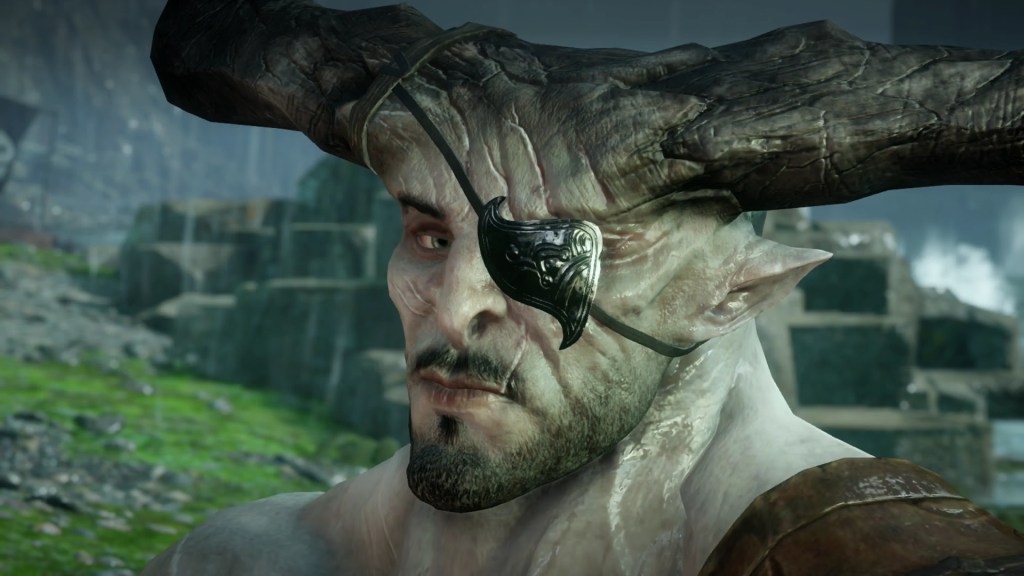 Everyone in Final Fantasy X

My love for Final Fantasy X goes way back (I wrote a bit about it here), but my connection with the game wasn’t just that Yuna and company were characters I wanted to model myself on. I was struggling with issues related to toxic friends and family as well, and seeing the way that these characters supported one another, even those that didn’t necessarily enjoy one another’s company, was a big reason why the game has stuck with me so long.

In the beginning, you’re introduced to Tidus, who comes from a different time and place and ends up as part of a growing group with a common goal: to escort the summoner Yuna on her pilgrimage to defeat Sin. Tidus goes along, because he’s trying to get back home, but ends up as part of this large, mismatched family comprised of people with different goals, backgrounds, and interests all united in their love and support of Yuna. While the player-controlled character is Tidus, he’s not the only character that benefits from this support; each of the story’s core characters gains something from journeying together, whether it’s replacing the family they’ve lost, self-assurance and purpose, or redemption.

Over the course of the game, the dislike between characters, like Wakka and Rikku, grows into respect and an examination of bias and flaws, and every member of the team is valued and appreciated. These models for relationships—fantasy though they might be—are important, because they show that love and support doesn’t always have to come from familial sources, and that the most important people in your life may start out as strangers. 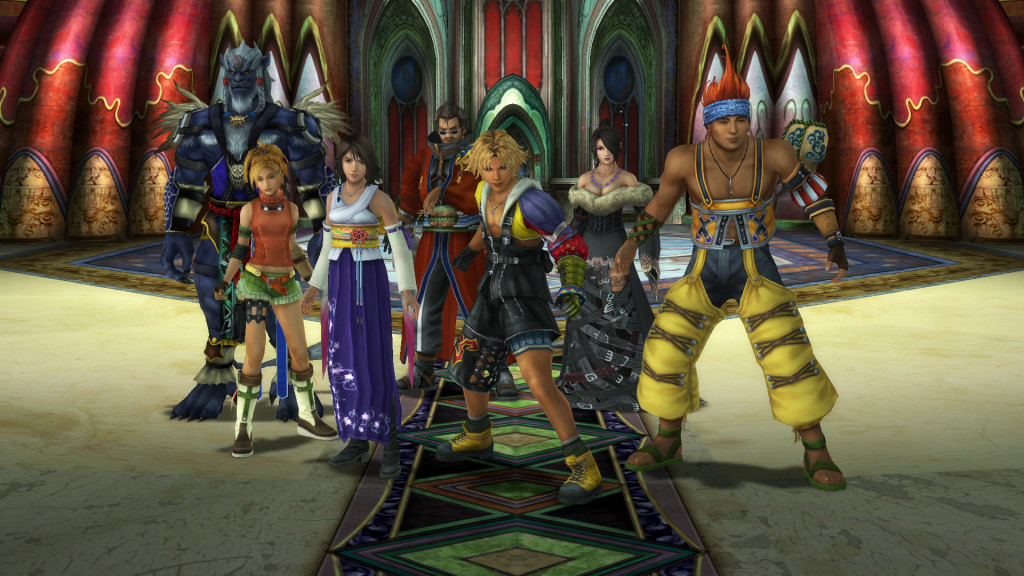 Found families show us that support and caring doesn’t have to come from blood ties. We’re all capable of cobbling together our own family units from the people who matter most, whether they’re related to us or not. It’s a source of hope and inspiration for people who need it, and, fictional or no, these three found families of gaming are unique and cozy reminders that family can be created, not just born.