The Auditory Experience of Rapture and Columbia: Score and Licensed Music in BioShock

Welcome to “The Auditory Experience of Rapture and Columbia” BioShock miniseries! In this three-part investigation, Paige Sammartino will sound out why this 2K Games series is music to our ears. This article contains spoilers for the BioShock series.

First-person shooters generally aren’t the type of video games best known for their ability to tell complex or thought-provoking stories, and yet for the BioShock franchise, narrative is among the most highly praised elements of the games. In the original, protagonist Jack never speaks aside from grunts and groans while battling his way through the underwater ruin of Rapture. In the most recent installment, BioShock Infinite, protagonist Booker talks about himself and his past as little as possible while traveling the floating city of Columbia with his charge, Elizabeth. So how exactly do the BioShock games create such a strong sense of place, time, and characterization to set themselves apart from much of the FPS genre?

Perhaps Korean rapper PSY said it best when his hit “Gangnam Style” went viral around the globe in 2013: “The world’s most famous and popular language is music.”

The much-lauded use of audio in the BioShock franchise is its primary source of storytelling, integrated so seamlessly that it establishes tone and foreshadows plot twists without raising suspicion from players. Among other victories across categories, BioShock took home awards for IGN’s “Best of 2007” Best Use of Sound, GameSpy’s Best Sound, and the Game Developers Choice Awards’ Best Audio. The number of accolades Infinite garnered warranted its own page on Wikipedia, and more than a dozen of its wins related to audio, score, and licensed songs. 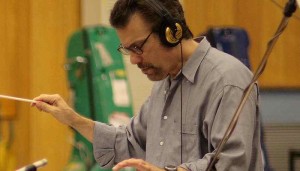 The use of soundtrack as a vehicle for storytelling is twofold: score and licensed music. The score, composed across the franchise by Garry Schyman, is effective in its sparseness. For many of the BioShock games, and particularly the first installment, the player operates in near silence. Where BioShock teetered more on the psychological horror line, the silence increased the tension, giving players a sense of loneliness and building up the anxiety of turning corners in Rapture. In Infinite’s Columbia, where the entire city turns against Booker within the first twenty minutes of gameplay, silence creates a sense of safety from the rabble … at first.

The orchestral soundtrack, which makes use of wistful violin to chilling effect, is used primarily to alert the player that something important is happening. Tracks accompany plot-relevant sequences and battle sequences, signaling enemies’ presence and not ceasing until all have been defeated. Coming out of the silence of traveling through and exploring Rapture and Columbia, players are sure for a jump scare and an adrenaline spike whenever frenetic strings alert them to the presence of enemies.

BioShock juxtaposes horror and lightheartedness in its score. Set in 1960, among the remnants of the once-prosperous underwater city of Rapture, the game combines the dark, dank visual art with old-timey music. Just as the silence for much of the gameplay amplifies the sense of fear, Schyman’s iconic violins recall Rapture’s glory days to create a sense of displacement among the ruins. Used as sparingly as it is, the score almost instills more horror than the silence.

In Infinite, the relationship between story and music is directly referenced in the game. Portions of the score are specific to Elizabeth’s steampunk keeper, the Songbird; a sequence of notes played in a particular order (C, A, G, E) prefaces the Songbird’s arrival to prevent Elizabeth from leaving her tower, sending her into a panic every time she hears it. The Pavlovian response is contagious; players will be turning their cameras in search of the mechanical monster at the sound of those notes as well. Later on, Elizabeth discovers that she herself can wield the Songbird’s power by playing its four notes, and so the music that once instilled fear becomes a source of power and control for her after being locked away her whole life. 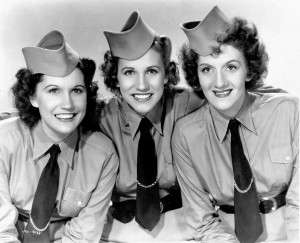 The Bioshock games also make use of licensed music for narrative purposes. BioShock continues in the trend of setting the stage through music, much as it did with its score; the soundtrack for the first game includes such artists as Django Reinhardt, Bing Crosby, Billie Holiday, and The Andrews Sisters. Their songs are played on phonographs in some areas of Rapture and establish not only the time period, but the dissonant theme of the game. The juxtaposition of cheery music with the dark, broken remains of a once-prosperous city build the setting’s eeriness. While Perry Como croons about how Papa and Mama love mambo and sway to the music, Jack fights off the once-human Splicers who inhabit the underwater city. Even more than the emotional incongruity, there is the pairing of music of an idealized time with the failed society built around those values. The romanticism of a simpler time in the “fabulous fifties” stands in stark contrast with the mutilated paradise people of that era created.

BioShock’s soundtrack of licensed music also has some bonuses for players on their second playthrough. A number of the songs are connected to longing and want, particularly for family. For example, Patti Page’s “How Much is that Doggie in the Window” is from the perspective of a woman who wants to buy a dog for her sweetheart to keep him company and protect him while she’s away from home, and “Danny Boy” is a traditional Irish song often interpreted to be about a father and son who goes off to war and returns after his father has died. Considering that Jack is the illegitimate son of Rapture’s founder Andrew Ryan, and was sent away and brought back by Frank Fontaine as as a tool for his own takeover of Rapture, the subtle theme of lost family in the soundtrack is pretty serious foreshadowing. Jack is also genetically engineered to age more quickly, meaning that he appears as an adult despite being about four years old; he has never and will never experience his own childhood or a past spent with a traditional family, and the soundtrack reflects this longing for a past and loved ones to call his own. 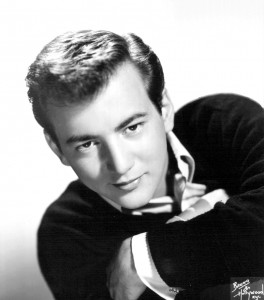 Bobby Darin’s “Beyond the Sea,” the song most prominently featured in the first game, also expresses a longing for love and happiness away from the water. The lyrics pine for a life away from the water and conclude with the lines, “Happy we’ll be beyond the sea/and never again I’ll go sailing.” In the midst of lyrics that remind the player of what Jack has lost, this song foreshadows the happy ending to come: Jack’s escaping rapture with the Little Sisters he saved and living out a peaceful life. Even though Jack’s childhood was far from normal and he doesn’t have memories of the past to recall fondly, he does create positive memories of growing up by becoming a father to the Little Sisters and giving them the opportunity to leave the underwater prison as well.

Infinite uses similar tactics to foreshadow the entire plot without tipping off players. The setting of Columbia of course incorporates patriotic and religious or pseudo-religious music to match its leader Father Comstock’s warped vision of what America should be. These tracks, meant to inspire or instill calmness and hope, become hypocritical through a corrupt society’s self-serving interpretation. The mingling of these songs is also a subtle commentary on the intertwining of politics and religion, both in-universe and otherwise. Songs like “The Grand Old Rag” connect to the omnipresence of the American flag in both the streets of Columbia and the game design, such as in menus, loading screens, and even the logo (where the flag tears and becomes filthy in its first appearance).

In addition to the time-appropriate music to set the scene, Columbia features a number of anachronistic tracks re-envisioned for its 1912 setting. This ties into the existence of alternate universes, as Fink steals the songs from the future to cash in on them in the past, but the integration of more modern music isn’t arbitrary. The first time Booker sees Elizabeth’s ability to tear into other dimensions, the song playing in the background is Tears for Fears’ “Everybody Wants to Rule the World,” a song infamous for its lyrical dissonance delivering a serious observation of power’s ability to corrupt to the tune of 80s new wave. Not unlike Infinite itself, the song hides social criticism in presentation attractive to a wide audience. The song reflects not only Father Comstock’s desire to rule the world but foreshadows Frank Fontaine’s similar desire in Rapture decades later.

A ragtime band covers the Beach Boys’ “God Only Knows” early into gameplay. The lyrics speak to a lifelong devotion to another person, which can easily be interpreted as familial or platonic love; this certainly speaks to the father-daughter relationship between Booker and Elizabeth. The lyric that relates to life going on, but not having meaning without the other person is realized when Elizabeth sacrifices herself to the Songbird to save Booker and he must fight to get her back, among other instances in their relationship. “God Only Knows” is also notable for being the first song outside of traditional songs like, ironically, “God Bless America” to mention God and receive widespread radio play.

The Infinite equivalent to “Beyond the Sea” would likely be “Will the Circle Be Unbroken,” a song that connects to the crux of the narrative. It appears a few times over the course of the game in different renditions, including a performance from Elizabeth and Booker themselves. It is the first licensed song the player experiences, a choral rendition as Booker enters Columbia. First-time players connect the religious tone and lyrics such as “There’s a better home awaiting in the sky” with Columbia as a flying nation led by a radical prophet, but for players in their second playthrough, it takes a new meaning.  Booker has been here before, this has all happened before, and the narrative is a never-ending cycle until Booker and Elizabeth find a way to break it by killing Father Comstock before he is baptized and becomes Father Comstock. That is, by killing a young Booker DeWitt.

These tracks, meant to inspire or instill calmness and hope, become hypocritical through a corrupt society’s self-serving interpretation.

Traditional lyrics for this song tell the story of a child torn between faith and mourning after a parent’s funeral. In place of the baptism that sets Booker himself on the path to religious radicalism, his daughter Elizabeth drowns him, erasing their existence for the betterment of the world. That “better home awaiting in the sky” may be implied in the game’s ambiguous ending, where Booker wakes up in the past and goes to see his daughter in her bassinet. Though no official explanation has come to light, players may interpret this as Booker’s Heaven: the opportunity to live happily with his daughter.

Gary Schyman’s moving score sets the tone for the the narrative specific to the BioShock games, while the inclusion of licensed music builds time, place, and theme. It’s little wonder that recognition of and accolades for the franchise’s music have been plentiful, from individual players to industry professionals. Irrational Games made full use of music as a means to share a narrative that transcends words on the page or images on the screen.

Read the rest of the The Auditory Experience of Rapture and Columbia series.