Get Your Game on Wednesday: Award Season

Happy happy, gaming lovelies. The snow is finally falling here in the Northeast, so it’s beginning to feel like winter. Grab a cocoa and check out this week’s game news.

Both the Game Developers Choice Awards and Independent Game Festival announced finalists this week for their respective upcoming awards ceremonies. These two in particular caught me eye the Game Developers Choice Awards are peer-based awards from professionals in the industry and the Independent Games Festival as indie games are driving so much innovation and diversity.

What surprised me was the amount of cross-over between the two lists. Indie titles showed up on the Game Developers Choice in areas for innovation, debut and narrative.

Unfortunately trying to figure out if any of the studios, triple AAA or indie, have female developers and designers on staff is challenging. One studio has a bright shiny well-meaning photo of their team, but it includes about 30 men and only 2 women.

Since women seem a little scarce on the award list, I thought I’d poke a little fun. Besides, everyone knows that when talented women do actually win awards, folks will only ask or comment on their appearance.

So gaming lovelies, I give you, award season fashion inspired by several of the nominated games.

The “true detective” game where a woman is interviewed several times about her missing husband has caught everyone’s attention with its creative narrative.  As with any good sleuthing, this outfit is simple at first but the devil is in the details with gorgeous lace button up booties and a crystal-embellished clutch.

This tale of a teenage girl, Max, who has the ability to rewind time has made waves on and off the screen. From the developers’ choice to make a game with a female protagonist to the dedication to providing a full narrative game experience that focuses on the story, the art and the music. This outfit’s color scheme reminds me of Max’s naivete and good intentions.

The strangely emotional RPG doesn’t look like much but the game mechanics are intriguing. You can choose not to kill anything or you can, but this is a game that understands its audience and things are not always what you’d expect. It always seems to me that the wearer of a mermaid dress is secretly saying “you think you know me”. The accessories here are an obvious shout out to the monsters you encounter along your journey.

In other news, Agatha Christie’s the ABC Murders is due out in February.

Fans of Agatha Christie’s work should be pleased to know that they can play as detective Hercule Poirot trying to find clues. The behind the scenes videos feature two of the game female designers. Whether this is by design or not, it’s certainly refreshing to see. The game is expected out for PC, Mac, PS4 and XBox One. 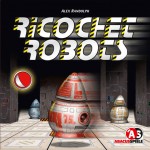 Before there was BB-8

There was Richochet Robots*! Come on, look at that cover art. Can’t you see the resemblance? Anywho, the mind numbing programming-esque game has inspired a new game, Micro Robots. The game mechanics sound similar, maybe even harder, but on a (thankfully) smaller board.

*Seriously, if you love a challenge, check out Ricochet Robots. Although it’s a board game, I sometimes play by myself, trying to solve how to get my robot across the board. 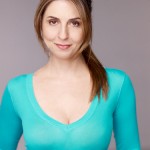 And last but not least, this week’s spotlight on women in gaming

Ever wonder about the voice acting in video games? Then this interview with Canadian voice actor Ellen Dubin is a must read. She’s worked on games such as Elder Scrolls: Skyrim and the Elder Scrolls Online, Guild Wars 2, Star Wars: Uprising and Fallout 4.

That’s it for this week. I’m off to my first convention of 2016 and have my fingers crossed to check out some new tabletop games. If I do, I’ll be sure to share next week. Until then, happy gaming!