Cloud Chasers: A Game About Immigration and Glitches

Cloud Chasers describes itself as “A father and daughter on a desperate journey in hope for a future beyond the deserts.” It won 2015 GDC Best in Play, was a 2015 Finalist for Best Mobile & Tablet Game at GameConnection Europe, and was Selected at Indie Arena Gamescom, IndieCade @ E3, and Amaze Johannesburg. So, does it live up to all the hype? 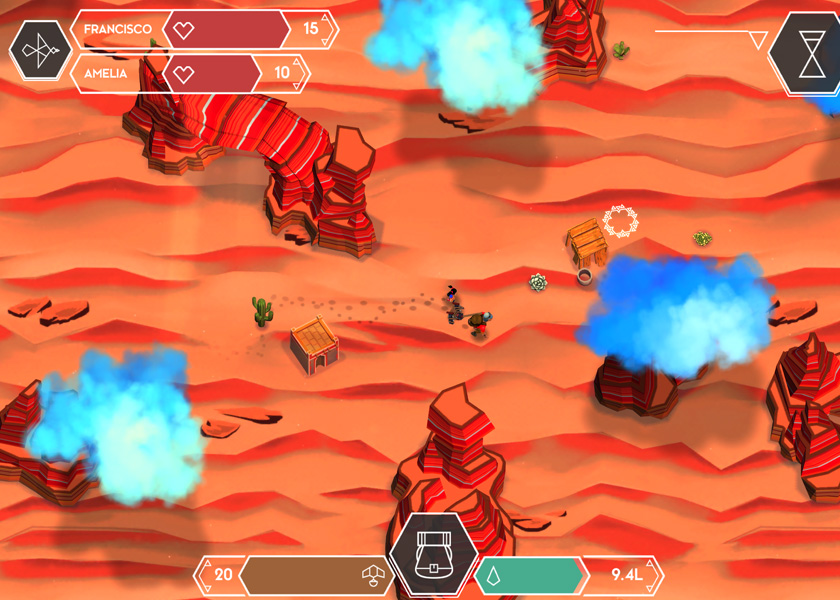 Immigration is a huge subject. In the United States, where I live, it’s even more a subject of conversation than usual with the 2016 elections coming up soon. It’s a divisive issue, and the fact that we’re talking about people, about human lives, often gets lost in the discussions of numbers, of housing figures, and of job availability. We lose the individual stories.

My day job is in higher education where this topic can be extremely delicate and dangerous. Undocumented students exist everywhere, though institutions often pretend they don’t. There are levels of secrecy and willful ignorance in navigating any problems these students have. Their voices are often lost in the bureaucracy.

Then enters Cloud Chasers. Often, I find games, like other art, can touch on subjects we’re too afraid to outright discuss. This game, built for phones, is the journey of a father and daughter after the wife/mother dies to a “better life.” The father tells the story through passages like journal entries. The privileged class in this world lives in a world above the clouds, out of reach of the dangerous deserts the duo must navigate. 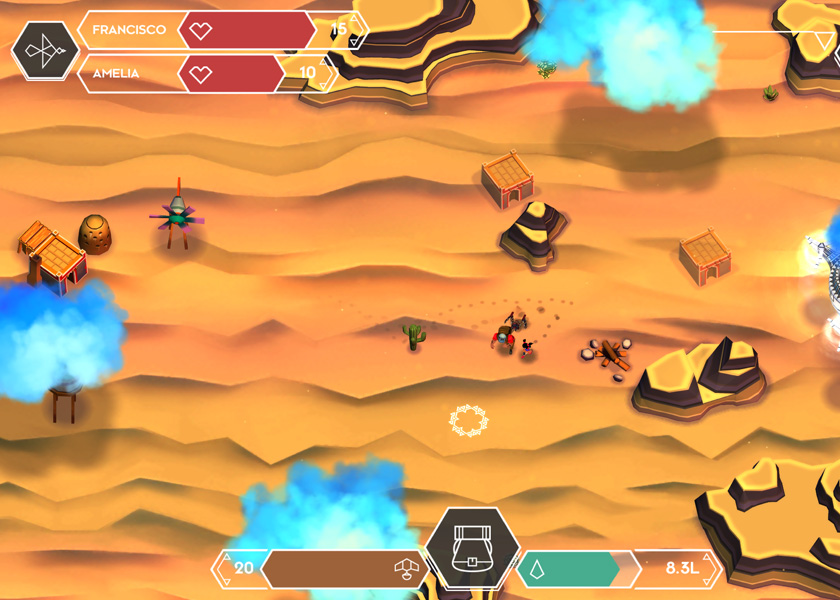 Aspects of this game were very frustrating. And I’m not just talking about the extreme class divisions the story points out. The gameplay itself is tough. Dying means starting all over, which is a daring move for a phone game. There are a lot of things to worry about in your travels. Maybe you’ll die from injuries, or maybe you’ll die from dehydration. That’s where the cloud chasing aspect comes in. While you make your way to a higher plane, you must collect water from the clouds in a mini-game to prevent certain death. Though difficult, especially for a phone game, the gameplay is straightforward and integrates a few different genres of play together well. Several people I’ve spoken to about this game had a lot of problems with glitches when the game first came out, to the point that they won’t play it anymore. However, I’ve somehow avoided most of these glitches though I know others still struggling with them.

This game gives you stories, it gives you people who are struggling to just get to a safe place to live. Though these are fictional characters in a simply beautifully rendered, deadly environment, the thrust of their stories is true to so many people migrating right now. “An estimated 9 million Syrians have fled their homes since the outbreak of civil war in March 2011,” and many families are still separated.

If you needed some more encouragement to check it out, Blindflug Studios gives a share of their revenue to MOAS (Migrant Offshore Aid Station).