The indie video game community has been turning to literature for its inspiration, and in particular, the works of Haruki Murakami. Bitz Byterz is currently running a kickstarter to fund Memoranda, a 2D point-and-click adventure inspired by Murakami’s  short stories. Ackk Studios is also working on a Murakami-themed title, YIIK: A Postmodern RPG, in the style of the Mother games. Both are currently slated for late 2015 release.

With work praised and prized around the world, Murakami is one of today’s most influential and recognized contemporary writers and a go-to for postmodern literature. Taking his wind-up birds and hard-boiled wonderlands as inspiration for video games got me thinking: what other works of fiction could be reimagined for consoles, and what other genres could literary games emulate? Here are a few picks I wouldn’t mind seeing. 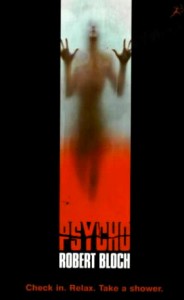 The works of Robert Bloch in the style of Slender: The Eight Pages (2012)

Best known for penning Psycho, Bloch grew up consuming pulp magazines and Lovecraftian stories. His extensive list of short stories and novels covers horror, science fiction, and crime fiction. Bloch once quipped, “Despite my ghoulish reputation, I really have the heart of a small boy. I keep it in a jar on my desk,” a line quoted by and often misattributed to Stephen King. Channeling his stories into a survival horror game, particularly with a child protagonist, would make for some great jump scares.

The works of Stacey Richter in the style of Tomba! (1997)

Stacey Richter’s irreverent writing could only be reimagined as a distorted dream-world drenched in color. The classic gameplay and all-around cuteness of Tomba‘s world meshes surprisingly well with the plot to retrieve his grandfather’s memento from evil pig wizards. Richter’s and Tomba‘s worlds share quirky charms and a lack of reaction to absurdity and unsettling truths, perfect material for a new adventure game. 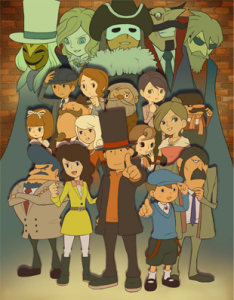 Jennifer Egan tackles the obscure or experimental with presentation and style. In particular, her Pulitzer-winning A Visit from the Goon Squad jigsaws its way to its conclusion through the eyes of many narrators across time. For a quirky ensemble of characters, puzzles and mysteries, and the omnipresent potential that all will end in robots, a mashup of Egan and Layton is the way to go.

The works of Kazuo Ishiguro in the style of Bioshock (2007)

Bioshock already has its fingers in the pie a bit since Ayn Rand’s writing played a significant role in the world-building of Rapture, but its integration of literary theory and alternate history in the first person shooter/horror setting make it an ideal match for Ishiguro. His sophisticated prose proves the fluidity of literary merit, rarely committing to genres but always prioritizing narrative and characterization. Bioshock‘s audio diaries alone have so much potential!

Honestly, I just want to see Church and Cujo driving tiny cars and throwing bananas at one another.