We’ve covered anime redheads. The books section has their literary gingers. And of course there’s the original comic book superheroes and villainous redheads. You love WWAC’s redhead collections as much as we do! Now it’s time for the games section to get on the ginger train with our pick of the deadliest video game redheads. 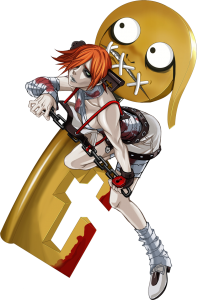 A.B.A is a homunculus, a scary concept from the get-go. She wears bloody bandages, and is in love with a giant evil key. She’s really only ten years old, being lab-grown, and has never met anybody (which makes her hard to deal with). She’s quite bossy, and very jealous, and is prone to starting fights when she feels that her bond with Paracels, said key, is being threatened. During fights she draws power from blood packs, which is a cute spooky touch. She’s not a bad girl, and most of her scariness comes from the sad circumstances of her young life. But at first glance—or suddenly, in a darkened alley—you’d be forgiven for thinking, “Oh cripes! I’m gonna die—!” 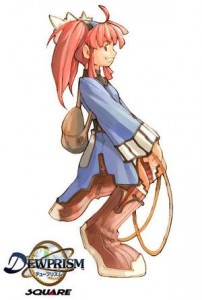 Mint isn’t your traditional scary. Sure, she looks like a normal girl, wielding magic rings of some sort and on an adventure. But no! There is darkness here! In Threads of Fate, two protagonists join forces (reluctantly) in order to find the most powerful ancient relic possible. Rue, the quiet and well-manner amnesiac boy, just wants to bring his dead foster mother, his only family in the whole world, back to life. What does Mint want? WORLD DOMINATION! Mint is a loud, overbearing and obnoxious brat, who literally stomps until the screen shakes when she isn’t getting her way. Now, tantrums aren’t the scariest thing—until you pair them with magic fire balls, that is! Mint’s rings allow her to channel different forms of magic, almost all of which are offensive—Cutter, Arrow, Bomb, Cyclone, and Napalm. Neat-o! And her threats of world domination might be ignorable, if she wasn’t actually royalty and could be in a position to conquer it. That’s right—Mint is looking for a super-powerful ancient artifact to overthrow her sister, whom was chosen as successor to the throne over her because of her horrible attitude. So, a spoiled brat who can cast a napalm spell and wants to take over the world by ousting her baby sister? Yeah, doesn’t sound scary at all… (Man, I miss this game.)

This was supposed to be a top ten list, but I got a bit carried away. — Wendy Browne 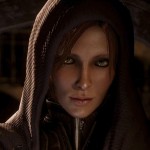 When we first meet Leliana in Dragon Age: Origins, she is a lay sister at the local Chantry, convinced that the Maker has chosen her for a noble cause. In truth, Leliana is trying to atone for her sins as a bard under the training and command of a woman named Marjolaine. As the Dragon Age series progresses, Leliana comes to terms with both her penchant for stealth and murder as a bard, and her religious devotion. She becomes Sister Nightingale and the Left Hand of the Divine Justinia, the leader of the Chantry and the woman who helped Leliana escape her captors. Now, Leliana’s ravens and spies whisper their secrets in her ear and her daggers are always ready to do whatever is necessary to protect the Divine. Her loyalty and passion and faith is unshakable, but those who try to cross her and the causes she fights for might just find themselves dead. Or worse.

Lilith is introduced to players as “The Siren” in Borderlands, but we learn that she is actually one of six such women gifted with incredible power that continues to grow as she absorbs more and more eridium.

Unlike the usual scary, magical women trope, Lilith’s phenomenal abilities aren’t feared by her companions, but her enemies better damn well watch out for the Firehawk. 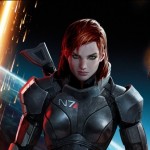 Players can create a Shepard, male or female, that looks however they want, but the default female Shepard is a redhead. Players can also choose to play a kinder, gentler Shepard, but that doesn’t make her any less deadly than a Renegade Shepard who is always ready to punch her way to infamy. The fate of the entire galaxy rests on Commander Shepard’s shoulders. She ain’t got time to waste on politics and public relations when a sniper rifle or a biotic charge can make her point with far more meaning. Commander Shepard is a hero, not merely because she can (and will) save the galaxy, but because she knows that sacrifices have to be made along the way and is willing to shoulder the burden, so don’t try to stand in her way.

Being a sorceress who is allergic to healing magic and potions is inconvenient, but that does not preclude Triss Merigold from kicking ass. Whether she is fighting at the Witcher’s side, or advising kings, Triss can hold her own. She is a founding member of the Lodge of Sorceresses whose goal, the sorceresses say, is to protect the interests of magic within the many kingdoms of this world, but their power and influence is dangerous and not to be trusted.

Rayne is a dhampir—the offspring of a human mother and a vampire father. She has no love for the blood-sucking side of her family, and in the 1930s society in which she hunts, no vampire is safe from her arsenal of blades and exploding things. In the 2005 film, Rayne is played by Kristanna Loken, who is determined to stop her evil father, played by Ben Kingsley, from destroying the human race.

“I should not have been. It was written that twenty-three years ago, in the year of the fire-horse, a deity would be reborn, in the body of a mortal man. A savior, destined to unite our people and show us the way to the Promised Land. Instead, I was born from my mother’s dying body…and my people wept. They said I was a portent of doom…maybe they were right.” 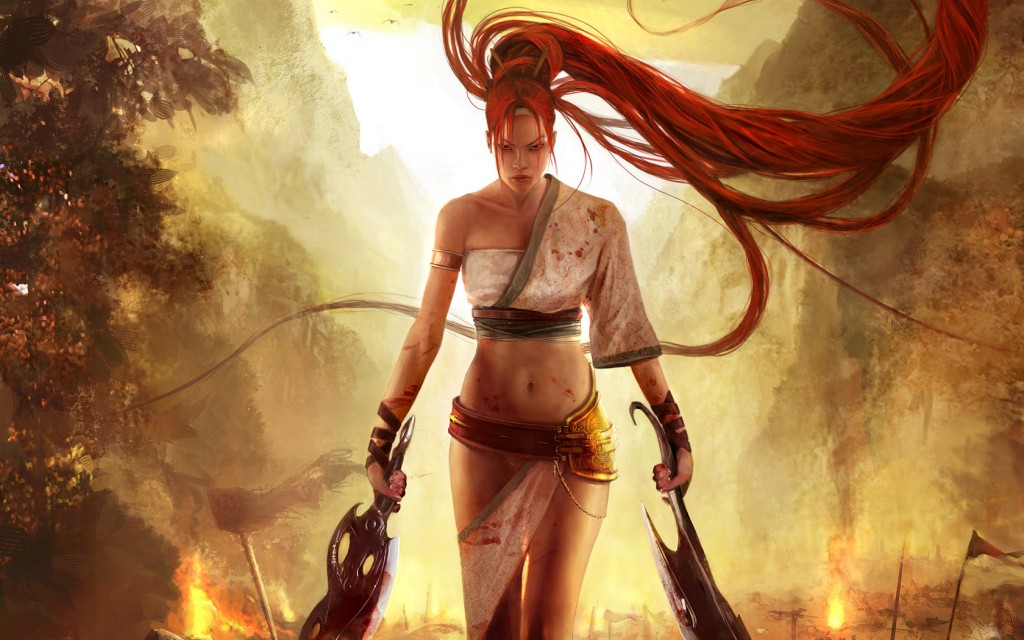 For a man who dislikes violence, according to his biography, Iori sure can bring the heat. He is heir to the yasakani (八尺瓊) clan, who, along with two other clans, are responsible for sealing away the great snake demon, Orochi. His pyrokinetic powers have been the bane of King of Fighter‘s Kyo Kusanagi, as has his hatred for and sadistic obsession with the game’s hero. I’ve never quite understood how Iori doesn’t trip with that belt dangling between his legs, but perhaps it’s actual purpose is to keep Iori’s deadly pyrokinetic wild rage— a.k.a. “unbridled instinct”—in check. His bio also says his favourite food is meat. Sounds like my kind of guy.

“Everyone bleeds. Even stone has a heart, and it can be found if you know how to cut deeply.”

A nine foot tall woman whose companion is a dire wolf and who herself turns into a red-haired dire wolf. How is that not scary? Good thing she’s one of the good guys. 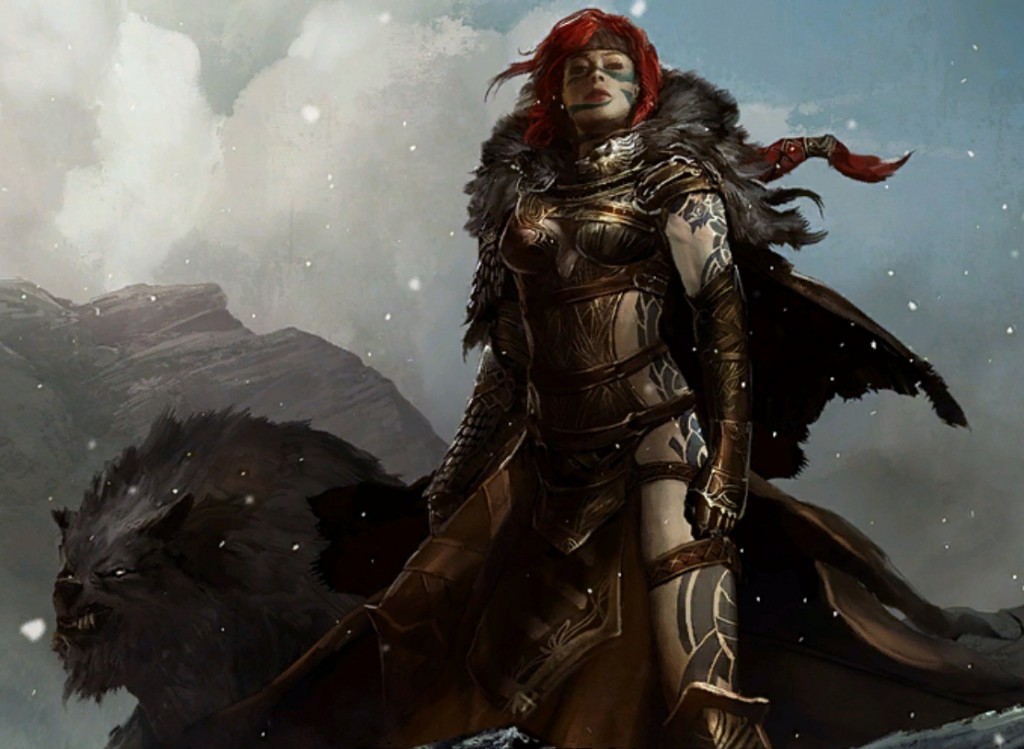 Until she was betrayed, Kerrigan was a dedicated soldier who rose in the ranks from Confederate ghost to second in command of the Sons of Korhal. As a ghost, her psionic abilities and stealth make her nigh unstoppable, but even without these skills, she is not to be messed with. Now her hair is no longer red, but as the Queen of Blade, leader of the Zerg swarm, she is more powerful than ever, and is hungry for revenge.

“I am Akuma. And I will teach you the meaning of pain!” 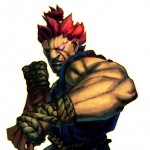 Known in Japan as Gouki, the American version of the character has embraced the devilish meaning of the word “akuma” (悪魔), though he wears the symbol of heaven (天) on his back. His sole purpose for existence is to hone his fighting skills by challenging and destroying other skilled fighters.

“Protect what matters with everything you have, or you’ll have nothing, and deserve it.” 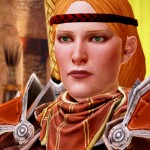 Aveline is first met as a soldier in Teyrn Loghain’s army. Forced by the Teryn’s betrayal to flee the darkspawn horde, Aveline befriended Hawke along the way, and, despite losiredereng her husband, soldiered on to Kirkwall where she would eventually become captain of the guard and Hawke’s most loyal friend. Her sword and shield are always ready to defend the city and people she has come to love. 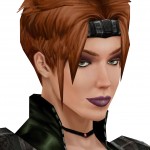 Accordingly to Darth Traya, Mira was not born to be a predator, yet her Mandalorian training and her skills as a bounty hunter have earned her quite a reputation on the planet of Nar Shaddaa. The truth is, she follows her own personal code that refuses to accept that bounty hunters have to kill their bounty, but that doesn’t make her any less dangerous.