Critical Mission Failure: The Significance of Death in Video Games

When I played Final Fantasy XI, my first MMO, I kept a gallery of all my favourite death moments. The best was the time I went to introduce myself to Tiamat, the dragon that used to take about 36 players three hours to kill on a good day. I managed to survive three hits before adding another glorious death to my gallery. My gaming has since branched off to include many other titles, but I still take the time to appreciate some of my greatest moments of critical mission failure.

Death in video games is nothing new. Gone are the days of 1ups to top up your remaining lives, but now you can simply reset your game and continue on. It’s an expected practice that has very little meaning for the player beyond amusement or frustration. When you die, you just pick yourself up and try again. If you’re smart, you saved recently and don’t have to trek too far back into the game. Death is certainly not the end; it’s not even the beginning—except maybe in Kingdom of Amalur: The Reckoning where you actually start the game dead and are mysteriously revived by the Well of Souls.

Bring out your dead! – Kingdom of Amalur: The Reckoning

Mortality is just a set back that you, the player, has to deal with. It’s a reminder of your incompetence. Your failure to press the attack button soon enough, or jump out of the way of oncoming traffic, or dodge a fireball, or defeat that really, really, really, really hard boss. You reload the game and try again with the hope that this time, you’ve learned from your mistake and will get it right. If not, no worries. There’s a resurrection waiting for you so just rinse and repeat until you get there. That’s how it worked for Tom Cruise and Emily Blunt, so you can do it too.

“Death in games generally has nothing to do with death. It’s a lie based on a creative inability to communicate player failure in a more honest way.” —Dealing with Death in Video Games by Michael Thomsen, IGN

Some games will penalize you for your failure. My death gallery in Final Fantasy XI came at the cost of experience points, which, at that time, were very hard to come by and required a group effort to re-obtain. I gave up on Dark Souls II because it had no regular save points and forced players to return to the place of their most recent death in order to retrieve their items. Death in Borderlands games eats away at your hard earned credits. But sometimes, even in death, life goes on, such as in Guild Wars 2 where players can earn experience points and achievements for reviving others.

The thing is, that’s all about you. Your main character. Because why would you want to play a game that actually means game over when the screen says “GAME OVER?” There are a few games that do feature permanent death for those who really like the challenge, but for everyone else, you’re the star so you’re not allowed to die. Even when you do, there’s always that little bit of hope, because you are the hero, and in this industry heroes are immortal.

But those around you are not. Death might not have much meaning for the main character, or even the hapless bystanders who gets in the way of your machine guns and explosions, but when it comes to heavily story-based games where you find yourself with a supporting cast and companions, death takes on a whole new meaning. The very real meaning that it’s meant to have.

(Spoiler warning for various games from here on)

My first encounter with meaningful death in a roleplaying game was Aerith from Final Fantasy 7. Sure people died in movies and even in comic books and I cried, but this was just a video game. See? It’s got the word “game” right there in it. Gaming isn’t supposed to make me sad!

And yet here we are with games doing their best to hit hard on the emotional scale. Especially when you are responsible for or unable to prevent the death of other characters that the writers have carefully let you get to know and even care about.

In the Darkness II, it is the death of Jenny at the end of the previous game that fuels Jackie Estacado’s vengeance and ultimately brings his downfall. In the rebooted Tomb Raider game, Lara Croft watches her friends die one by one on a cursed island. In some cases, they die to protect her. In Mass Effect, you are forced to choose which of your teammates to save in order to complete the mission. A grueling victory in Valkyria Chronicles turns to desperate grief with a single shot from a sniper rifle.

There are many aspects of today’s story-driven games that hit far closer to reality than we’d like sometimes. While the death of your playable character might be meaningless, watching your pixelated companions die—or even having to kill them yourself—is not easy.

And yet, it’s moments like these that I have come to treasure. Wait, that sounds morbid. What I mean is, I appreciate games that work hard to develop characters and stories that leave a mark on my heart. I am the gamer who hated the idea of a suicide mission in Mass Effect 2 where you could, with the right decisions along the way, save all of your companions. I don’t want the perfect ending that comes complete with a trophy. I want an ending that has an emotional impact. And that’s exactly what I got in the sequel when I fought to take back Tali’Zorah Vas Normandy’s home world without her there to see it. I cried. Over a game. It’s not the first time. It won’t be the last.

Some video games are not as blasé in regard to the true emotional impact of an event as significant as death. And some games, where the story is everything, don’t pull any punches at all, even with the hero of our tale. 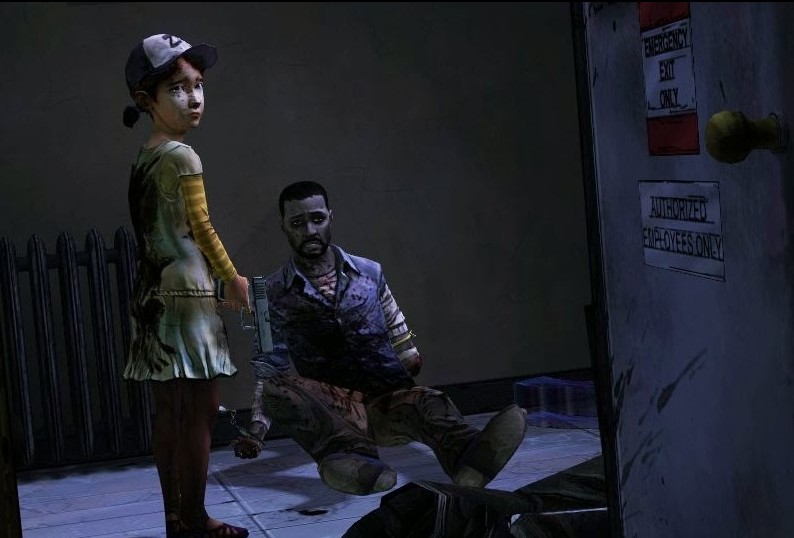 I cant leave you, Lee. – The Walking Dead Game Season 1

I’m still not over that one.