Get Your Game on Wednesday: Dwayne Johnson Makes Everything Better

Howdy, gaming lovelies! Congratulations on making it to Wednesday. Glitter and sparkles for everyone! This week in gaming news we have violent death for cute critters, Dwayne Johnson making everything better, an interview with a transgender game designer, and more! 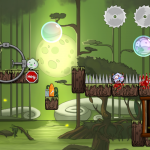 Cute Things Dying Violently is out

For those who love the twisted humor of The Book of Bunny Suicides or Divide by Sheep, you now have a new option. The indie title, Cute Things Dying Violently, is a puzzle game where you try to avoid getting your cute Critters smushed by saws, fire, lightning and more. It sounds like the perfect lunchtime game during a trying day. Bonus points to Apathy Studios for having the game available on PC, iOS and Android. Yippee! 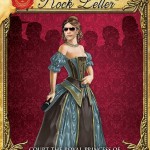 Oh the fun games gamers play! Forum users on BoardGameGeek made some truly lovely images photoshopping Dwayne “The Rock” Johnson’s face onto the covers of popular tabletop games. I think my favorite is a toss up between Splendor and Love Letter.  Tee hee hee. 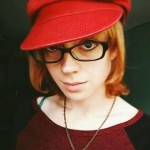 The fine folks over at Pink Fae, a site dedicated to transgender experiences in the gaming world, recently interviewed Lena Chappelle, best known for her work as a music composer and game designer for Guild Wars 2. 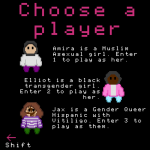 Breaking down stereotypes with Bias Breaker

As a woman in tech who also loves gaming, I may be a little bias in my love for Girls Who Code. If only the young women would stop being so amazing! This time, two teenage girls have created a game to breakdown sexist, racist and anti-gay stereotypes. Seriously, they had me at “Amira is a Muslim Asexual girl. Enter 1 to play as her.”

That’s it for this week! I’m off to plan my next adventure. I’m currently in love with the idea of plastidipping my game controllers for better grip. Such a simple idea. I heart smart people.