Get Your Game On Wednesday: Armello, Exploding Kittens, and more!

Howdy, gamers! For the past few days, my world has been all about who has and hasn’t received their Exploding Kittens. Thankfully, after two full days of game envy, mine arrived last night. Now on to gaming news you can use! 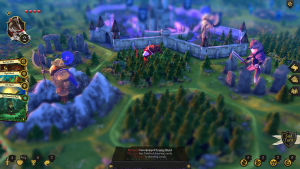 Watching the trailers and game play videos, you can feel the love of the designers for board games. In Armello, you, play as a ‘Hero’ from one of the four animal clans: Rat, Rabbit, Bear or Wolf. I’m rarely impressed with the translation of board games to digital, but I may have to take a peek at this one.

Avoid assumptions to encourage women in the competitive gaming community

I love this short video from Daycia, a Smash Brothers competitive gamer, where she talks about how amazing her experience in the competitive gaming community has been and some super simple ways to help more women come to play and stay.

And something a little fun…

Ok so maybe it’s not news, but it is new to me! I’ve recently found a couple lovely lines of gaming inspired aprons, like these from Temple Custom and these one from Dark Balloons. They’re so cute! Even cuter than kittens! Well, not really, but give yourself a little pick-me-up and take a peek.

Alright fans, that’s it for this week’s news! See you next week!