Welcome to WWAC Game Section’s summer Barbie series. These months are often the time that children are free from commitments, away from their friends, and ready to let their imaginations take over. For many of us that meant playing with Barbies, and over the next few weeks you’ll see the many different ways Barbies affected us.

(Content Warning: This article contains discussion of abuse and violence) 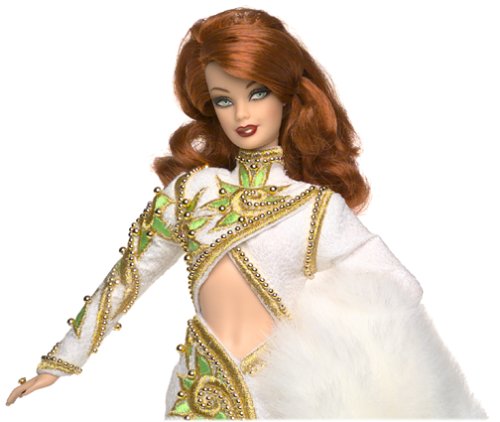 The Barbie I hoped I’d grow up to be was very similar to this one.

After a month of hearing from the other WWAC writers about their Barbie experiences, I felt it only fair to share my own.

There’s a certain expectation when you are talking about Barbies, namely that the “player” is a child, probably a girl. While I once fit that profile, I continued to bring my dolls out of the closet far past the “normal” age. It wasn’t until the dawn of high school, age 14, that I said my final goodbyes.

Thinking back on it now, it’s clear to me why I was still playing Barbies so far into puberty. My childhood was not a happy one, but my adult life eventually would be, right? I imagined, constantly, what it would be like once I was “free” of my parents. A lot of kids grow up in abusive households, and a lot of them have similar coping mechanisms. From my experience talking with other survivors of childhood abuse, there are two main responses. Either the child acts out, often violently, or, like me, they shut down. At home I was almost silent, anything enjoyable was done in the confines of my room, sometimes under my bed or in my closet. My one act of rebellion was my constant mess on my own bedroom floor, but nothing I owned ever left my room.

Amy Fusselman in 8: A Memoir writes, “To utter a sound means: I am here, I am alive.”  It’s dangerous for a child in my situation to assert their existence. To make a noise, to exist, to bring awareness to that existence is to be at risk. Barbies offered an alternative. Barbies could speak to one another without a sound being made.

For a brief time of my childhood, and then again as a teenager once I could emancipate myself, I lived with my grandmother. She, as well as other members of my extended family, helped to repair a lot of the damage done. But it was still frightening to be a child, even in my grandmother’s house. To have to answer to adults, who had proved unworthy of respect or trust as a whole species. I worked hard at school solely as a means of getting out of my childhood trailer park, out of the suffocating grasp of my parents. My grandmother’s house is also where my “Special Barbies” lived, the ones that had to stay in the box to eventually “be an investment.”

But at home, where the danger was always around, there were only two modes of escape: reading and role-playing. Books offered me lives I couldn’t even imagine and Barbies offered me a chance to live them. When at my parents’ home I acted out my anger through constructive conversations between my Barbies, something that was never offered me in real life. I was not the type of kid to rip off their heads and brutalize their plastic bodies. I knew how much thoughtless blows from larger beings hurt, so I treated them with respect. When my favorite doll fell off of my bed I wrapped her head in gauze and read to her nightly while she recovered. I spoke softly to them because of how terrifying I knew yelling to be.

Fusselman continues, “[There is] this agreed-upon reality we have of children in their special childhood time/place, which is not of our world. And because the adult world of ‘real’ problems and the childhood world…supposedly never intersect…children are not allowed to be incredibly smart and strong and resilient and powerful in response to our adult world because we really don’t believe they ever come in contact with it, which is…a pretty shocking denial.” My Barbies were concerned solely with the adult world, because that’s where I lived. 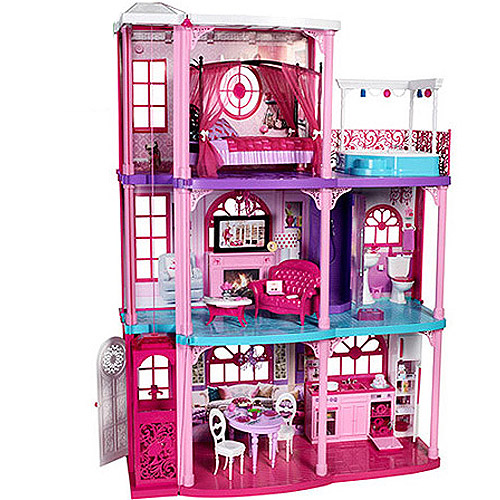 I longed to disappear into a home like this, all to myself.

In the brief and glorious time that I had at my grandmother’s, I would invite my best friend over. She had a Barbie of her own that I kept at my house (her parents wouldn’t let her have toys like that) and we would act out our glorious future adult lives. Surely we would be making the big money, she as a Meteorologist and me as a Publisher (we have always been nerds). We would find the loves of our lives and have tons of sex, which we acted out with the dolls often. The payoff for this life of belittlement and fear must be copious riches and constant joy. How else could the world be fair?

My best friend eventually stopped wanting to play with me, which I couldn’t blame her for really. We were in late middle school, probably the end of seventh grade, when she insisted we focus our sleepovers on Sims and movie marathons instead of role-playing. She was beautiful and popular, though she wouldn’t admit it, and a hard-worker. We were in Pre-IB classes (a terrifying program meant to turn children into learning robots) and the workload was intense. She didn’t want to have to imagine our futures in the abstract anymore, we were working toward top colleges in real time. We were taking steps toward escaping that Barbies wouldn’t help us with anymore. But it was more than that. I talked constantly about leaving, moving to New York, escaping—this wasn’t an option for her. Culturally, she would be expected to get a good job and then return home and support her family. Though my mother had similar expectations of me, I had family members encouraging me to get out, whereas my best friend did not. She knew then that she wouldn’t leave the way I would, and she was tired of pretending.

I kept up the bright pink play for another year after she left. It had become more difficult to disappear into my imagination as I aged, but I still had questions I wanted answered by my tiny sages. Why didn’t the other girls have crushes on women? Why were my parents so awful? How would I stop feeling guilty after leaving my abusers? Would I really be able to leave? In the end, there were no answers. I didn’t know how to listen to them anymore. My time was spent more and more playing violent video games, pushing away the constructive self-roleplay of my youth. Barbies’ magic slipped away from me, though the intense nostalgia for them remains. Thank you, Barbie, for being my first therapist. You wouldn’t recognize me these days.