Diversity in The Walking Dead Video Game: Clementine Will Remember That

In case you’ve been living under a rock for the past few years, The Walking Dead comic, now TV show, is set in a not-too-distant future in which the wide-spread zombie plague has brought about the apocalypse. The video game is set in the same general area as the comics, but centers around a different cast of characters. Telltale Games’ The Walking Dead video game is an award-winning episodic drama-adventure video game, based on the famous comic book series and television show of the same name. Two seasons of the video game have been released so far, and a third is in the making, scheduled to be released some time in 2016. 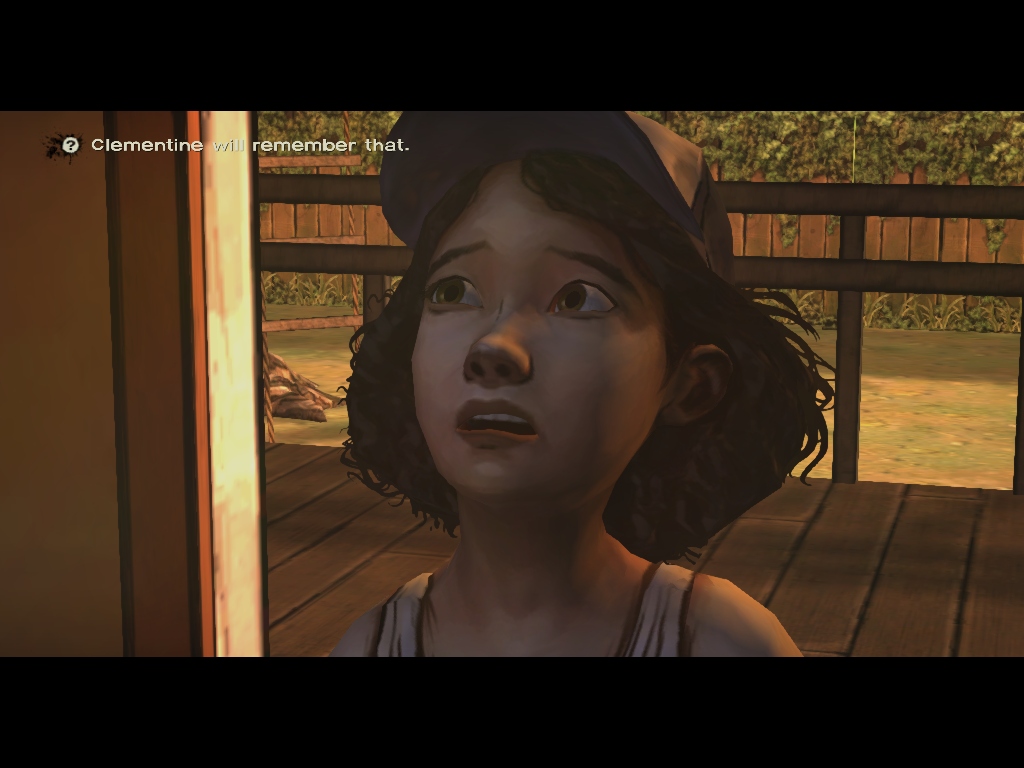 In Season One, you play as Lee Everett, a convicted murderer who becomes the leader of a strange group of survivors, including Clementine: an orphaned first-grader whom you must protect. Clementine goes on to be the playable main character in Season Two, making both main characters people of color.

I enjoy the game’s mechanics because, unlike most apocalyptic games, they are not primarily action-based. Instead, the game focuses on building relationships with other characters through dialogue options and quick time actions. The player is encouraged to make thoughtful decisions, as their choices can lead to major differences in the game, such as choosing which supporting character to save over another. 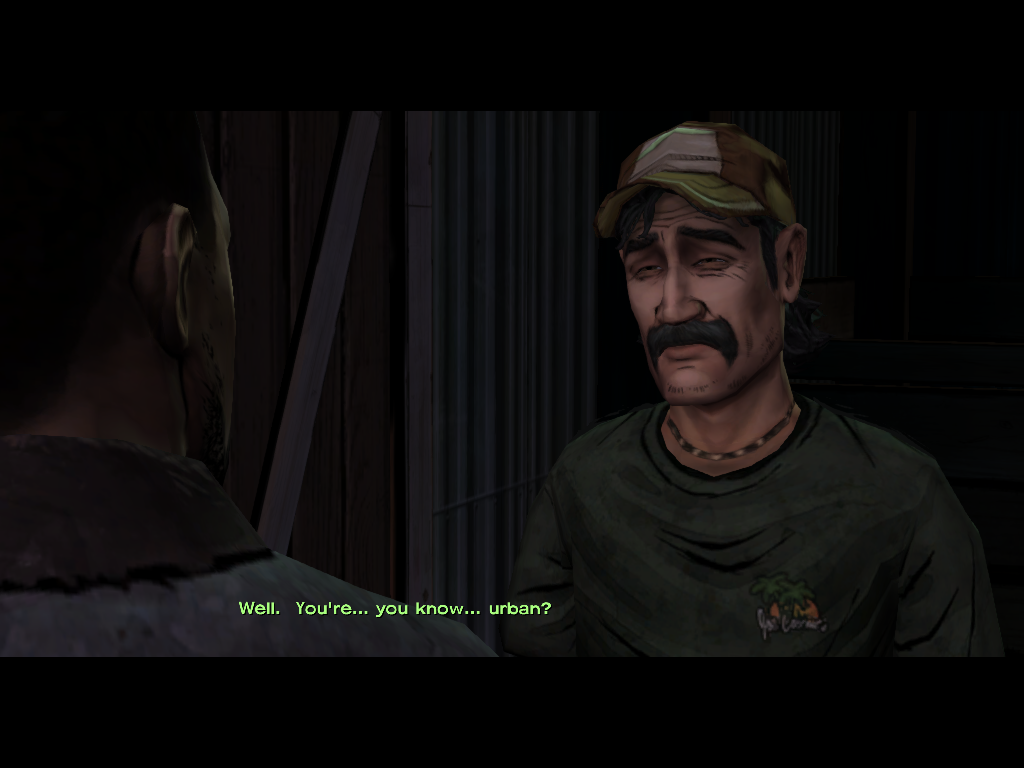 But the primary goal of the game in Season One is to care for and protect Clementine. After every major decision that is made in front of her, a warning of sorts pops up at the top of the screen: “Clementine will remember that”. In this way, hypermasculinity is not encouraged; in fact, often if the player chooses a more violent option, Clementine will become more distrustful and/or scared of them.

There is only one playable character option in each game; that is to say, you must play as Lee, and then you must play as Clementine. I think this is a really great step forwards in terms of diversity, because it forces players to play as a PoC in both games, and as an 11-year-old girl in the second. It’s important for white people to play as black characters, just as it’s important for men to play female characters, or consume media that is about women’s stories. Experiencing stories through someone else’s eyes increases empathy for others. The series doesn’t focus on racism, and almost none of the characters mention your race, but there are a few casual remarks that are placed there specifically to highlight some of the racist myths.

So the game handles race very well; what about gender? Well, it’s a hell of a lot better than the show. The question of “Are women capable enough or should we revert to basic gender roles for some reason?” never really comes up. The women are good fighters, good leaders, good strategists… and are also very untrustworthy, and can be terrible leaders. They’re pretty much just people, which is amazing to see in a video game, especially one based off this franchise.

While we’re on the subject of feminism, let’s talk about Clementine. She’s an 8 year old girl at the beginning of the game, and not only does she survive a zombie apocalypse longer than most of the rest of the world, she does it while still retaining her strong moral compass. Sure, she’s a badass in that she can stitch up her own arm using a sewing needle and thread, but she is also a badass because she speaks her mind, and finds it in her heart to love and trust people. She has an incredibly strong story arc, going from a scared first grader to a capable, independent girl who won’t stop at anything to protect the people that she loves. 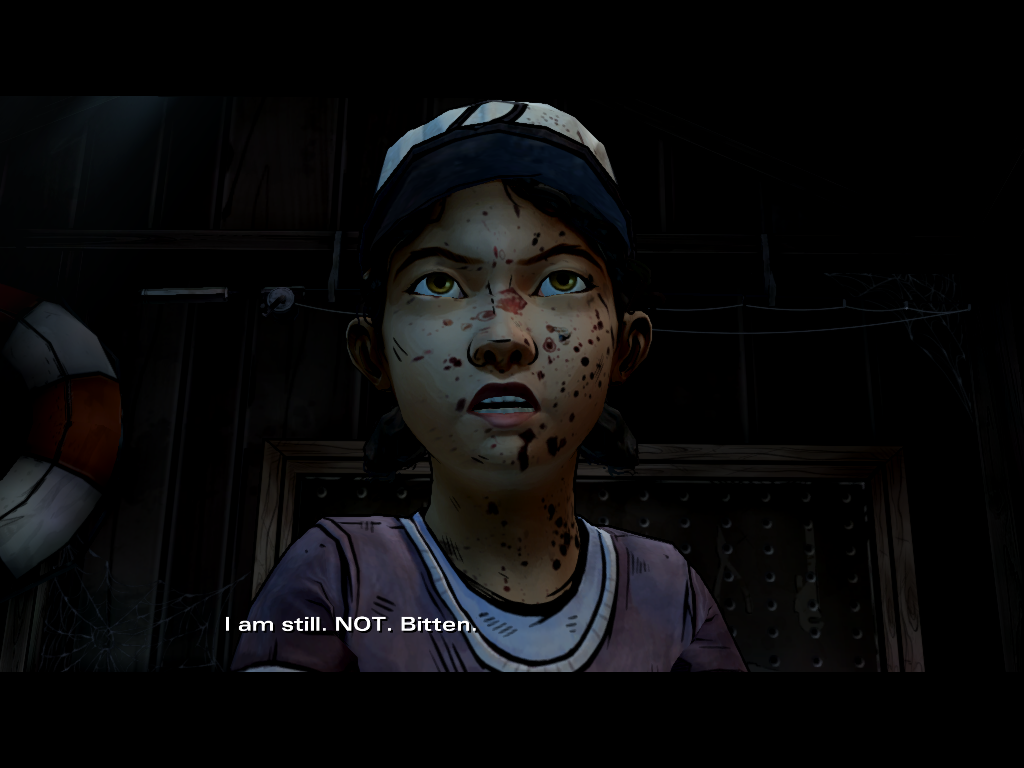 The story is incredibly diverse so far, with a large cast of characters of varying ages, classes, and ethnic backgrounds. One of my favorite things so far was something that almost went unnoticed to me until I thought about it in relation to other video games: the diversity of body type. There is no “mold” for the female characters. We’ve got old women, young women, overweight women, muscular women, women with bags under their eyes, women with wrinkles, women who are taller than their male counterparts… and the male characters are diverse in their body types too!

So far there has only been one gay supporting character, and he didn’t get much of a storyline, but I have high hopes for future games. There has been at least one character with a noticeable neurodivergence; Sarah, another girl around Clementine’s age, has a developmental disorder that is not named but is definitely apparent.

So now that we’ve discussed everything that’s great about the game, what about its problems? I have several feminist critiques of it. First of all, there are not one, but two instances in which a female character is killed by zombies merely to create an emotional impact on one of the male characters. I wonder how those women survived that long in the zombie apocalypse, if they were as completely unable to help themselves as they were portrayed. I definitely don’t think that the game would have portrayed a man in the same way. 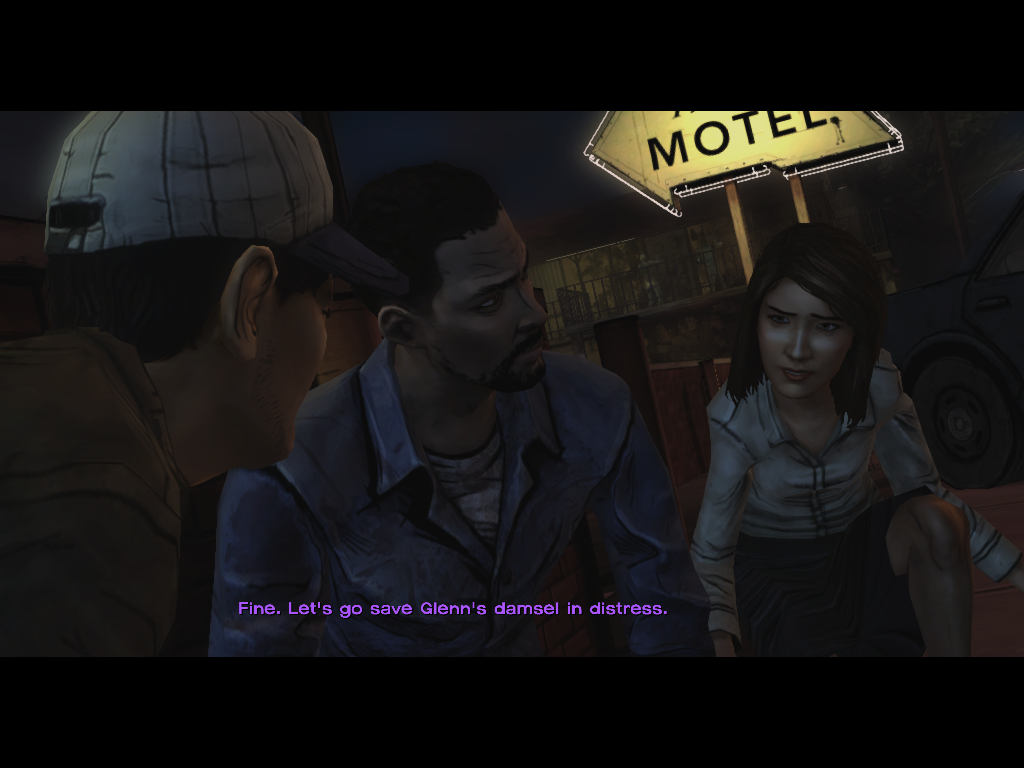 The character of Lilly, who appears in the first season, is portrayed as the stereotypical “bitch”, who is unreasonably cold and harsh to everyone, despite being their leader for a lot of the time. You do get to see things from her point of view some of the time, and gain sympathy for her when you are put into her position of rationing four pieces of food between a group of ten people, but it is quickly lost after her actions in the next episode. Her character isn’t all bad, and it’s actually nice to see bitchy women represented sometimes, but I worry that they may not have rounded her character out enough to create real sympathy for her.

And then there’s the one little thing that really wasn’t a big deal but still stuck with me: Carley not knowing how to put batteries into a radio, despite being a capable, smart adult (not to mention a news reporter). Like, I get that they needed to make the player have various tasks to complete. But if it were any of the male characters, say, Doug or Glenn, would the game creators really have thought that they wouldn’t know to check for batteries? I feel like there had to be a way to do that without making Carley seem so ignorant of how the world works. It’s just another example of internalized sexism that many people don’t think about, but comes from a place of sexist stereotypes when examined further. 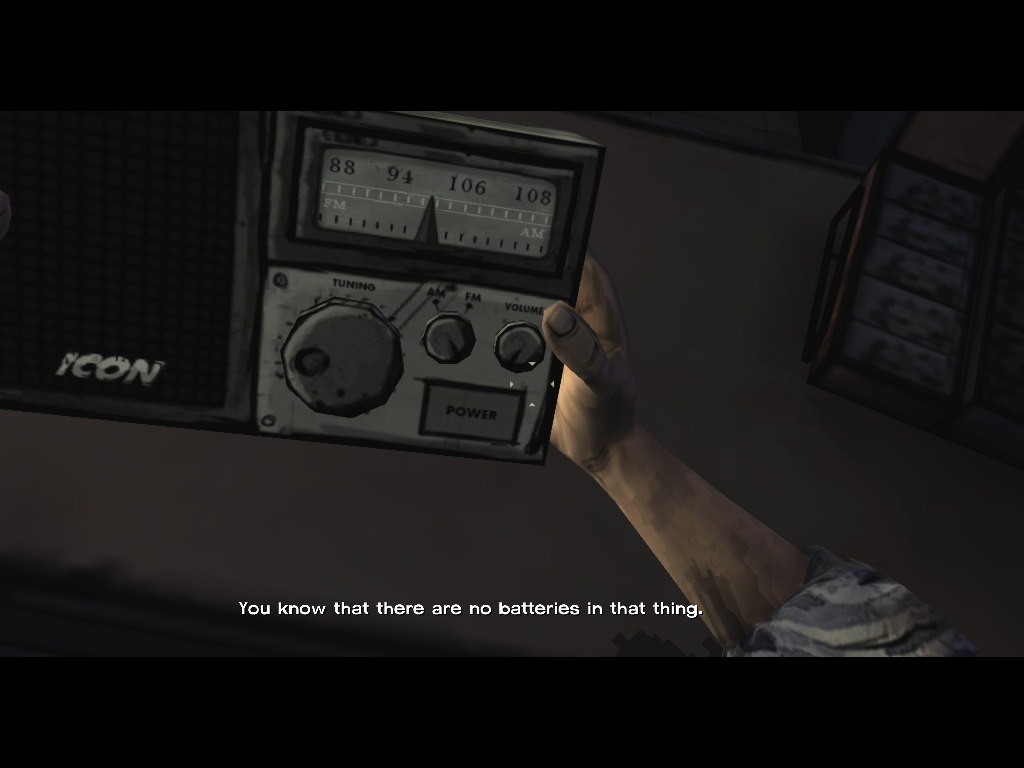 My final critique of the game is something that pretty much only occurred in the first season, when you were playing as Lee. Why does Clementine need to “remember that” at all? Why does Clementine have to act as Lee’s moral compass? It’s interesting, because at the same time that it discourages this sort of hypermasculine, violent gameplay, doesn’t it also reinforce the stereotype that for every man, there must be a woman to be his impulse control? I don’t like the idea of women existing only to “tame” men. But maybe it makes sense, if the series is really all about Clementine. In the first season, she watches Lee and remembers the things that he does, so that when she is on her own, she has a better sense of what it means to be a good person. Maybe, in a way, Lee is really acting as Clementine’s moral compass.

Overall, I think that The Walking Dead is a wonderful game that takes a great concept from the comics and creates a spinoff with more diversity than the original, and just as good of a storyline. I enjoyed the game mechanics and the focus on decision-making with cooperation and kindness in the forefront. It taught good lessons without feeling too preachy, and it presented a cast of well-rounded characters that I could really root for. I’m excited to see where Season Three takes the game, and I hope that Clementine sticks around!