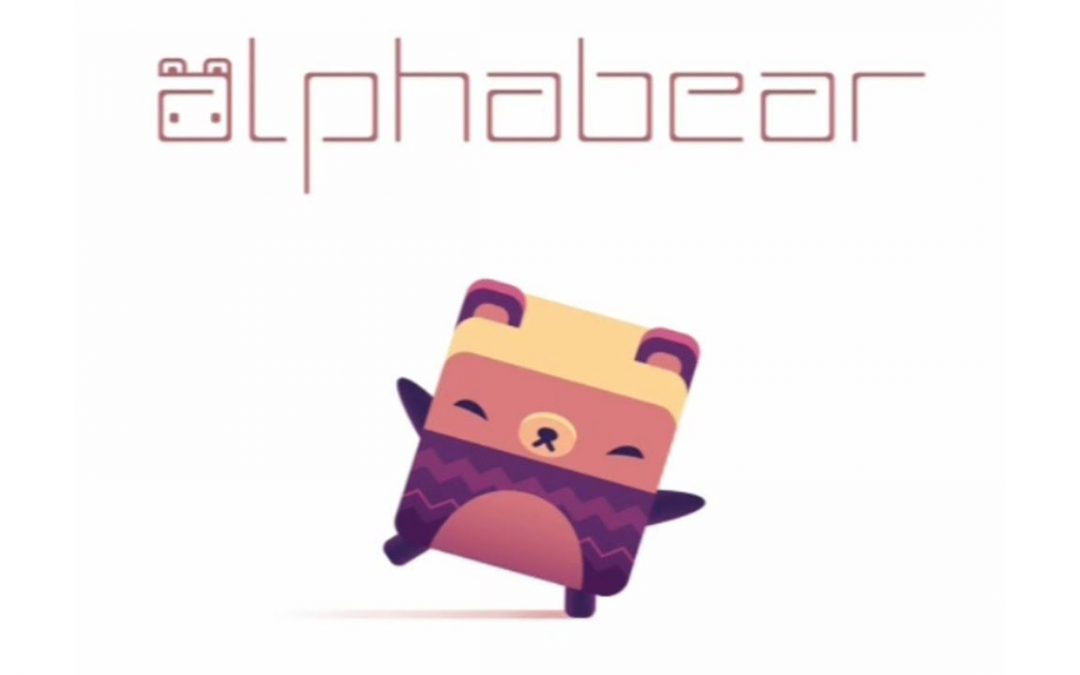 If you ever played Triple Town–the game where you had to build a town and keep the bears from blocking your expansion–you’ll like Alphabear, which is the game’s sibling-in-spirit.

You spell words using tiles that count down from 3 turns to 0. The tiles on the board that have stars count down from 10 turns, letting you make more elaborate words. If you don’t use a letter by the time its tile has counted down to 0, it gives you a painful little audio cue and turns into a block that prevents you from filling up the board with–well, you guessed it: bears! In Triple Town they were your obstacle. In Alphabear, they’re your buds.

Spryfox gives daily challenges: one big board with a high score, and one “blitz” that comes with a timer in which you must build as many words before time runs out. I started playing on a Sunday, and how clever: on Sunday, the letters W, O, R, & K are banned from all games.

Helping you in these challenges are the aforementioned bears. There are different ones with different outfits, and they each have their own specific talents. Some of them add a bonus to your score. Some give you more of a certain letter. Others make certain letters last for more turns before timing out.  Some give you bonuses for using letters that apply to them.

It sounds simple and fun – and it is, but there’s an element of strategy needed to truly master the gameplay. Any letter tiles you let time out turn into stones, and that means you can’t make a bigger bear if there’s one beside it. So you have to spell words, make sure you are using the tiles before they time out, and giving the bears room to get bigger as you go.

Oh, and did I mention if you build a word that suits the skill of the particular bear you’ve got in use, they will cheer you on by telling you “good word,” “great word,” or “awesome word!”.

I’m a big fan of word games, so the game was practically tailor-made for me. The game is simple enough that you can let a young child play with easy small words, and the cuteness of the bears; plus, its encouraging messages will help them get into spelling and reading.  The game is made with a view to adult players, though, so there are adult words that can be spelled–so that’s a caveat before you let little Jamie play.

The game is free to play, and limits play by how much “honey” you have to entice your bears into getting on the board for you. You can make a one-time in-app purchase to have unlimited honey and play as much as you like. The bears are also a bit like Pokémon for that fun collecting angle: there are common bears, rare bears, and legendary bears, and their abilities match their scarcity. Plus, if you play additional rounds beyond the daily ones, you can strengthen the abilities of even your common bears. The bears do come with a drawback so that you can’t minimax: they take a cute little nap that varies from 60 seconds to 24 hours, depending on how powerful the bear is. You can use the coins you earn at the end of each round to wake them up early, and in-app purchase to buy more coins. How do you get bears in game?

This is WereBear, who was not enjoying the words I used to acquire it.

You get two target options per daily event. If you hit the lower of the target scores, you get a blue egg that hatches into a common bear. If you hit the higher of the target scores, you get a gold egg, that has a chance of hatching into a rare bear. Naturally the rare bears are more powerful and have cooler abilities, but leveling up common bears to get them powerful isn’t difficult for a dedicated or determined player.  Part of the fun of acquiring or leveling up a new bear is that the bear will take a selfie and say something cute, whimsical, or deep using words you’ve played in-game, to share on social media so you can get your friends interested in playing along.

There are also pay-to-play rounds that give rarer bears. You can save coins earned from winning rounds as you go until you have enough to enter, or you can purchase enough coins to play outright. You also get options to watch ads once a day to earn coins. You can also watch ads to renew your honey a little. The balance of “keep it fun” and “give you stuff to keep going” vs. “Pay to advance” is gentle and unintrusive, which I really appreciate in a game. Be warned, though: the higher in chapters you go, the higher scores you have to get to earn the golden eggs!

To advance from one chapter to the next, you must earn enough daily events to take on the Boss — a bear who will greet you with a taunt before taking on its more difficult board (which can be big, timed, or both).

The game is also very visually pretty and soothing to look at, while still giving functional visual cues to its players. Each chapter has its own color, and the game pieces themselves range from cool greens to yellow, to orange, to red to indicate to a player the diminishing time a letter tile has before it turns into a block. The timed versions of the game will vibrate the pieces on the board and flash red to let a player know time is running out.

Best of all, Spryfox’s customer service is top notch. They are very quick to respond on Twitter, and extremely friendly and fun to talk to. They’re also very responsive to the feedback they get. When the game launched, if you beat the Boss and moved on to the next game chapter, there was no way to go back, and any bears that had not been acquired were unable to be retrieved. But many people asked about it, and their first update, 6 days later, rectified that; now players can move forward to new chapters but go back to old ones to get bears they hadn’t acquired.
Some improvements I hope Spryfox makes in later versions? Bonuses for bear related words such As: Pooh, Polar, Grizzly, Honey, Fish, Teddy, Care, Yogi and Bear. I also suggest a bigger dictionary. I teased them about that:

This game, according to its Google Play page, is actually still in beta, which came as a surprise to me because its game play is so smooth and without much in the way of errors.

In the little bit of time since its mid-July release,  Alphabear has already been downloaded over 500 thousand times, so I’m not the only one who finds it a fun way to while away the dull parts of a day.