So Take My Hand, Or Take My Key: Barbie, Jill Valentine, and What the Gamer Knows

Welcome to WWAC Game Section’s summer Barbie series. These months are often the time that children are free from commitments, away from their friends, and ready to let their imaginations take over. For many of us that meant playing with Barbies, and over the next few weeks you’ll see the many different ways Barbies affected us. Enjoy!

Whenever I talk about Barbies (whenever I talk about glamour) I circle around to one point: an enduring grudge of my life. My co-conversants either immediately understand and jump to sympathetic overtures, or they don’t at all, and when I explain, they laugh. That’s ok. Gaming experience is subjective.

When I was little I had Barbies. They were of two categories: secondhand mainline Barbies, and brand new Disney Princesses. I had a Belle and an Ariel (extra-long hair) and later, a Jasmine. I didn’t think of them as Barbies, or even really as dolls at all. They were their own defined selves.

Barbie-proper bothered my mother, which I understand. So when I had a Barbie, her clothing as well as her plastic identity was purchased after somebody else had had enough of it. Except once, or maybe twice, I was allowed to buy a wardrobe playset (this does not mean the set included a literal wardrobe. It was a flat package, cloth on card, a new outfit and accessories). Perhaps we had been on an important trip.

What wonderful, sophisticated adventures I might have, I thought, as Barbie is a game of “what can ladies be”.

I have always cared a lot about clothes and clothing, so this brand new glamour outfit was important and exciting. What wonderful, sophisticated adventures I might have, I thought, as Barbie is a game of “what can ladies be”. This ghost-person is so elegant, and most likely knowledgeable about many grown-up things. This is what the set communicated. Clothes inform character, and Barbie has none (alright: little) of that of her own. What she wears, she becomes. I could be Hollywood Hair Claire. I could

My Barbie wardrobe playset came with two clutch bags. One was gold.

(This is the moment at which you do, or do not, understand).

More recently in my gaming life I’ve been watching the progression (so-called) of the Resident Evil storyline, via longplays. Shambling zombies are not my idea of fun enemies. I’m enjoying it more than I’m not, but one thing bothers me strenuously: “There’s no further use for this key. Discard?” I complain about it every time. I hate it. How would she know?

There’s no way that Claire Redfield or Jill Valentine could know when and where one key might be useful. They’re constantly dicking about with crystal puzzles and absurd novelty locks; who’s to say how many times one key might be the one key they need? Getting rid of a vital component of your physical freedom in a town or building crawling with the infected dead is ridiculous– it’s a stupid action, and it’s unmotivated within the character’s mind. The game knows that the key isn’t useful again, and the game offers that knowledge to the player. The character–the alleged protagonist? They’re suddenly irrelevant. Don’t break my belief in what matters here! Don’t identify the falseness of the experience we’re forming together, game designer + game player.

At all costs, please, don’t tell me your game came up against margins that reduced it. I’m playing to imagine scope–you’re showing me confinement.

I’ll explain the link, here (it’s all about digital manipulation): 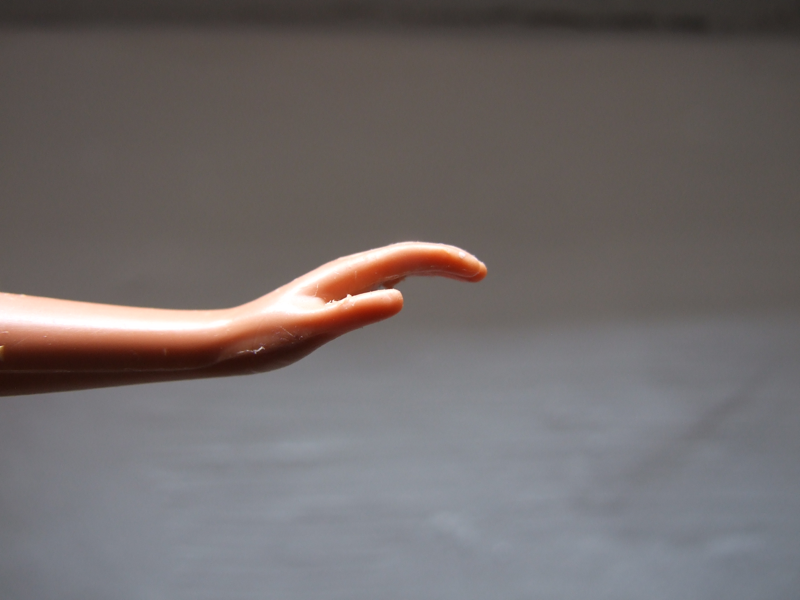