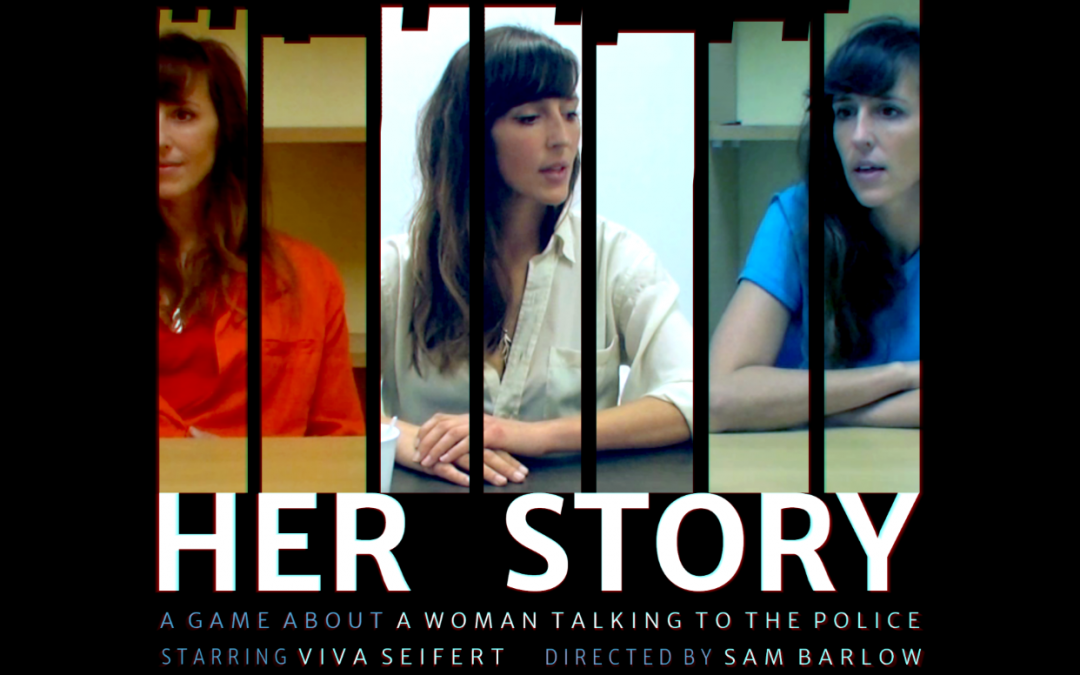 The year is 1994, and a man named Simon has been reported missing, then dead, by his wife Hannah. She submits herself to several police interrogations, but the questions are now lost. Dig through the police archive, searching only by indexed keywords, and follow her narrative carefully to unravel the strange mystery of one widow.

The game is definitely unique. You pore through video clips ranging from five seconds to minutes-long, following Hannah’s reactions and scouring the archives for other clues. The clips do not present themselves in any particular order: I found myself lip-bitingly addicted to certain details, and following leads down frustrating dead ends. For players looking for a new experience that’s not goal-oriented and definitely not shooting-based, this is the game for you, but be warned: no goals may mean no resolution, and the game’s creator, Sam Barlow, has been reluctant to divulge the secrets of Her Story. 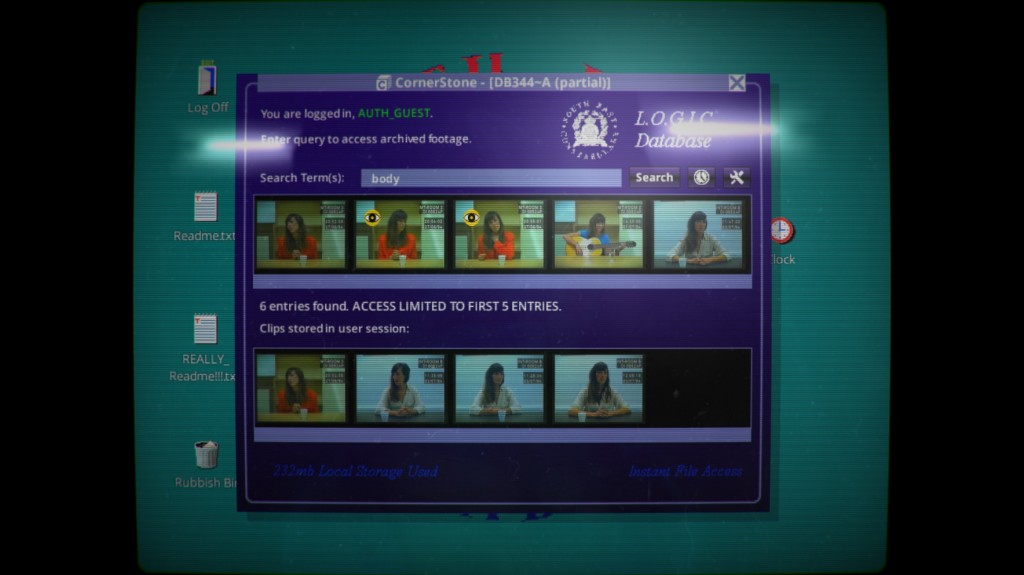 Search for and select interview clips to watch.

Because the story is non-linear (you reveal the clips in any order), you can get to the heart of the mystery by investigating the right clues very early on. Unfortunately, it makes the game impossible to review honestly in a spoiler-free setting, so I won’t try.

If you have $5.99 to spare for the Steam Store and you want to see a completely different kind of game, Her Story has easily earned six bucks.

Her Story is Good

I love a non-linear story, and I love solving mysteries. I’ve always been unsatisfied by the crime-solving in, say, the Phoenix Wright franchise, where the game has a solution and leads you to it. That’s mystery-solving on rails. I also dislike the Arkham series, where “investigation” means you follow a set of highlighted clues to a bigger, stranger clue, then Batman finds or invents a crazy tool that exploits that clue’s weakness until you know who did it. 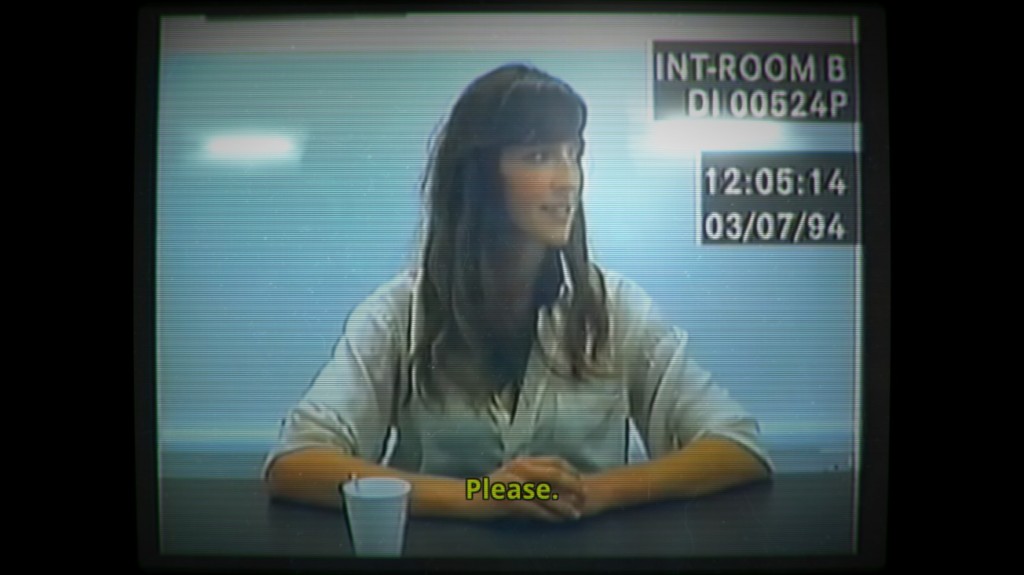 One of the great pleasures of Her Story is exploring the mystery of Hannah/Eve/both.

Her Story, in that case, is an exploration of character, and while the story was still building, I found myself taking notes, organizing them, and methodically trying to solve the mystery of Hannah. There are a number of heart-pounding drops where I completely lost my shit, yelling out loud and frantically scribbling, underlining, and proposing new search terms to dismantle this unreliable narrator. 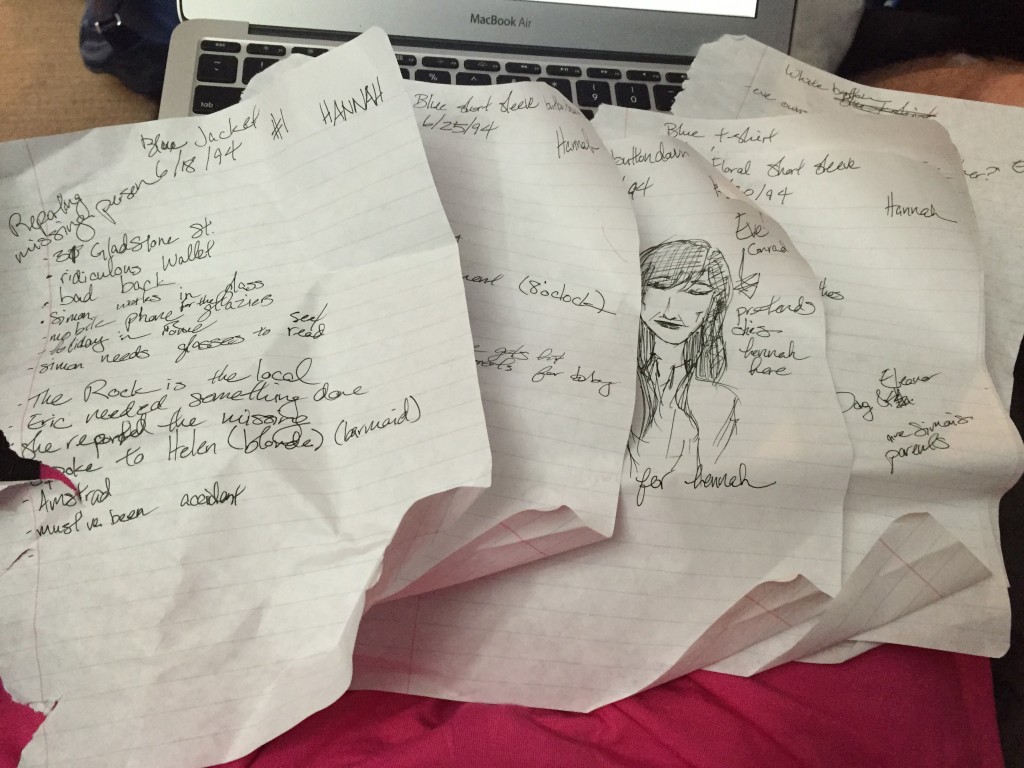 To that point, this game is also perfect to play with a friend, a partner, your parents, anyone. Everyone who loves a crime periodical, I think, will find something to latch onto, and I think a secondary joy of the game will emerge as more people think of different theories and different ways to support them. Discussion and debate during and after Her Story are the best part; I highly encourage playing with a buddy.

Her Story is Bad

I have a large problem with the gameplay of Her Story. You can search for the term “murder,” but Her Story will only reveal five archive clips to you–the same five every time. So only five clips of Hannah’s opinion on, say, “marriage” or “throat” or “affair” will be available for you to build your own version of the mystery.

At the beginning of the game, this is a titillating mechanism. What are those other clips? How do you control your search to unlock them? And at the game’s many peaks (i.e., when you stumble upon a new and intriguing part of Hannah’s narrative), this controlled information flow makes a lot of sense.

But the extreme nonlinearity of the game breaks down towards the end. It does tell you how many clips are left, but not how to access them. I was reduced to entering random terms, or variants on the same term (“kill” reveals different results from “killed,” for example), and even frantically entered “the,” “a,” and “but” in the hopes of stumbling upon another part of the mystery. Well, let me be clearer: I was searching for a decisive resolution to Hannah’s story.

There wasn’t one. Hope springs eternal, so I continued playing until I got bored of playing, then chose to end the game. Her Story features some highs, sure. But you have to be motivated to finish, and the finishing point doesn’t give you the one thing that mystery fiction should: resolution.

Her Story is Just Okay

Don’t get me wrong, you should definitely play this game. But at the end of the day, it’s a narrative presented in an interesting and lovely way. But when I “completed” Her Story–and that’s in quotes because I didn’t complete it so much as give up on playing–I realized that the narrative wasn’t as interesting as I originally thought.

About five minutes into the game, I told my partner: “If it’s a cheesy multiple-personality thing, I’m going to be very frustrated.” It turns out… it wasn’t. Or it was. Her Story narrowly dodges triteness by not answering the question at all. Hannah is either Hannah and Eve or Eve is a complete invention. The two women either betray each other, or don’t. The story is either a cliche or a different cliche (that of the two conniving murderesses acting innocent for the cops) and neither is compelling without the frame of the gameplay. 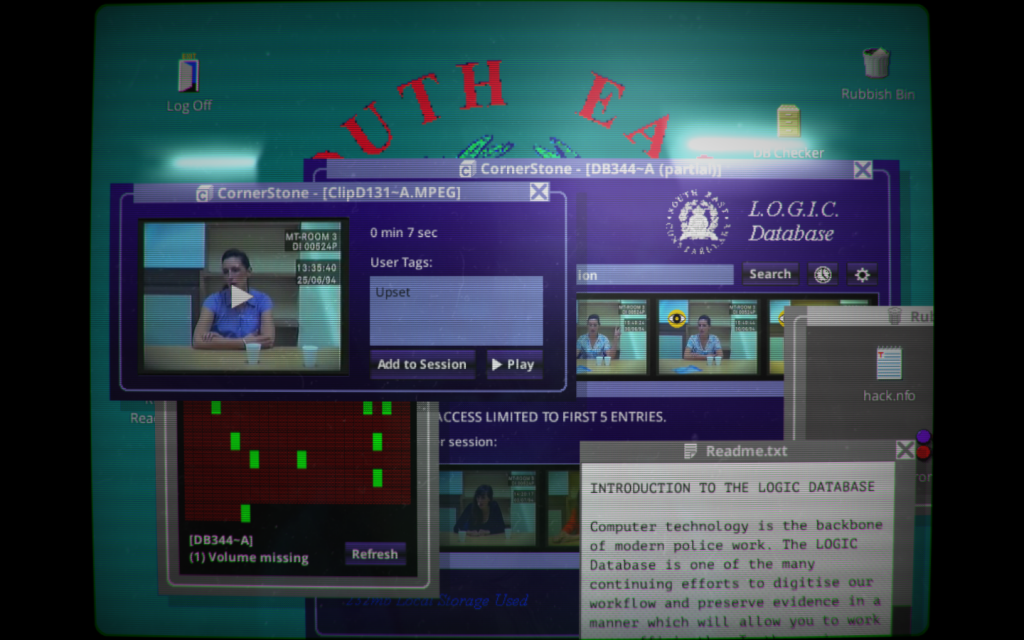 The clips are all beautifully acted by actress and musicians Viva Seifert (and hey, old school gamers–who doesn’t love a full-motion video game?), and apparently the full script included the detectives’ questions. But that just makes the lack of resolution more infuriating. And even when you consider the possibilities, the story of Hannah plays on other, mediocre stories of women who kill their husbands, and the player’s assumptions based on those stereotypes are what guides the game. “Oh, so she’s crazy.” “Oh, so he’s cheating.” “Oh…”

The creators had the opportunity to create a unique narrator in Hannah, but, at least to me, she ended up being just an amalgam of “killer wife” tropes no more complex than your average crime serial.

Part of me was tempted to leave it like that–in the middle of a sentence, thoughts incomplete, like Her Story itself. But it’s worth considering the idea of interactive experience, and narrative, and what we expect about both. Other mystery games (I’m currently working through Dangan Ronpa 2) offer resolutions, which gives you a feeling of having solved something, even if the mystery itself was too easy. There’s a relief of completion for any game: our interactions are meant to yield satisfactions. Her Story digs its heels in, and flaunts the lack of resolution.

On the other hand, narratives, particularly true crime stories, don’t always lead to resolution. But in that case, it’s presentation that helps the narrative along. One big swell of tension, carefully controlled by a reporter or mystery author, to keep readers engaged during what was probably a long, tedious investigation process. Her Story had moments of high drama, but no one was in control of those, and the story itself could taper off into a boring ebb that was hard to enjoy.

I’d like to think that more games like Her Story were being created. It was a breath of fresh air, and worth my time and money. But I wouldn’t be as hasty to purchase a Her Story 2, or a game marketed as Her Story-like. It’s playable and enjoyable because of its uniqueness, and probably cannot be played a second time.