Game Shames Roundtable: “All Games Are Too Hard to Finish!”

Games Section writer and general excellent person Jules Low recently wrote this awesome piece about their ‘Game Shames.’ They wrote, “There’s an odd sense of guilt surrounding the idea that we can’t complete the video games we attempt, that we are somehow lesser for it.” I thought it would be interesting to see how the other gamers on staff felt about the shame associated with not gaming. 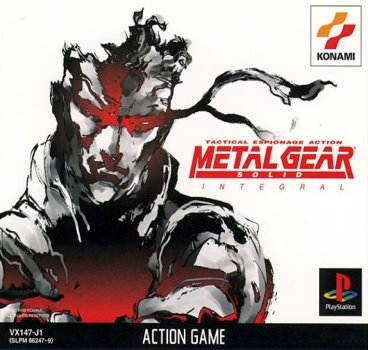 Wendy Browne: There are several series that are pretty popular that I haven’t really gotten into (though I might own some of them thanks to Steam sales). Metal Gear Solid, Devil May Cry, and Assassin’s Creed spring to mind. I want to play them all, but it doesn’t really bother me that I haven’t. I have been very fortunate to have and to surround myself with people who don’t judge each other based on the games we play or don’t play, or how well we do within them.

Christa Seeley: The Bioshock games. They look so pretty and interesting but I’ve just never gotten around to them.

“No Lego Whatever, no Minecraft, no Biothing, no Space Marine Franchise, no sneaky stabby wonder-graphics. How does this make me feel? I feel nothing.”

Claire Napier: Anything newer than the PlayStation 2, except for WiiFit at my parents’, I have not played. No Lego Whatever, no Minecraft, no Biothing, no Space Marine Franchise, no sneaky stabby wonder-graphics. How does this make me feel? I feel nothing.

Carly Smith: I have never played games in the supposedly sacred Half-Life series, and I also haven’t played the Bioshock games. A part of this is because the computer I used at my parents’ house growing up was a shared computer and mostly used for internet browsing and The Sims. I was never interested in first-person shooter games, even ones with a plot beyond attacking people, so along with only having Nintendo consoles and later on a PlayStation 2 to play games, I just never got into those kinds of shooters. I’ve since watched playthroughs of them for the plot — and I even played about 10 minutes of Half-Life until the first headcrab leaping at my face scared the bajeezus out of me — but I didn’t want to play them myself.

Jennifer Gonzalez: There are a lot. I’m an incredibly sore loser, so anything that takes longer than about 5-10 minutes for me to learn is just really frustrating for me. Since getting my WiiU, I finally started playing Super Mario 3D World, my first Mario game. So, I guess, no Metal Gear, Bioshock, Zelda, or Sonic (except some Sonic Adventure 2). I mean, besides having to negotiate that whole awkward “Oh, everyone is talking about this game I’ve never played I guess I’ll just smile and nod” thing, I don’t really feel bad about it.

Are there franchises you’ve purposefully avoided?

Wendy: Call of Duty and similar first person shooters. I don’t like the competitive nature and the resulting toxic environment. I also don’t find much point to them. I mostly game for story. Running through maps trying to kill and not be killed in order to rank up so that I can do this better just doesn’t appeal to me. However, I admit that I did play Warhawk pretty regularly for a while. There was something very stress relieving about blowing shit up in a tank.

“Games where other people feel the need to scream at me is not my thing.”

Lindsey: With Wendy on this — highly-competitive FPS. I play at a more laidback pace with games, so games where other people feel the need to scream at me is not my thing. If ever, it’s single-player or local co-op, and generally something that’s not uber-realistic. I’m also not good at RTS (realtime strategy) so I tend to avoid things like Total War and the Civilization games. 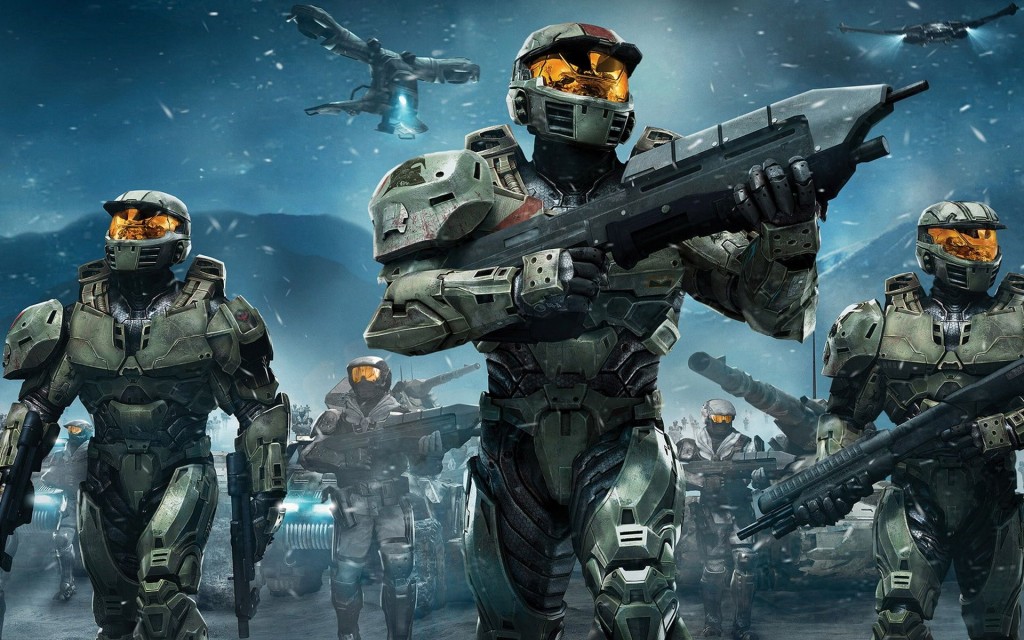 We breathe a collective “no thanks” (Halo)

Christa: I’m with Wendy and Lindsey as well. FPS shooters do not appeal to me. I honestly don’t understand the appeal of games like Halo.

Claire: I can add my signature to the no-FPS scroll. Once I played House of the Dead at a bowling alley and once was enough, my friends. I was too into it; if something is coming at my face I dont want to just click a button at it, I want to grab it in the face and move my actual body to protect myself. I avoid Sonic things, because every person playing Sonic seems to care nothing for collecting those golden hoops, and that makes me tragically anxious. Why don’t you want them? They’re clearly there for collecting! I also avoid the Persona series, even though they’re very attractive games, because they make me feel uncomfortable. I don’t like the idea of unconscious revelation amongst small, inescapable social groups. Basically: if a game or premise makes my fight/flight impulse kick in for real, it can please leave my home.

Carly: Echoing the long list of competitive FPS games! They’re marketed as hyper-masculine games, and it wasn’t until Nintendo showed off how friendly Splatoon is — especially with its lack of voice chat — that I wanted to play a game where I’d be firing a gun (or rolling paint on the ground). I also purposefully avoid Dark Souls and all games like it because I get anxious and focus too much on my own failures. Games that are praised for being punishing are a quick “no-no” for me. I tried out Hotline Miami and got so angry I never wanted to play it on my own despite everyone telling me it was such an interesting game.

“I honestly don’t understand the appeal of games like Halo.”

Jennifer: Going to go ahead and add my name to the FPS-hater list. I cannot handle any Sims games. I tried playing once and got so freaked out by the idea of killing my Sims that I never played again. So, any Sims games are off-limits for me. Any game that has a really steep learning curve is probably not going to be a priority for me to play. So, Carly, I definitely feel you about Dark Souls. I’ve watched enough friends be reduced to tears by those games to know that it’s not for me.

Any old franchises you’ve missed that you plan to go back to?

Wendy: E3 just announced sequels to Fallout and Gears of War. The former I have via my obsessive Steam buying, but have not yet played it, while Gears of War originally required an XBox which I refuse to purchase. But I’m a sucker for good story and games that can turn my friends into balls of gaming angst sound good to me. Deus Ex is also on my list of games I want to get into.

“I’m a sucker for good story and games that can turn my friends into balls of gaming angst sound good to me.”

Lindsey: I have a few Final Fantasy games I never played that I want to, like Final Fantasy VI. Also, Chrono Trigger. I tried it for a bit once, but wasn’t invested enough. I’d like to give that another shot.

Claire: Currently playing through Breath of Fire, and there are a LOT of Kirby games I’ve never yet touched.

Carly: Somehow, I have never played a Metroid game. I’ve watched playthroughs of the much older ones, but I’d like to play the Metroid Prime trilogy at some point! I’m actively seeking out more games with female protagonists, and Samus is just so cool.

Jennifer: Zelda! I got a chance to play Hyrule Warriors and loved it (probably because not a lot of aiming is required- perfect for me)! I’m looking forward to the new open world Zelda (whenever that is released). I’m also planning to make Final Fantasy VII my first FF game when it’s re-released.

Are there games (that everyone seems to have played) you haven’t finished because they were too hard?

Wendy: Super Mario Brothers. Well, they weren’t hard, but I just lacked the patience and dedication required to finish them. I am just as happy watching someone else do it. I still joke that up until the last few years, the only game I’d really finished on my own was Chip ‘n’ Dale Rescue Rangers. Now, games have enough difficulty options to allow me to get through them with or without much challenge (though I’ll rarely play on any mode higher than normal). I appreciate the accomplishment and was really happy when I finally beat the boss in Bayonetta, but I just don’t find enjoyment in spending too much time trying to beat a video game if the pay off of a great story conclusion isn’t at the other end of the battle.

Lindsey: It would be easier to go over the games I HAVE beaten than haven’t! Like I said before, I have a laidback playstyle. That doesn’t lead to a lot of completions, but it’s still fun for me along the way. It does mean that I have a lot of “in progress” playthroughs though…

Christa: I think the majority of games that I play I never finish. Most of the Final Fantasy games, Chrono Trigger, Portal, Pokemon, Little Big Planet, Arkham Asylum, and the most recent Donkey Kong game are all sitting on my shelf unfinished. Sometimes it’s because I just get bored, but usually it’s because I’ll get to a certain point, get stuck, try and get past it for a little while and then just give up and move on. I’m way more likely to finish a game if I’m playing it with someone (like Super Mario Brothers) because the other person keeps me motivated.

“I think the majority of games that I play I never finish.”

Claire: Oh all games! All games are too hard to finish! Except, like, four, and it’s never ever worth it. I don’t care about finishing games and I don’t care about proving myself TO games. If they’re so hard I’m getting irritated, that’s their poxy (developers’) fault and I ain’t playing. Games are for fun. So when they aren’t, I stop. And that way, I always think of that game as a fun game, because it was at every point.

Carly: As I mentioned earlier, I’ve tried out games like Hotline Miami and had to drop them almost immediately after finding how difficult they are. It’s not that I dislike difficult games; I just need to feel like I’m not smashing my head against a wall on each retry. I appreciate it when games have an easier mode so that I can keep getting through the plot even if I’m not a great shot in The Last of Us or don’t have the same grace Bayonetta is supposed to have in Bayonetta and Bayonetta 2.

“All of them. I am so horrible at every game; I don’t think I’ve ever finished one.”

Jennifer: All of them. I am so horrible at every game; I don’t think I’ve ever finished one. Most games that I’ve tried to play have had a steep learning curve, so I’m usually done with them after 5 minutes. I did start Dragon’s Dogma and really want to go back to it and finish one day… if I somehow manage to find my way out of the DLC that I ACCIDENTALLY stumbled into.

Finishing a game doesn’t make you more of a gamer. If you stopped playing soccer during the last part of every game you wouldn’t not be a soccer player, you’d just be a weirdo. And we love weirdos! Al Rosenberg, Game Section Editor and Queen of Shame, cannot let a game lay unfinished, but even she hasn’t made it through some things (anything scary, to be honest). What about you, readers?