What’s up, gaming buddies? You’re so cultured, you need to take a news break. No one needs to know it’s game news. This week’s all about diversity in games: more lady characters, LGBT progress and more!

Spider-Gwen being added to Contest of Champions

Big news for comics and game fans alike. Spider-Gwen is being added to the Marvel Contest of Champions mobile game this fall. The game’s Heroes & Villains are slanted male; having her join the ranks of Gamora, Storm and Scarlet Witch will nudge the ratio up a bit.

It may sound like small potatoes, but Nintendo has confirmed that in Fire Emblem Fates includes the possibility of same-sex marriage in the game. According to the statement, “there is a male character that the game’s player may have his/her male main character marry after they bond in battle.”

During E3, I couldn’t escape the buzz about Bethesda’s new Fallout game like the setting (Boston!) or the real life Pip-Boy. This week, the free to play Fallout Shelter iOS game has wiggled its way into the top three mobile games in both the US and UK app store, kicking out Candy Crush Saga. 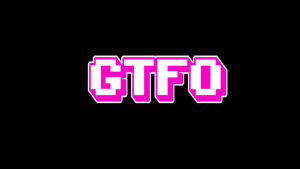 The much-awaited new gaming documentary about the harassment of regular, everyday female gamers is now out on iTunes, Vimeo, Google Play, Xbox, Playstation, and Vudu. The film premiered at this year’s SXSW Film Festival and is getting a lot of attention.

With the popularity of e-sports, I’ve been curious to see how gaming leagues for youngsters would evolve. Companies like Super League Gaming are teaming up with movie theaters to host gaming league events, such as the Minecraft event mentioned in the story. I’m hoping this is a great way to get more young women involved since movie theaters are such a mainstream venue.

Have thoughts on any of the above? Want to see us review it? Chime in the comments. I want to hear all about it. Til next week!