If you mention Shenmue to any Dreamcast-er of yonder years, you will generally see a glazed-over look in their eyes with a content smile, and maybe a tear of joy rolling down their cheek. I could be exaggerating, but you get the idea. The general consensus of the original Shenmue games was that you either loved them or you hadn’t played them.

I’ve never played Shenmue–I opted for a Playstation 1 instead of a Dreamcast for my first personally-bought console. But that doesn’t mean I’ve never heard of Shenmue or haven’t witnessed the cult magic it cast on its fans. The hopes of Shenmue III had become a running gag ala Half Life 3. Everyone wanted it. Everyone clamored for it. But everyone was also resigned to a future where the sequel never came. 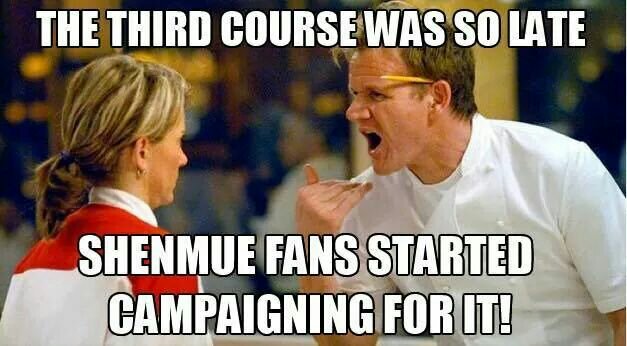 Oh, how wrong we were.

At this year’s E3 2015, Yu Suzuki presented during the Sony Conference–you wanted Shenmue III? So do we. Here’s a Kickstarter. Let’s prove people want this game! And prove it they did. Within nine hours, the Kickstarter had reached its $2,000,000 (that’s MILLION) goal and it’s still climbing. Half of the stretch goals have been met by this writing. The Fans have spoken.

Yu Suzuki has been looking to make Shenmue III for years, but has been unable to do so. It was only when he learned about Kickstarter that he saw a way to make it happen. And he choose the best time possible to launch it. Retro-revivals have been popular as of late. The minds behind Banjo-Kazooie have funded its spiritual successor, Yooka-Laylee, via Kickstarter. Bloodstained: Ritual of the Night is the spiritual successor to Castlevania and led by former Castlevania producer Koji Igarashi. Did you all miss Mega Man? So did Keiji Inafune, the original illustrator and co-designer for Mega Man, and he and his company Comcept Inc. are bringing us Mighty No. 9. Yes, Yu Suzuki chose the perfect time for Kickstarter.

While it was announced at the Sony Conference, it is important to point out that Sony isn’t funding this project. The game is being developed for PC and PS4, with no decision on other platforms yet. And with the lack of a Sega console to clamour behind, a lot have expected such a sequel to play more to the Playstation market. To be blunt, having the Shenmue sequel only available on PS4 for the console side is like striking gold for Sony–they knew sharing this news on their stage would not only guarantee the Kickstarter’s success (exposure is so important, and who can ask for better than Sony’s Conference at E3?), but it also sets the seeds for those hardcore nostalgia fans that haven’t moved to next-gen yet that they are going to want to soon. For instance, I can see a PS4 in our household’s near future.

Where is SEGA in all this? The game is being developed by Yu Suzuki’s company, Ys Net. And with SEGA being the mistress to Nintendo, you would have thought any game they were a part of, especially from the old days, would be for Nintendo. But it seems SEGA has nothing to do with this game as well. In the Kickstarter page, there are only two mentions of SEGA and they are in the FAQ. The first asks, “Is this game affiliated with SEGA?” Response: “SEGA has officially given us the rights to use the ‘Shenmue’ license.” The second asks if there will be Shenmue 1 & 2 HD remakes. Unfortunately, this answer is less hopefully–SEGA still owns the rights to those, so no. I’m not an expert on licensing, so I can only imagine that the license they bought from SEGA (come on, they didn’t gift them the rights to use Shenmue) were for new games only–any existing titles were still solely SEGA’S property and thus can’t be remade by Ys Net under this license. It makes sense – hopefully it lights a fire under SEGA’s rear though and they milk that cash cow a little before Old Bessie dies of neglect in the corner of the parlour (and maybe give Sonic’s teets a rest–they must be chaffing by now). 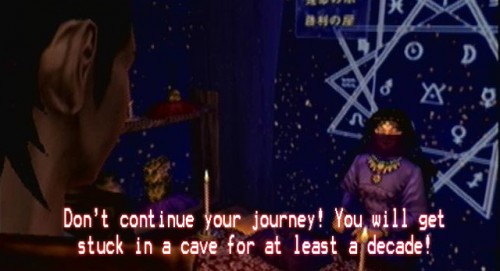 I CAN SEE THE LIGHT AT THE END OF THE TUNNEL. I CAN SEEE IIIIIT~!

Right now, the indication is that we’ll see Shenmue III around December 2017, according to the Estimated Delivery on Kickstarter. This could change, as anything could happen between now and then. But where we had all started to resign ourselves to a fate where our beloved games of yore would never see their day again, this year has seen our patience and undying enthusiasm rewarded finally. 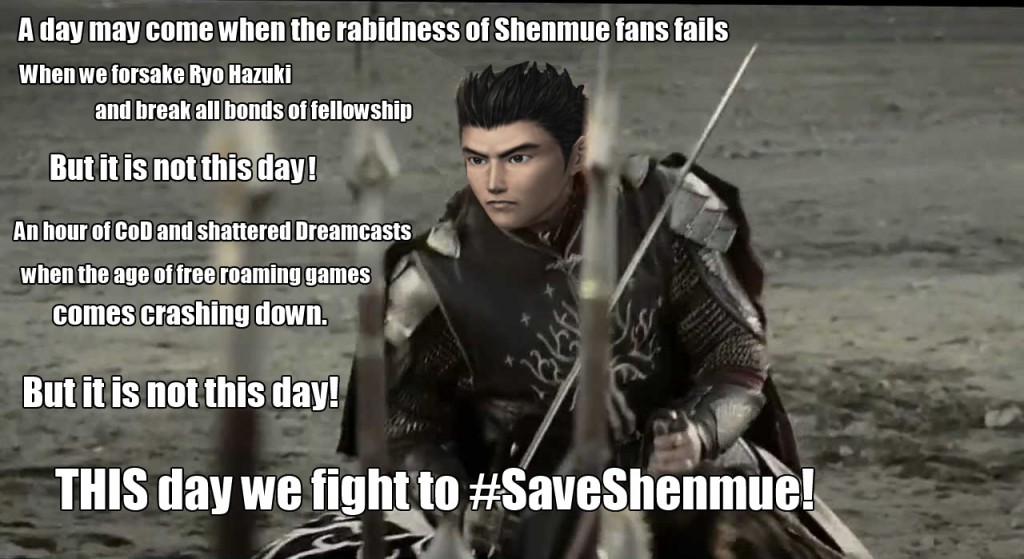 And Save Shenmue we did…