I watched the new Metal Gear Solid V: The Phantom Pain trailer, and I’m just annoyed. I feel a yearning; I want to go back in time and observation and just enjoy my attachment to the Metal Gear name. I want to be simply invested in these stories of men.

I want to be like, “What’s up with that pony-nub?”

But to be honest, I’m preoccupied with protective posturing: I want to rear up and roar my warning. Please stop hurting Paz. Please reverse your marketing of Quiet’s rack. Please get over your fucking jiggle-physics close focus mini-scenes. Losers.

Quiet’s character design broke ages ago; it seems like years. A sniper in a bikini with ripped tights, because people sometimes wear bikinis under tights? Yeah, sure. Kojima’s interviews “assured” us that there would be a “reason” and that we’d feel sorry for judging … blah blah blah. The fact remains: promotional imagery gave us a bikini sniper, and then in 2015, word spread of an official action figure with soft breast tissue for the owner to manipulate. I don’t respect the creation of this artefact.

But Quiet is a character, right? She has, if we allow ourselves to believe in stories, a personality. And she features a couple of times in the long trailer released at E3. We see her being interrogated (couldn’t miss that), and hoisted unconscious, gusset towards the “camera,” but we see her standing alone, too, and I like her.

I like her body language, and I like her face. She looks like Sofie Gråbøl, who I know as Lund. Lund is one of my media-mes or my outside selves. Sofie looks like Disney’s Belle, if Belle was allowed … you know, lived-in humanity, beyond a cartoon romance. When it comes to Disney princesses, Belle is one of mine. So she’s got a hook in my heart, Quiet, just by circumstance. Beyond “she’s a woman/I’m a woman,” I find I inescapably care about her. And I can’t help but envy the power to generate my own body camo. 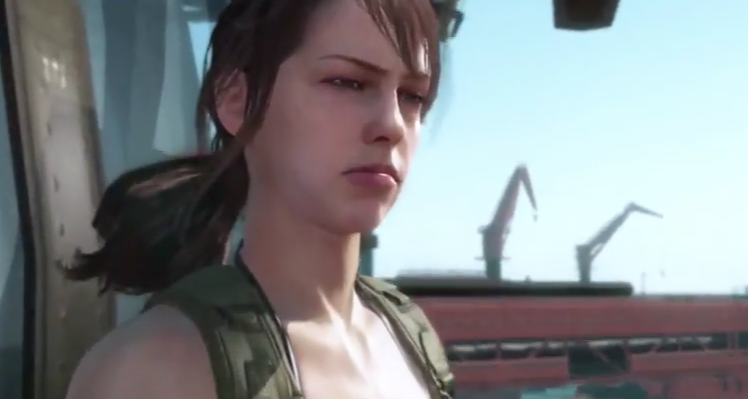 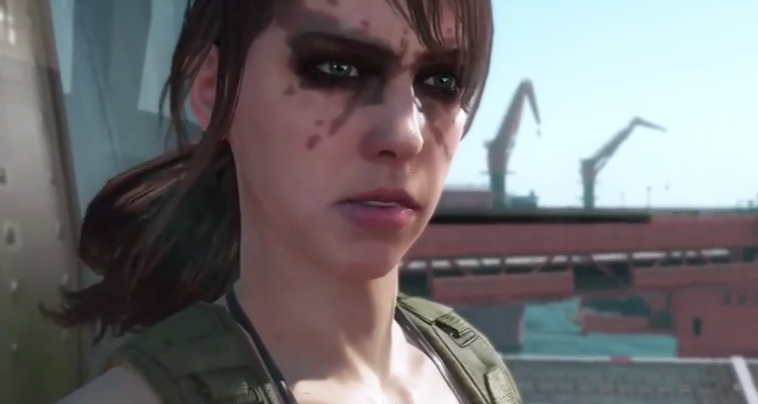 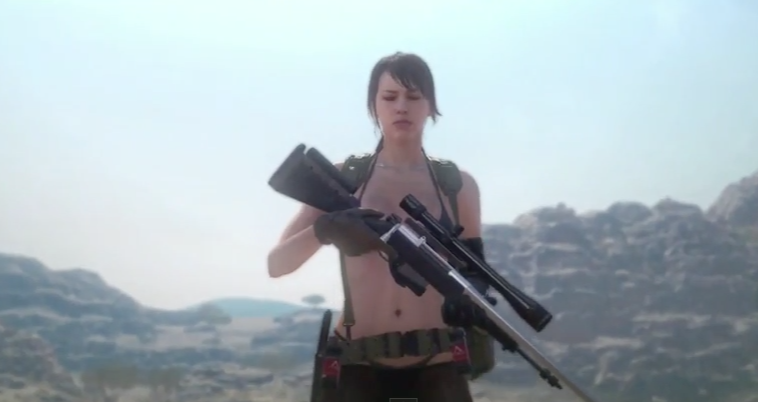 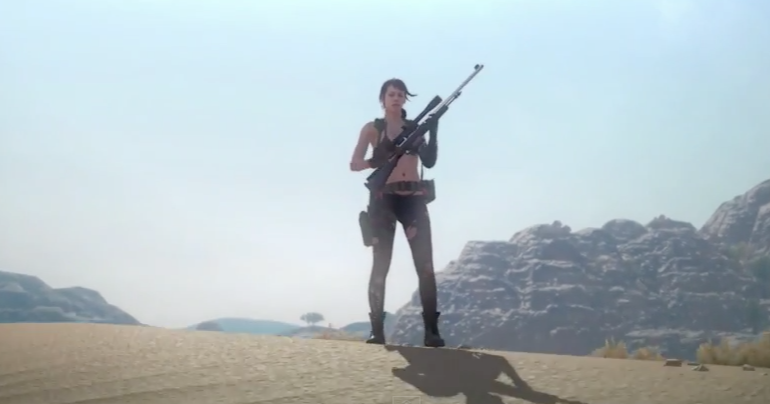 But I’m just waiting to hear about the trauma that some game developer thinks justifies a swimsuit round in desert warfare.

Paz wormed her way into my digital heart while I was experiencing Peace Walker. What can I say? She was trying her best. She was clearly given very little from anybody she relied upon. She was sad, and Metal Gear is all about caring about sad people. I wouldn’t give a damn about either Snake if I wasn’t susceptible to made-up people’s tragedies. So I cared about her weird patina’d innocence, and I was appalled when Ground Zeroes forced bombs into her cavities and blew her insides out. Her blonde china beauty, her Latina false identity, her thin scarred body in its underwear-and-mecha bossfight—they were all fetishistic, and I resented these things being applied to a character. A character is a person. And she was already dealing with so much actual plot. 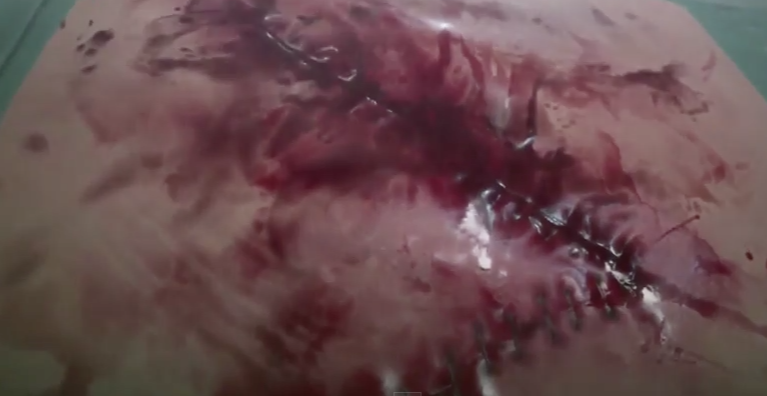 Saw this and thought of you, Pacifica. 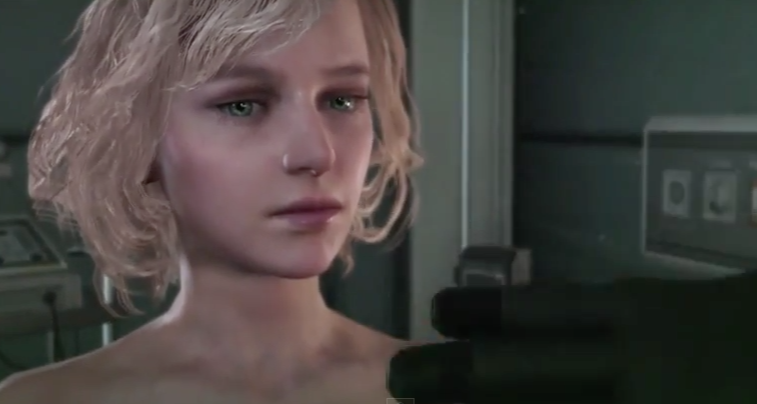 The new trailer has Paz, even though it seemed like she ended Ground Zeroes all in pieces. She’s glassy-eyed, she has no shirt on, and good grief, bad grief, is there no damn rest? Snakes don’t get to kick back, but Snakes are our protagonists. Kaz and Hal Snr? We’ve known them in their primes and we’ve seen their legacies played out in games set later. What does Solid Snake hear about one blonde triple agent, one Afghani sniper in a bathing suit? As far as we know—”we” the longstanding audience, the only actual genuine humans in the mix, feeling the ebb and flow of the gendered individual, and collective importance—nothing. Their significance does not outlast their appearance. They don’t exist prior to their chaos times. They do not last. These women are peripheral tragedies. And I care about them so much.