Hey, did you hear? The old Realistic Gaming mines! They’ve gawn an’ opened them back up! This town… maybe this ol’ town of Shenmue can rise up once again, really become something. Even after seceding from the once-great state of Sega *tobacco spit*.

You might not know this—because really, why should you?—but Shenmue was kind of a big deal. Released in 1999 in Japan, late 2000 elsewhere, and described amongst other things by industry commentators as “seriously the most realistic adventure game ever produced,” it saw a sequel in 2001. And then? Nothing.

But Shenmue didn’t die in the hearts of its fans and it didn’t ease out of the heart of its creative go-getter, either. Yu Suzuki kept his dream alive. Or almost alive. It turned out that all Shenmue needed, was a little kickstart. Following the announcement of a crowdfunding campaign from Sony at big game party-conference E3, Shenmue 3 hit its goal of two million dollars so fast that I hear Sonic cried. At point of writing, graft an extra half a mil on there and you’ll get a better picture of things. Shenmue 3 is happening, and it’s going to happen big. Four $10,000 level pledges have been taken, and seven-nine-nine fans (seven hundred and ninety-nine! fans!) out there have laid down five hundred American dollars for the chance, in two years time, to play the final (haha! A$ if) chapter of this sixteen year old epic.

So why is it crowdfunded? Why isn’t it all Sega branded? Why was it announced by Sony if Sony isn’t funding it? Don’t ask me, because I don’t know. 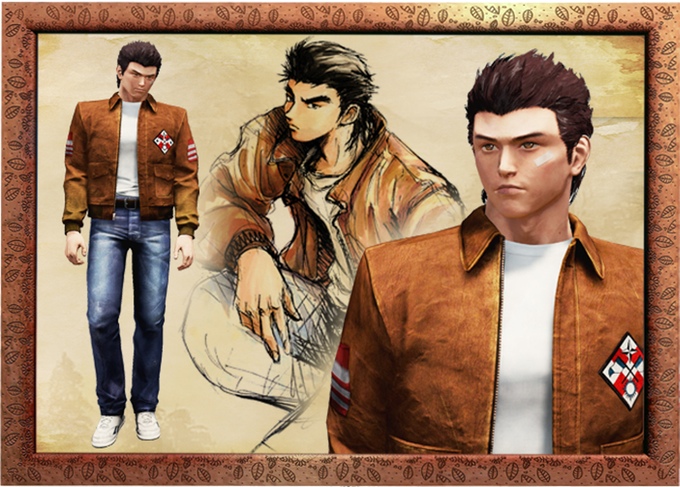 Current artwork or old promo composite? It does not say! 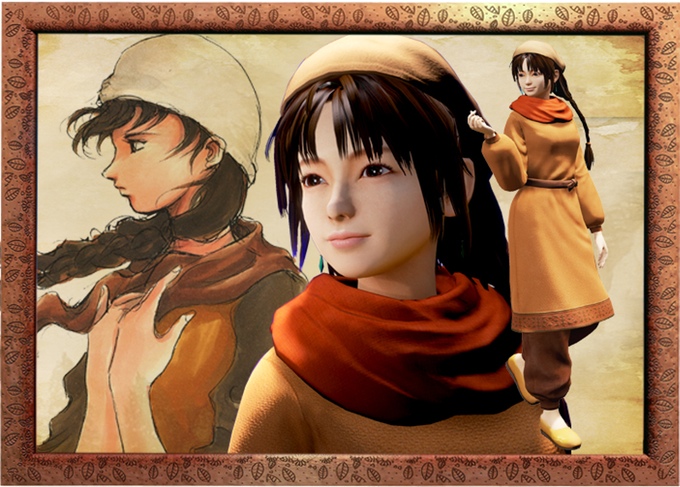 Is this what a girl from a very remote mountain village in China might reasonably wear? I don’t know. Research is not telling me. Perhaps the costume designers are experts on rural China, but I can’t quite find out who exactly ARE the costume designers. That tunic fabric looks hella synthetic, though, right?

I’ll be clear with you: I have no idea what’s so special about Shenmue. I don’t know why some characters look like they’re from imaginary times past and some from  1999. I doubt I could “get it” if I tried. Because I wasn’t there. All I have is this gorgeously wide-eyed pre-release review, in March ’99’s CVG Magazine. Even before this third chapter was announced, this was my favourite video game review. A treasured piece of print journalism by an uncredited writer. It’s the sweetest thing—the awe of it, the wonder! It makes me nostalgic for something ungraspable. I can’t ever know this joy.

For me, living in this crazy digital future we call the present, running around doing whatever mundane thing I feel like in a video game is pretty regular. It’s normal. The sunlight changes with the time of day? Sure, that’s something that happens in games. Graphics are clear and it looks like people have skeletons under their flesh! Okay, steady on, that’s not so far out! Shenmue pioneered things that are just staples these days, and I don’t have the apparatus to understand how grateful I should be. Obviously, people with big wads of cash to spare do. They remember what Shenmue meant, because of what it could do. I’m happy for them. I hope there’s enough innovation left in the possibility bank for Shenmue 3 to be able to thrill them all over again.

Cos even if there’s not, that money ain’t coming back.