Get Your Game on Wednesday: All the sales

My June is becoming a whirlwind of activity, so it’s good to take few moments to think about gaming fun. This week, there’s the big game sales news, the Lego Avengers trailer, a new board game convention planned for DC and since I haven’t included any for a while, LARP. Put your feet up and grab a bubble tea, it’s time for this week’s Get Your Game on Wednesday.

Yes, my friends, it’s the annual “take all my money” summer game sales. GOG’s DRM-free summer sale is already underway and the Steam summer sale starts tomorrow. GOG’s been including some sweet limited time deals like Battle Realms. You have to be quick like a bunny to snag some deals. GOG’s sale ends June 21 and the Steam sale runs June 11 through June 22. 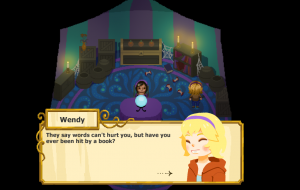 For a whole (see what I did there?) $5, you can play a cute game created by a talented group of young women. The game’s protagonist is a young budding archaeologist who find herself transported to a mystical world. She using her digging skills to solve puzzles to help get herself back home. I had the opportunity to chat with one of the creators of The Hole Story at this year’s PAX East and loved hearing a young woman excited about telling stories and making games.

Our first peek at the new LEGO game is out and looks like a bit of fun. The game is expected out later this year. Also of note is the inclusion of Black Widow, kicking butt and taking names, while a certain other green guy is busy taking selfies. That should put a smile on the face of #wewantwidow fans. 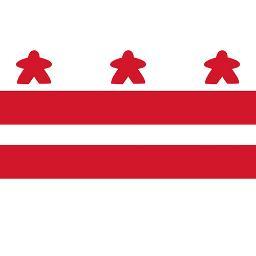 D.C. has a new board game convention organized by a woman

Technically, it’s organized by a woman and two men, but who’s counting? This September, WashingCon will feature all things tabletop, including open gaming and published game demo. The event is organized by Kathleen Donahue, owner of Labyrinth Games & Puzzles, game designer Ben Rosset and Matt Grosso, who hosts the The Argonaut’s game night.

Why yes, reporting on live action role play (LARP) does make me happy. Hundreds of fans recreated the battle and the photos are definitely worth a peek. For my fellow LARP enthusiasts in Toronto, a Game of Thrones LARP battle is coming your way on June 28. Please please go, so I can live vicariously through you!

Alright fans and friends, that’s it for this week’s game news. Remember to board games are portable, so take a game outside and enjoy a tasty beverage and BBQ with your friends. Until next week!