Welcome to Wednesday! Was it just me that thought Drift Girls would be a sweet racing game with female drivers instead of a racing game with dating sim? Perhaps I’m recovering from Mad Max and all that kick ass female driving. Enough of the my disappointment, on to the news!

If you think you’ve got what it takes to be the best, plan on camping out near one of ten Best Buy stores on May 30. Although the qualifying events run from 10am -7pm, only the first 750 folks in line are guaranteed a participation wristband. The Nintendo World Championships 2015 take place in LA on June 14. 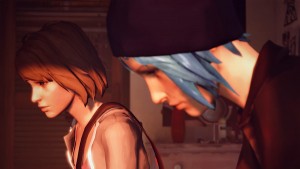 Life is Strange storytelling and support

Although an older article, with the this week’s release of the new chapter (Episode 3) of the Life is Strange game, I’d like to give a shout out to the developers for being inclusive on help services for people affected by any of issues mentioned in the game. It’s a powerful use of storytelling, game play and real-life resources. Warning: The link above does contain spoilers for Episode 2. 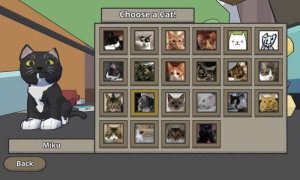 This game keeps creeping up on my radar. Catlateral Damage is where you play as a cooped up house cat causing destruction while your owner is away. Feeling a little frisky yourself? Check out the new game infomercial for a giggle.  I’ll need to keep my cats away from this game, lest they get any ideas.

A while back, MCV Pacific announced its fabulous list of Women in Games. As promised, they’ve been releasing articles on each of these amazing woman’s accomplishments. I highly recommend a read through, especially if you’ve having an “I wish there were more women in gaming” kind of day.

Until next week, have fun and level up!