Our PAX East coverage continues: first up we had Jo Fu’s Con Dairy, and now Brenda Noiseux shares her thoughts on her experience at the gaming convention.

The third convention of the year for me, PAX East, is one of the largest conventions I annually attend. It’s almost like a geek holiday for me, and my social media feeds light up with excitement as friends and acquaintances get ready to attend.

Big titles were out in full force at this year’s show. Blizzard’s Overwatch booth had already capped the line by 11am on Friday and kept going solid through the weekend. During PAX East, Blizzard announced the new character, Zarya, a strong Russian woman, in an attempt to show how the company is listening to calls for character diversity. Other long lines included Dreadnought, The Witcher 3, and Infinite Crisis. Riot Games, makers of League of Legends, did not have a booth this year, but Square Enix took the spot they had last year, and I was glad to see a variety of game options available, including Life is Strange.

My personal favorite was Star Trek Timelines, in the works from local Massachusetts game studio, Disruptor Beam. The game will allow players to create a crew from any of the Star Trek series and then go exploring the universe on missions. The game will be released as free to play, but with purchase options for additional characters. With Madeline Messer’s article fresh in my mind, I asked if there would be any female characters in the free to play version. Happily, the answer is yes, including one of my favorite captains, Kathryn Janeway.

Moving to the indie games and tabletop, the floor layout changed this year, and I’m not sure I entirely like it. The indie showcase sections for both video and tabletop were smushed together with little room to move between the games. The tabletop area was smaller this year, in part due to the addition of three e-sports stages.

I made sure to stop by the Girls Make Games’ The Hole Story and Disparity Games’ Ninja Pizza Girl stations to try out game play. Both are successfully funded Kickstarter games featuring young female characters and girls and/or women on the development team. I was definitely charmed by The Hole Story, even more so by learning that the girls originally wanted a princess character but changed her to an archaeologist since it made more sense for the story. 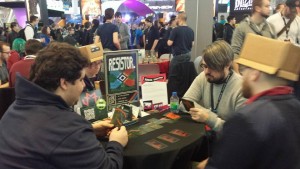 Since I’m always on the hunt for good 2-player games, I took  a chance to demo Resistor, the two-person card game by Nicole Kline and Anthony Amato of Cardboard Fortress Games. Players play as super computers trying to infiltrate the other side. The way to win is by running a complete colored circuit line across to your opponent. The game includes a cool hidden knowledge, memory mechanic.

My big game disappointment over the weekend was not being able to see the Mouse Guard Swords & Strongholds game in action. I’m a big Mouse Guard comic fan. I was so excited when Luke Crane of Burning Wheel said he was demoing the game. Unfortunately, I didn’t realize he was only there on Saturday, and when I stopped by on Sunday, although the game was out on a corner of the table, the people staffing the booth said demos weren’t available and were only available for certain Kickstarter backers on Saturday. I was so sad I almost broke down in tears, but thankfully pulled my tired self together and got a photo with some Tribbles instead. 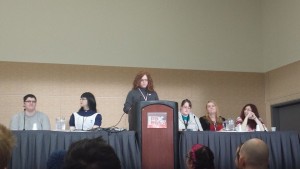 I also had a chance to view two panels: Press XY: Trans Against Insanity and Bioware’s Women in Gaming. Press XY took a fun and educational spin on the Cards Against Humanity format using questions with a transgender twist. Then they used it as an opportunity to discuss different challenges that trans folks face. It was a little dry at times, but good nonetheless.

Bioware’s Women in Gaming panel was one of the highlights of my weekend. As I’ve mentioned before, I’m addicted to all panels Women in Tech/STEM/Comics/Gaming. Bioware’s panel kept a positive light on women working in gaming and showcasing female employees from all areas of the company.

Overall, this year’s PAX East was great, but I feel like I’ve seen the same things over and over again from the big game studios. I’m happy at the attempts for character diversification, but hope we’ll continue to see more varied storylines moving forward. 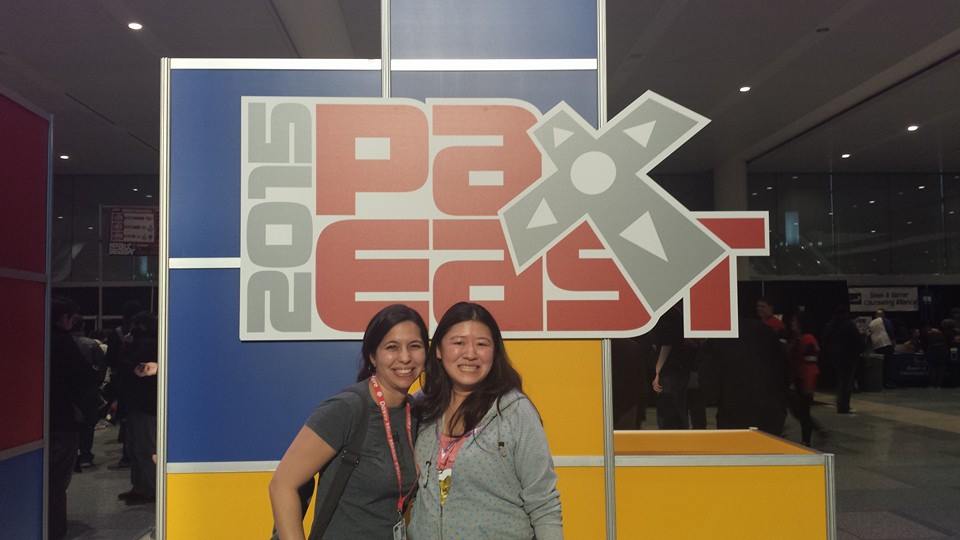