Banking on the idea that the owners of the new generation of consoles will want to buy all of the gaming peripherals, or that they’ve held on to their old instruments, Harmonix has announced Rock Band 4. Plus, they now have the budget for a “top tier” soundtrack. We have great ideas for what should be included on the new playlist.

Al Rosenberg:
“Killer Tofu” by The Beets (from Doug)

Christa:
“Face it, Tiger” by The Mary Janes (Spider-Gwen)

Al Rosenberg:
“Stand Out” by Powerline (A Goofy Movie)

Rachel Stevens:
Both the Sourballs and the Candy Hearts (Band vs Band) 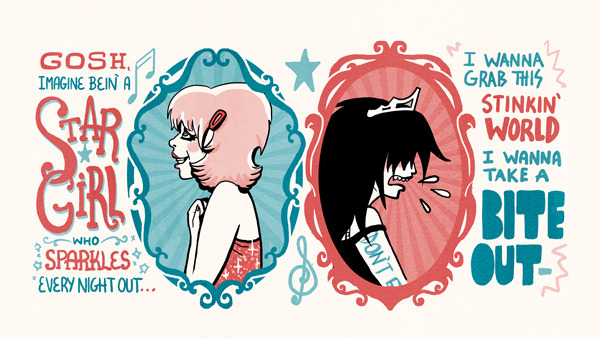