Hello, happy gamers! How’s the week treating you? I recently realized I had forgotten to play The Room 2, so I’ve been catching up before The Room 3 comes out this spring. Also, confession time, I started Life is Strange, but haven’t committed much time to it. Let me know what you’re playing, and what I should be, in the comments. Now on to the news.

The British Academy of Film and Television Arts (BAFTA) has announced the nominees for the 2015 British Academy Games Awards and Alien: Isolation leads the way with six nominations. Hooray! Never Alone also makes the list with 2 nods. 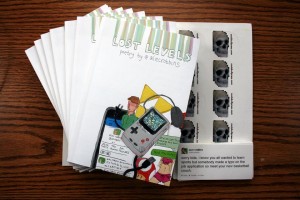 Submissions open for gamers who are also writers

Cool Skull Press is holding open submissions for poems, stories, and writing about video games written by women and nonbinary writers for a print zine. All profits will go to Feminist Frequency and Girls Who Code. You have until March 25, so get creative!

This week’s highlight of women in game development is Kathie Flood, co-founder of Cascade Game Foundry, thanks to a lovely article in the Seattle Times. The studio’s current game, Infinite Scuba, allows players to explore the ocean as a scuba diver. Maybe it’s the six-feet of snow outside my door talking, but this looks lovely.

Ghostbusters board game takes to Kickstarter

Cryptozoic Entertainment announced its new Ghostbusters board game for 1-4 players. Already at closing in on its $250,000 goal, the game includes the four original Ghostbusters characters and is expected to be released in October 2015. Sorry, ladies, no all female cast here.