Restrictions placed on LGBTQ players in League of Legends tournament

When this popped up in my Twitter feed yesterday, I, like many others, thought it was a joke. Garena Phillipines tried to institute rules for their Iron Solari League stating that teams could only one gay/transgendered woman on a team for the entirety of the day. Violations were severe and could include a one-year ban on all Garena-sponsored events. It looks like Riot Games, creator of League of Legends, got involved and Garena has since removed the restrictions.

Kate Upton and the Game of War: Fire Age commercial

Last Sunday in the US was sportsball day. I’m from New England and even if you don’t watch sports, you watch the Patriots when they’re in the Superbowl. As a bonus, you view fun commercials. One for the popular mobile game, Game of War, is stirring controversy on portrayal of women; some women loved it showing the strong beautiful warrior, others wondered who the commercial marketed to with its sexy content.

I was tempted to leave this off the list, until after it airs on Feb 11. I’m not sure how I feel about it. I have similar opinions to article’s author, Victoria McNally.

Women in Games International and Oculus co-host party at GDC

The annual Game Developers Conference (GDC) is a huge event for game industry professionals. This party is already sold out but taking names for the waitlist. Even if you’re not one of the lucky few attending GDC or the party, scroll through the attendee list and squee at all those women in games! 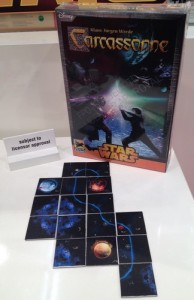 Dr. Who coding game for Android and iOS tablet

And for your weekly does of cute, if you can call a Dalek cute, I present: Doctor Who: The Doctor and The Dalek. In the mobile version of the popular online game,  players get to fight Cybermen, Sontarans and Daleks while learning simple programming concepts. 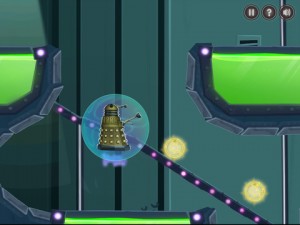