My First RPG: Below the Root

In grade six, there were two Commodore-64’s in the classroom, and if we did all our work, then we had a chance to play one of the three games available. I used to do my work extra fast so I could score extra time. Because I really needed to pense the bunnies. Little did I know at the time, that when I ventured Below the Root with the Windham Classics game, I was paving the way to my love of roleplaying games. 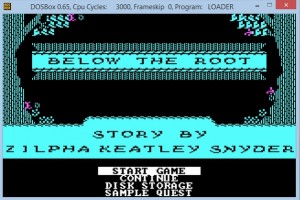 Below the Root  was inspired by the book of the same name by author Zilpha Keatley Snyder who, in 1978, introduced readers to the world of Green-Sky and the Kindar people. 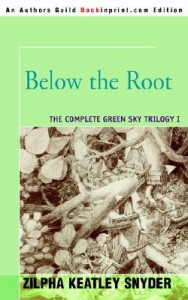 Writes Snyder in her autobiography: “Like so many of my books, the trilogy’s deepest root goes back to my early childhood when I played a game that involved crossing a grove of oak trees by climbing from tree to tree, because something incredibly dangerous lived “below the root.” […] The computer game transpired when I was contacted by a young computer programmer named Dale Disharoon. After Dale introduced me to the world of computer games, I wrote and charted, Dale programmed, and a young artist named Bill Groetzinger made marvelous graphics for a game that takes off from where the third book of the trilogy ends.”

I briefly owned the book a few years back, but in a fit of jadedness, I decided, after a few chapters, that it was boring, and donated it to the library. I have come to regret that decision, but fortunately, I have 2908103 other books in my to-read pile to keep me from wallowing in my guilt.

I don’t remember much about the story from my long ago play time, though I vaguely recall something about a feud between the tree dwelling people and those that live below the root. I decided to download a DOS emulator to help refresh my memory. What better way to research nostalgia than by sinking right into it? I enlisted the help of a techie friend who walked me, step-by-step, through the installation process.

This turned out to be a lot less painful than I expected, and soon enough, I was back in Green-Sky — which turned out to be a lot more painful than I expected, especially for poor Pomma. Pomma D’ok is one of the five playable characters.  She is a Kindar child with fairly high spirit ability, which allows the character to “pense” animals and people. This is the ability to emphatically connect with sentient beings. It may lead to actual telepathy in higher levels, but in earlier ones, it could determine the emotional state of a subject. This is particularly useful when dealing with people who might not be on the up and up. “Pense the monkey!” became a catchphrase in our classroom back in the day. It could be used in any number of ways, from cursing, to instruction.

“Pomma is Raamo’s younger sister. One day, Raamo and Neric brought an Erdling girl named Teera to their house. Pomma was very sick at the time and ate a lot of wissenberries. When Teera came, Pomma was cured and the 2 girls became very strong in the spirit skills, able to eventually pense images and words and kiniport objects. However, Teera was an Erdling and D’ol Regle didn’t like that, so he kidnapped Teera and Pomma and threatened them with death. He almost killed them, but Pomma and Teera kiniported his gun away and the people realized that the girls were Green-sky’s last hope. They became the “Holy Children” and were idolized by the people. Then, they eventually hid and people thought they were taken until they reappeared right after Raamo fell into the Bottomless Lake.” [x]

When I was in grade six, I wasn’t really concerned about all this back story business. I just wanted to eat wissenberries, pense all the animals, and ride the winds with my shuba. Now that I’m older, I have a greater appreciation for the depth that goes into video game writing. I enjoy being able to play characters that are allowed to develop as the game progresses. With this in mind, I fired up Below the Root in hopes of reliving my grade six innocence, now enhanced by my mid-life not-so-ignorance. 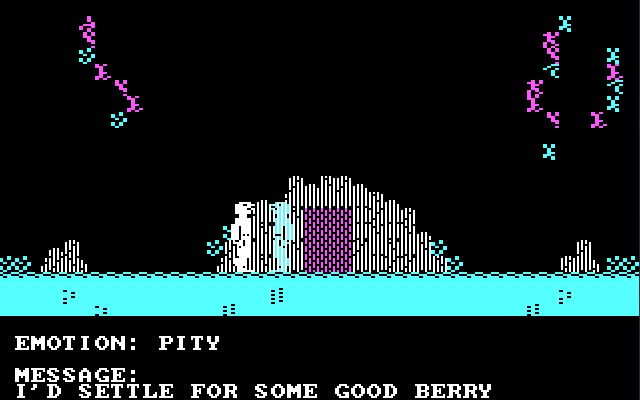 Does this mean what I think it means?

Step one, after selecting Pomma as my main character was to get her out of her house.

I failed step one.

Apparently, walking into walls hurts. Falling down stairs also hurts. Bumping your head hurts, too. This is particularly irksome for Pomma, because, while she is high on spirit, she’s considered “delicate” in the stamina field.

I finally managed to get her out of the house, and found a man outside. Hello man. Can we speak? 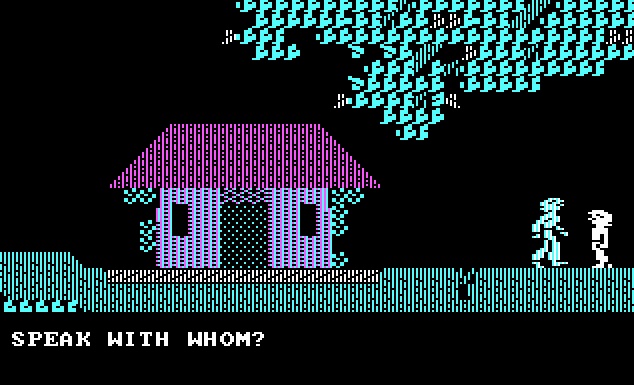 That guy right there!

What do you mean speak with whom? That guy right there in front of me. Why can’t I talk to him? Is he not real? Have all of Pomma’s head injuries from inside the house already taken their toll?

Fine. I let that slide and continued on along the treetops. 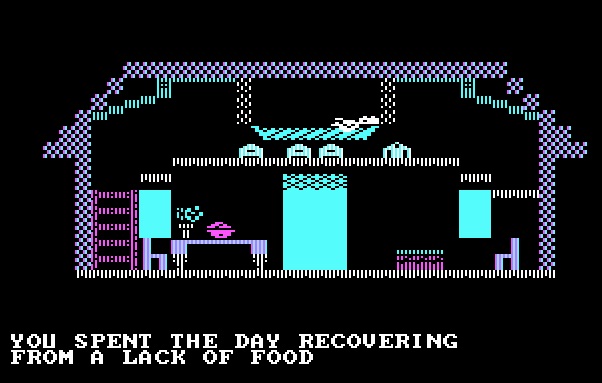 Back in the house. Crap. So I have to get her out of the house again? Well we know how well that goes.

I managed to get her out of the house so that I could fall around outside some more. Eventually, I fell far enough to arrive at ground level. While this was not actually below the root, I feel I was close enough to the Erdling people who live below that I could safely say that I understood their plight and would work to resolve whatever trouble was plaguing our people, above and below. Then I exited the game because clearly, this is not how nostalgia is supposed to work.

Dammit, I really just wanted to pense the monkey. 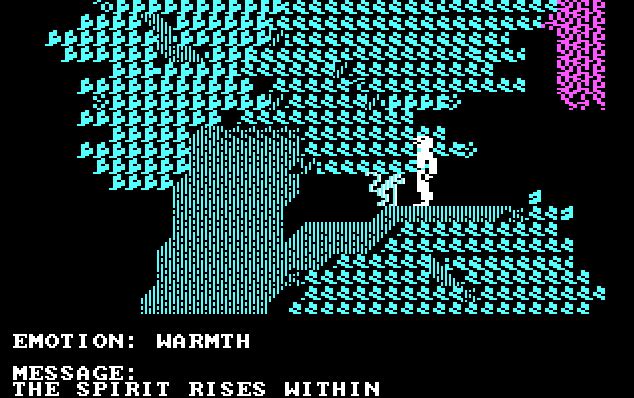