DONTNOD Entertainment‘s Life is Strange is a five-part video game that has been compared to critically acclaimed games such as Gone Home and Heavy Rain, and features similar episodic storytelling as Telltale Games. The game is heavily focused on character and story development and promises “to revolutionise story based choice and consequence games.”

“Life is Strange is the compelling story of Max, a Senior photography student who suddenly discovers she is able to rewind time. She uses her power to save the life of Chloe, her childhood friend, whom she has not seen in five years. For Chloe it’s been a turbulent time and she’s been drifting off course since her father’s tragic death.”

You may have noticed from the pronouns used, that Max is a young woman. Apparently, for publishers, this is still a problem. In their recently released video diary, the Paris-based game developer revealed that several game publishers showed interest in Life is Strange — but only if DONTNOD changed the main protagonist into a male. Fortunately, Tomb Raider publisher Square Enix knows that female leads can power a game just as well as males.

“Square is basically the only publisher that didn’t want to change a single thing about the game. We had other publishers telling us ‘Make it a male lead character,’ and Square didn’t even question that once.” — DONTNOD co-founder Jean-Maxime Moris

This isn’t the first time DONTNOD has had to deal with this roadblock in their six years in the gaming industry. Remember Nilin? Nilin is the female protagonist of DONTNOD’s first game, Remember Me, which was eventaully picked up by Capcom. In a Penny Arcade interview, Moris explained:

“We had some [publishers] that said, ‘Well, we don’t want to publish it because that’s not going to succeed. You can’t have a female character in games. It has to be a male character, simple as that.” 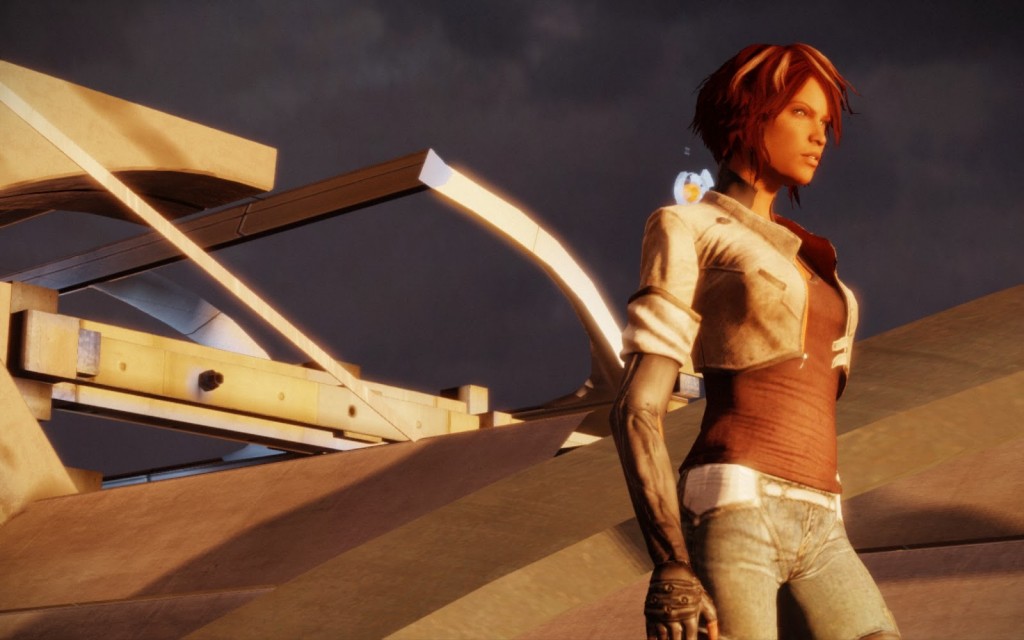 Reviews for Remember Me were mixed. Like myself, many reviewers praised the gorgeous backdrop, the ambitious storyline, and the character herself, but were disappointed in the predictable and formulaic battles, lack of interactivity with the world, game mechanics, and the weak plot.

No one complained about Nilin’s gender.

“There’s a lot of debate going on right now with the Press these days about [gender equality] and there should be,” said Moris in Game Fantatics interview, “but Gender equality is much, much bigger than games. It’s a political, social issue and we’re just game creators so we’re not pretending to address the issue or use the issue to stand out from the rest. We’re just making the games we want to make and characters that are suitable for the story; in this case with 2 female characters.”

For me, Remember Me remains a game that I highly recommend to others, despite its flaws, because it shows how much potential DONTNOD has to offer. If there was one thing I took away from playing it, it was the desire to see more from them, which is why I am very excited about Life is Strange. Remember Me featured a very unique game mechanic that allows Nilin to alter people’s memories, rewinding and fastforwarding as she interacts with the pieces of the mind. It is a very interesting, but highly under-used aspect of the game. As revealed in the developer diary, Life is Strange will expand on that concept, allowing Max to rewind time. To aid in Max’s exploration, players will be able to use this feature to solve puzzles or alter reactions. Many games of late (lookin’ at you, BioWare) stress the importance of player choice, but it sounds to me like Life is Strange will be taking this to a whole new level, with the rewind option even making it possible to experience the alternative choices while you are playing, instead of through multiple saved games or playthroughs. What will this mean for the consequences of Max’s actions?

Life is Strange will be available across multiple gaming platforms on January 30, 2015. I have already pre-purchased my copy because, as with Remember Me, I am voting with my wallet in hopes of finally convincing game publishers that female protagonists are just as strong as male protagonists. But I’m also voting with my wallet simply to show that my top priority as a gamer is to play really great games. If publishers make this their priority instead of trying to convince us of what they believe we don’t want, the industry will be a much place for everyone.