Behold! This week’s Get Your Game On Wednesday holds a boon of gaming news with something for everyone! Grab a cup of your favorite refreshment and give yourself a little reading break. You deserve it! 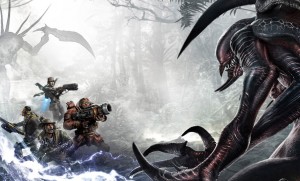 With a playable female team member (she’s a scientist!) and a female Wraith monster, the countdown is on to the Evolve release. The big goal of the open beta is to stress test the multiplayer servers, so offline play is a no-go. PS4 and PC gaming will hold a separate smaller closed beta tests.

In what I think is a smart move from Joystiq, they’ve decided to no longer score games. Among the reasons, software deployment issues at the release and updates that can completely change the usability of a game.  Instead they’ve added a nifty summary called “In Other Words” to the end of their full length reviews. 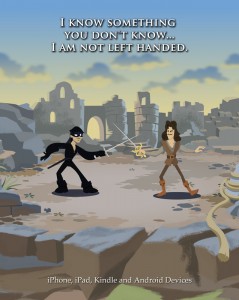 That’s right the official game available in the Apple AppStore lets you bash eels, climb the Cliffs of Insanity and more. It feels a little kids movie cartoony, but with free updates, it sounds like fun if you have $4 to spare.

You might be surprised at how many documentaries I watch, so Twitch.tv’s movie night sounds like a fun Friday afternoon to me. Each film will air at approximately 2:15pm PST at and will feature live chatting with the respective filmmakers. The LGBTQ gamer documentary, Gaming in Color, is scheduled for February 6, so if you haven’t seen it yet, this could be your chance!

Lanterns: The Harvest Festival to be co-published by Renegade Game Studios

Lanterns: The Harvest Festival became a Kickstarter hit at the end of 2014. Since then, the game has made it to BoardGameGeek’s list of most anticipated games and been accepted into the 2015 Mensa Select Mind Games Competition.

That’s it for this week. Feel like I’ve missed something shiny and new? Drop a note in the comments and share your excitement.