Get Your Game On Wednesday: Ladies and LARP

Lots of news this week, from new downloadable female characters, all-women e-sports teams, games that finally make it to Android devices (seriously), and my continual fascination with LARP — catch it here! 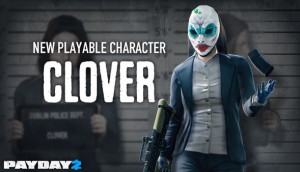 Clover has been released and she looks kick butt! Unfortunately, you need to shell out $4.99 to download her character pack.

The short documentary took first prize at  the Vasterbotten Amateur Film Festival in Umea, Sweden. The 23 minute film follows an all woman Team TacTix e-sports team and their journey to Copenhagen Games. 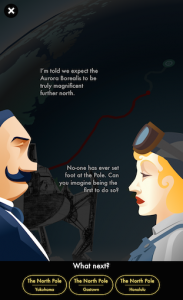 Ugh, iOS gamers almost always get the fun ones first. Released to Google Play and the Amazon App Store this week, the steampunk styled globe trotting game allows for travel via airship, submarine, mechanical camel and steam train. Seems I’ve found my next mobile game, need to wrap up my Bruce Lee Enter the Game…

You may never really get to go to Hogwarts but the College of Wizardry might be the next best thing. Applications for the next Collage of Wizardry LARP games opened last week and, according to their Twitter feed, tickets sold out in 2 minutes. The first games in November 2014 included 190 participants from 11 countries. I admit I was momentarily calculating flights and hotels until I saw they were sold out. Frownie face.