No one expects dragons in the inquisition. Unless you live on the fictional continent of Thedas, in which case you’d know that the Chantry named this, the ninth age, after the portentous return of the dragons. Or you’re a fan of BioWare‘s video game series and have been waiting impatiently for today’s official release of Dragon Age: Inquisition.

Well, I suppose there are people out there who aren’t obsessed BioWare fans like me and have no clue what the hell I’m talking about or why, over the next little while, I will be flailing about my feels. Reviews have been pouring in and the consensus seems to be that BioWare has hit it out of the park with their newest game. Professional game reviewers and early-access fans have been praising the third instalment of the Dragon Age series after spending upwards of 80 hours within the expansive world of Thedas—and there’s still so much more to explore.

BioWare had a lot to prove with this game. Since falling under the umbrella of Electronic Arts, a company that has twice earned the Consumerist‘s Golden Poo Award for worst company in America, BioWare’s games have received some flak. You may have heard of the tricoloured rage that accompanied the ending of 2012’s Mass Effect 3. Before that, Dragon Age II suffered under all sorts of criticism over its rushed delivery, glitched gameplay, repetitive maps, and inconsistent plot and characters.

And yet, despite all of the reasonably justifiable righteous anger and indignation, fans like me are still here.

Why? Because if there’s one thing BioWare knows, it’s how to hit its fans right in the feels. Even when stories don’t quite work, or characters do things that are rather out of character, the heart and soul beneath them is evident. There are more technical aspects of gameplay that I appreciate too, but, mostly, I’m here for the feels. And you can be too.

You could just jump right into Dragon Age: Inquisition. Visit the official website to learn about the game’s main character (an Inquisitor is you!) and companions. Watch a trailer or two, check out BioWare’s Twitch stream for gameplay, or visit The Keep to formulate a “world state” from which to start. 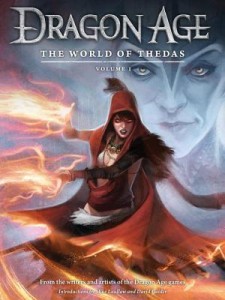 You could pick up a lovely hardcover copy of Dragon Age: The World of Thedas. I’m a sucker for artbooks, but this one is so much more.

For Dragon Age newcomers, this comprehensive volume brings you up to speed on everything you need to know about the regions, religions, monsters, magic, and more! For dedicated fans, never before have the secrets of BioWare’s epic fantasy been revealed so completely and so compellingly!

Now, all of this is well and good if you just want the details without the journey, but I like to start from the beginning and highly recommend that you do too. 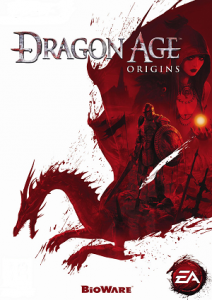 Step one is Dragon Age: Origins, which is available for PC, XBox, and Playstation 3.

You are a Grey Warden, one of the last of a legendary order of guardians. With the return of an ancient foe and the kingdom engulfed in civil war, you have been chosen by fate to unite the shattered lands and slay an archdemon once and for all. Start your adventure by picking your race as a Human, Elf, or Dwarf, then your class as a Warrior, Mage, or Rogue. Then after that, it is all up to you. The choices you make guide the path you take through the Ninth Age: The Dragon Age.

The “origins” aspect is quite important, since your Warden’s background as well as your choices during the game will be your bane or your boon in any given situation. Confront the man who destroyed your noble family. Escape the Deep Roads and seek vengeance against your traitorous brother. But all of that is meaningless if you fail to stop the blight that threatens to poison the nation of Ferelden. 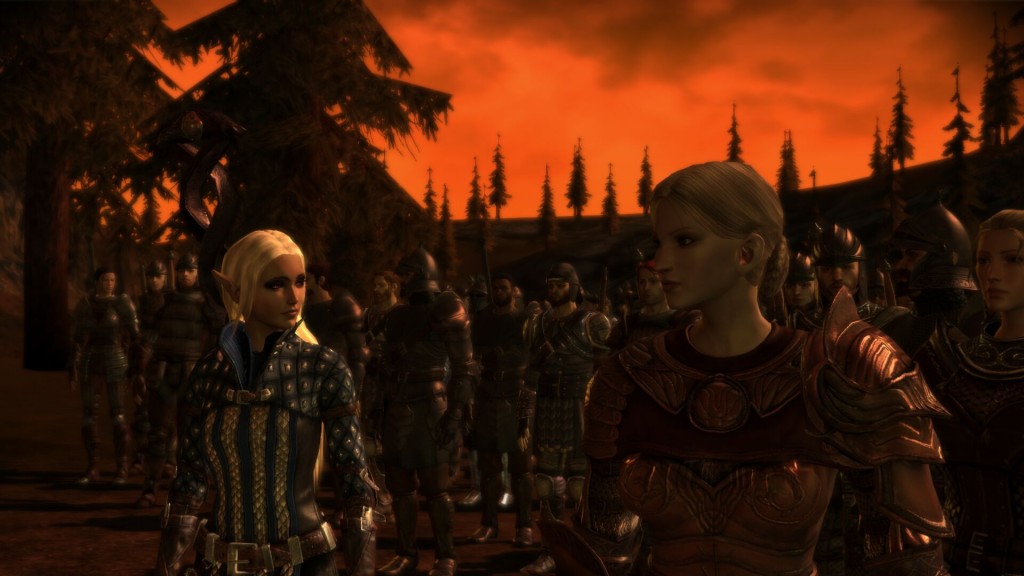 My Grey Warden and Queen Anora lead the charge against the archdemon and its minions.

In Dragon Age: Awakenings, the downloadable content (DLC) that follows directly after Origins, the archdemon has been destroyed and the blight ended, but the darkspawn are still busy doing darkspawn things for something far more deadly than an archdemon. 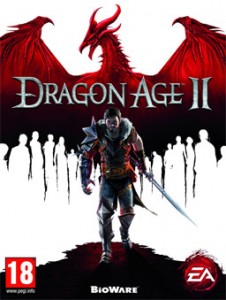 By the time we get to Dragon Age II, the darkspawn are finally, mostly, dealt with and players leave the Grey Warden behind for a new hero named Hawke.

You are one of the few who escaped the destruction of your home. Now, forced to fight for survival in an ever-changing world, you must gather the deadliest of allies, amass fame and fortune, and seal your place in history. This is the story of how the world changed forever. The legend of your Rise to Power begins now.

Some of the choices you made in the previous games will be relevant, and some of the people you met before will show up—some just for the sake of showing up, others, because of . . . reasons . . . or something . . . I don’t even know. But events in DAII stir the hornet’s nest that has already been buzzing between mages and the templars who oppress them in the name of protecting the world from magic. There is a lot wrong with this game, but, since it’s not quite as long as the other games, it’s still worth playing, even if only to meet the companions and other non-player characters that populate the world. Each of them is a fully realized personality with a background that you can learn by interacting with them. 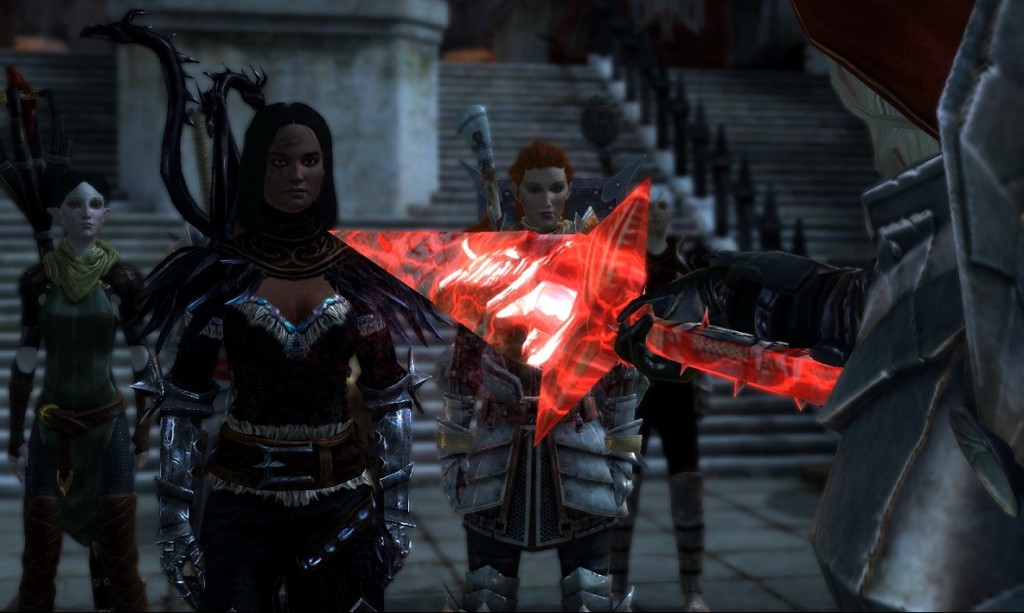 Caleya Hawke faces off against Knight-Commander Meredith to protect the mages of Kirkwall.

So: Play those and perhaps a few of the other DLC, and maybe check out the browser based game, The Last Court, or the mobile app, Heroes of Dragon Age, and then you’re all set for the Inquisition!

Unless you’re as drawn into the lore as I am and want to know even more. In that case, you could check out the books.

Then you’ll be ready to sink your soul into the world of Thedas.

Demons plague the world and terrorize the people of Thedas. The faithful cling to their belief in the Inquisitor, who must lead a team of legendary warriors into battle and bring the conflict to an end before it’s too late. Every war has its heroes. What kind of leader will you be?