Day of the DEVs

This year’s Day of the DEVs festival hosted by Double Fine and IAM8BIT took place this past weekend in San Francisco. The free, all ages event showcased indie games, art and music. 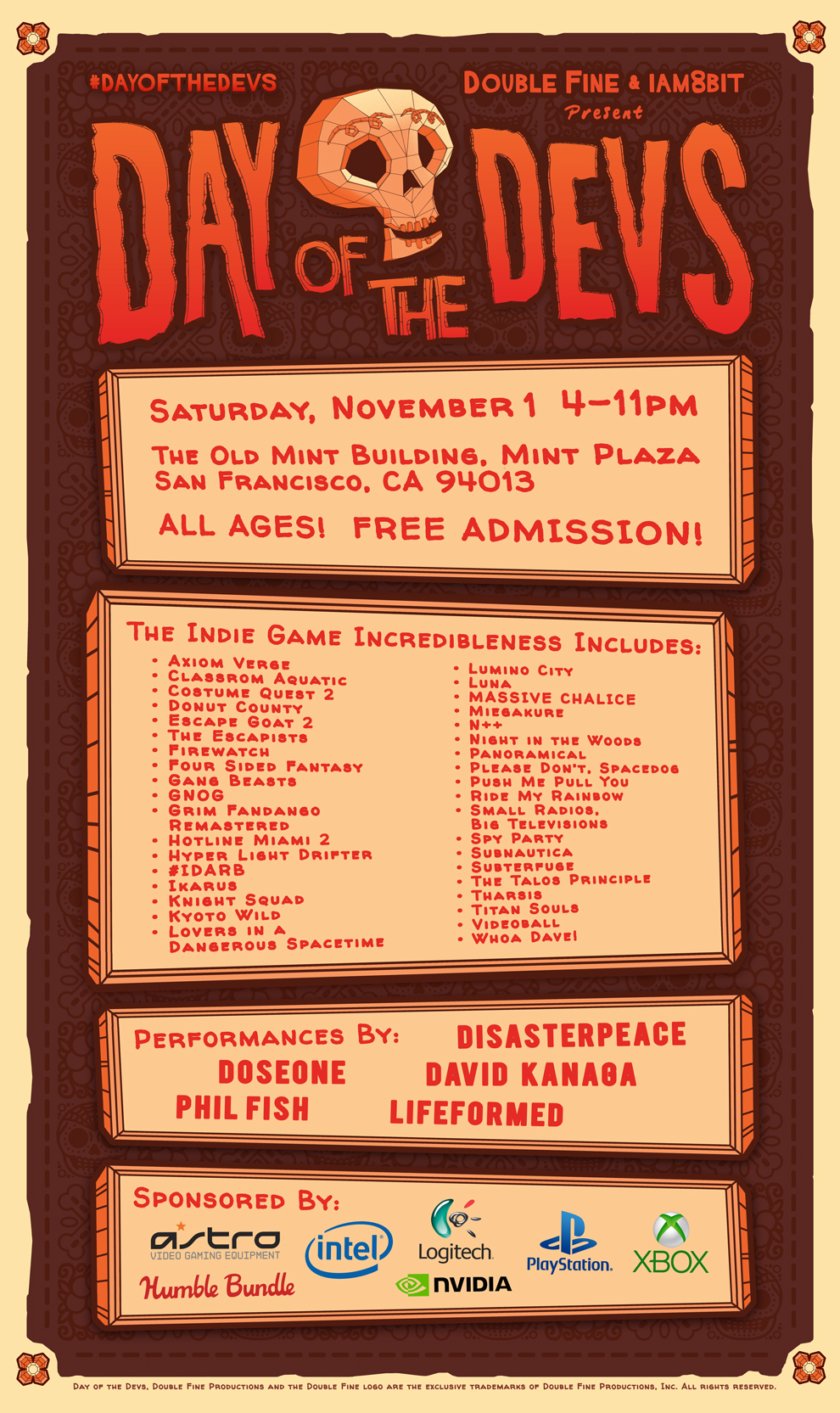 The line at #dayofthedevs (don’t worry, it moved fast) pic.twitter.com/AvcAe3LxBs

Outside of the bldng was something out of Assassin’s Creed. Inside was like a museum for videogames. #DayoftheDevs pic.twitter.com/DQZIDw6WX5 — AnnaTheRed (@TheAnnaTheRed) November 2, 2014