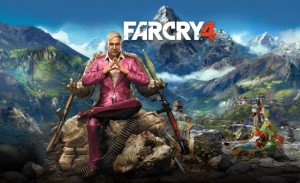 Far Cry 2 was the reason I learned to build desktop computers. I wanted to play it on a machine that could handle how incredibly beautiful these games are at their maximum settings. The Far Cry franchise is known for its first-person shooter sandbox gameplay in beautiful, tropical settings.

Far Cry 4 is already starting out with a bang. Rapper Childish Gambino paired up with the video game marketing team to make this excellent trailer. 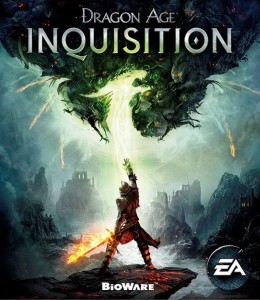 Bioware has a lot riding on their November 18th release of Dragon Age: Inquisition. They let the fans down significantly with a rushed ending to Mass Effect 3. Prior to that, repetitive dungeons and glitches galore filled Dragon Age 2, which seems to have just been pushed out to capitalize on the success of Dragon Age: Origins. But if there’s one thing Bioware gets right, it’s their amazing characters and stories that never fail to bring the feels, one way or another. This is why I can’t quit you, Bioware. No matter how angry I get at you, I know that you’ve got a heart and soul in there, and I see it in every companion–of which we can expect many new and fascinating things in Dragon Age: Inquisition.

The world of Thedas is under siege with the Mage/Templar war brought to a boiling point after the events of Dragon Age 2. Now players must become the Inquisitor that will decide the fate of the world in both single and multiplayer content. Bioware has been building the hype for several months now, teasing with trailers, gameplay, and character biographies, as well as The Keep, where players can verify the decisions they made in the previous games. Because if there’s one thing we have learned from Bioware, it’s that our choices always matter. Mostly.

Stay tuned for my Dragon Age: Inquisition Diaries, where you can expect a lot of flails and feels…

From the press kit, “Never Alone is the first commercial game initially conceived by an indigenous North American people and then funded by and co­developed by the same people. Specifically, it’s an ‘Alaska Native’ game ­­Inupiat elders, storytellers, linguists, artists, youth, community leaders and cultural advisers have been, and continue to be, intimately involved in all aspects of the game’s design ­­everything from art and characters to level design to overall narrative arc ­­ from initial concepting to final production.”

This game is a big deal, and I am very excited. The game focuses on a young girl, Girl and Fox. The player switches between the two characters to solve puzzles in Arctic lands. Girl’s mission is to save her village from an endless blizzard. In order to aid you in this quest a second player can join in for co-op.