#WWACWarriors: Game Developer Brianna Wu on Motorcycles, Fitness, and Being True to Yourself

Brianna Wu. She’s been in the news.

Wu is a game developer (Giant Spacekat’s 2014 Revolution 60 is raking in the positive reviews), podcaster, advocate for women in tech, and unapologetic leader in legal proceedings against GamerGate. I first came across Brianna Wu via a Twitter link to a piece in which she discussed her role as employer and team leader in a pro-woman, all-women game development company. Covering workplace encouragement, individual growth, maternity, and motherhood flexibility for her employees, and how to reassess a professional relationship once your protégée starts to really blossom, she proved to me that if companies — if people — want to do these things, they can. Since then, I’ve seen more and more of her professional navigation, and there’s nothing bad for me to say about this woman. 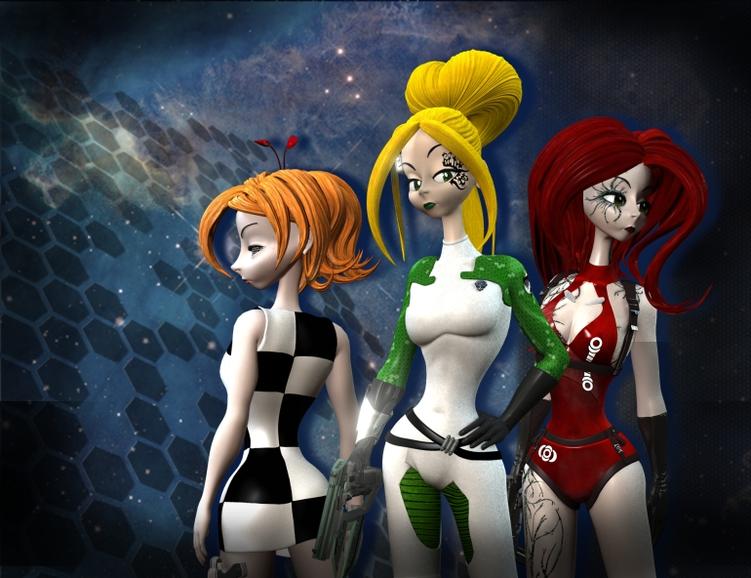 What’s more, she also races motorcycles. As a motorcyclist myself, as somebody who has met sexism in bike shops and sexism in comic and video game-based conversation, and as somebody who has grown with and because of my bike and my books and my GBA, I wanted to ask Brianna a little bit about this other area of her life, in the hope that hearing about it will allow others like us to take their first step towards commanding two fast wheels. 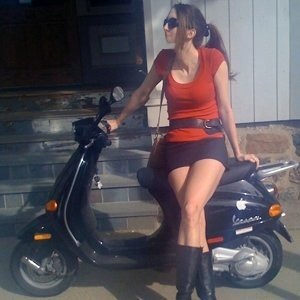 How did you get into bike racing?

When my husband and I moved to Boston, we found ourselves paying $300 a month for a parking space. I bought a Vespa to get around on because it could be parked behind the apartment. I loved it so much, I quickly found myself graduating up to the real thing.

Did anyone mentor you in the world of motorcycling?

Not really. I’ve always been a very adventurous woman. I saw something, it seemed fun — I went for it.

Do you ride other than for racing?

I do. At night, after I get off of work,  I frequently motorcycle around.

Tell us about your bike and why you picked it. How did you learn which model would be best for you?

I’ve had three Honda Accords, and they have all been amazingly reliable cars. So I figured that same quality would cary over to a motorcycle. It was the safety features like ABS that sold me on my 2009 CBR 600rr. I installed foot pegs to make it easier to shift competitively. I also installed Eyelashes over my headlights. 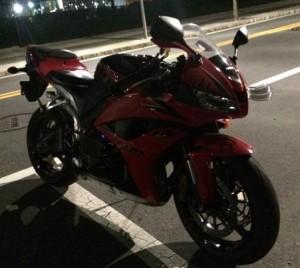 Do you train? If so, what sort of a workout do you do to prepare for better racing?

I do! I do an hour of cardio a day for 900 calories. I also take martial arts.

Does racing feed back into your relationship with your body off the bike? I ask this because for me, riding MASSIVELY improved my mind/body harmony.

Absolutely. The two are intimately connected. When I feel like I’m in really good shape, I know I race faster and harder.

What is it that spurs you to compete on a bike? What makes it worth the danger?

How much went into your recovery last year following your accident? Did you consider parting ways with your bike?

No. If anything, it made me double down on physical therapy so I could get back to it!

Why do you (we!) stick at multiple hobbies, as well as a career, in areas perceived widely as boys’ clubs? Do you think that one helps you to navigate the other? Does meeting sexism in one make you tougher or better prepared to find it in the other?

I’m not a big believer in gender determinism. Motorcycles are awesome and developing games is awesome. I have to stay true to what I like. Anything less would be not being true to myself. I’m not exactly Martha Stewart.

I think some women in tech deal with sexism with relentless niceness. It’s a valid tactic, but I deal with it by being very clear and direct about what my objectives are. Yes, some people think I’m a bitch, but I also don’t have to mess with people.

Why don’t we give in?

Because that means they win. ^^ And I am ridiculously competitive.