Sexy Times with Dice: 10 RPGs That Deal with Sex and Sexuality

Tabletop RPGs are perceived to have a sex problem. Either they are a pastime you engage in because you aren’t getting busy, or there are half-clothed busty women leering from the covers in a display of oversexualized content. In this, mainstream tabletop RPGs reflect our society’s conflicted views on sexuality: we either giggle in embarrassment when it comes up or pretend that our paladins and elves never get naked. In practice, however, I’ve had characters be romanced, married, impregnated, raped, and flirted with. I’ve played both men and women of various sexual preferences, and that’s just the traditional tabletop games whose rules don’t explicitly cover such things.

Numenera is one game that’s receiving recognition for changing the blind spot RPGs have regarding sex. They’ve released an entire guide to love and sex for their fantasy world that covers desire, consent, and even magic sex toys. Pathfinder is another popular game that has queer and trans characters in both the supplements they put out as well as their comic books.

There’s also a world of indie games that not only encourage players to consider the sexuality of the characters they’re playing; some of them use sex as a mechanic. Rather than relaying blow-by-blow accounts of the sexual activity, most groups use a system of “Veils” and “Lines”* to negotiate explicit content. Lines are hard boundaries that are not to be crossed, and a player may veto a subject completely; for example, a player may state that they do not want any violent sexual assault to figure into the game. A Veil is more of a fade to black; so the player acknowledges that her character is having consensual sex with the sultry witch, but nothing is described. We simply move on to the next scene.

Below are some of these fantastic games. While some of the authors have more than one game that fit the criteria, I’ve tried to use the one that has the most direct relation to sex and sexuality. The only exception is Avery Mcdaldno’s games, most of which deal very directly with queer identity. 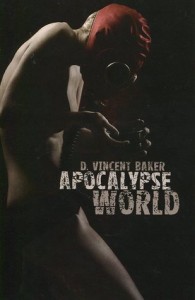 4. Under My Skin by Emily Care Boss

5. Houses of the Blooded by John Wick 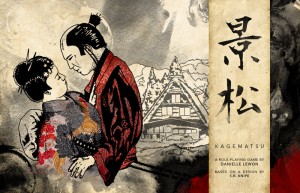 Bonus LARP: Cady Stanton’s Candyland is a Live Action Role Playing (LARP) game focused on exploring women’s sexuality through a sex toy party taking place in a feminist bookstore in the 1970s. Both it and the follow-up game, Candyland II: Ashley’s Bachelorette Party, have games and activities designed to encourage players to talk about sex and desire. LARPs allow you to speak and act as your character, mimicking their actions and moving through space instead of simply describing it.

*Idea originated by Ron Edwards in Sex and Sorcery, a supplement for his game Sorcerer.

Full disclosure: I am friends with Ron and play games, drink, and discuss game theory with him on occasion.