In part one, we were introduced to the massively multiplayer online role playing game (MMORPG).  Now that you’ve created your character, followed the tutorial’s instructions, fetched some supplies for a non-player character (NPC), and tussled with killer bunnies, what comes next?

The number one thing to remember is that you’re here to have fun and everyone else should be working from the same page. Some people might take the idea of fun a lot more seriously than you do, but that’s okay. When you’re just getting started, take your time and enjoy. MMOs are huge, with many different areas and activities to explore at your convenience. There’s so much to see and do, that it can seem overwhelming, but just remember to relax. No one is pressuring you to do anything you don’t want to do, so go ahead and enjoy the game as you see fit. 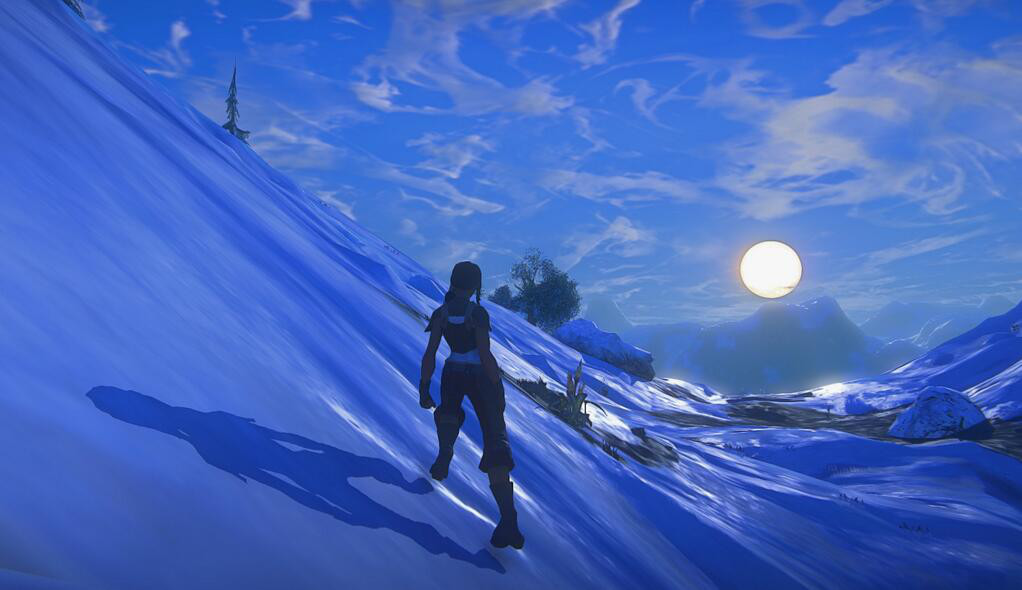 A whole new world to explore in Landmark 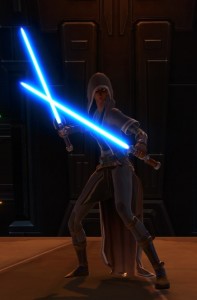 Ready for anything in SWTOR

As with many games, on or offline, you must gain experience points in order to increase your character’s level. Depending on the game, experience points can be gained in any number of ways. Some will give you experience for doing something as simple as discovering a new area or killing something, while others require you to complete quests and missions. You may choose to level up entirely through crafting, or perhaps in player versus player arenas. Back in my day, options were limited and gaining levels was a slow, often painful process. Now, with limited play time, and society’s instant gratification requirements, games have become more accommodating, making it much easier to reach those higher levels without investing too much time. I sometimes lament the lack of challenge this involves in comparison to the hours I spent grinding away in Final Fantasy XI, but then I remember the hours I spent grinding away in Final Fantasy XI …. Just remember to keep upgrading your equipment and abilities as you level up, to ensure you’re playing at maximum efficiency. 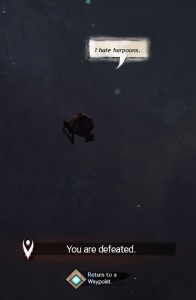 Guild Wars 2: Death is only the beginning

Sometimes, you might die (probably because you underestimated a bunny), but that’s okay. It’s all part of the learning process. Every game deals with death in a different way, but usually, it’s not nearly as catastrophic as reality. Just pick yourself up and get back to it.

You’ll be introduced to crafting early on, which is the optional process of creating consumable items and/or equipment. Often crafted items are far better quality than that which you can gain from quests or as drops from killing creatures. The materials required can be gathered in a few different ways, including harvesting or mining them from the land, extracting them from downed foes, as quest rewards, or purchased from other PCs or NPCs. Crafted items can be purchased from and sold to other players, and are a lucrative way to earn funds. My husband loves crafting, but I’d much rather get our kids to do it for me. 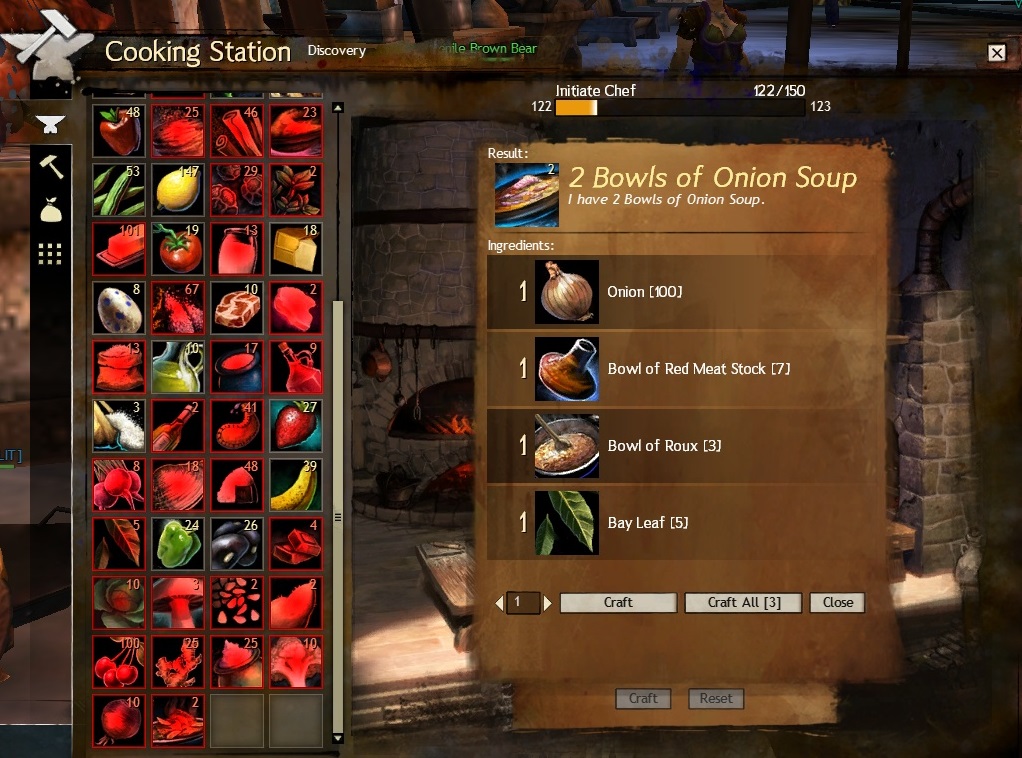 Every game has a base currency that you will begin to earn the moment you start playing. Some enemies will drop money along with goods, and those goods can also be sold to vendor NPCs for a small amount of cash. Quests and events often have a monetary reward, and, as mentioned above, you can craft items to sell. There is usually some sort of market or auction house where players are able to buy and sell goods. While this is virtual money, there is a system in place that tries to prevent people from taking advantage, and keep prices in the game fair and reasonable. Your chat window might be spammed with people offering to sell you in-game currency in exchange for real world dollars. This is not good for a game’s economy, because it floods the market, causing inflation.

Most MMOs can be easily soloed nowadays, which means you can level your character from start to finish without ever interacting with another person. That kind of defeats the purpose of playing online, though, so why not try out a group event? If you’re not playing with friends, then you can often find people shouting for participation in any given event in high traffic areas, or you can use a game’s grouping tools to find players for you. I won’t lie, you may well end up with the worst group of players ever by going the “pick-up” route. This is something I avoid because I’m a snob, but I have had some good experiences with random strangers too. The key is to remember this is a game and you’re meant to have fun. If you’re lucky, you’ll find a group that shares that attitude.

You can also join a larger community group or guild. Think of it as a club for you and like-minded players. Some guilds are heavily into the game and its many activities, regularly scheduling events and expecting attendance, while others, like the ones I run, are far more casual, taking real world responsibilities into consideration. 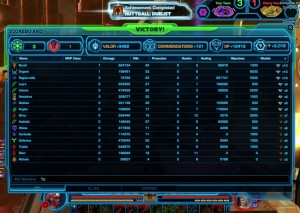 That time I came in first place in SWTOR‘s Huttball arena. Not that I’m bragging (but I totally am).

Prior to character selection, you may be asked to choose a server which will be identified as Player versus Player or Player versus Environment (or RP, which denotes servers where players are expected to role play at all times). If you’re new to the system, or just don’t like the idea of being randomly attacked by other players at any given time, avoid PvP servers. That’s not to say PvP is a bad thing. I prefer a PvE server, but will partake in PvP events, which are usually offered in special zones that you enter by choice. I have a particular fondness for SWTOR’s creative approach to PvP. The different arenas still involve death and mayhem, but there’s a little more variety, strategy and fun involved. And sometimes, I kick ass. 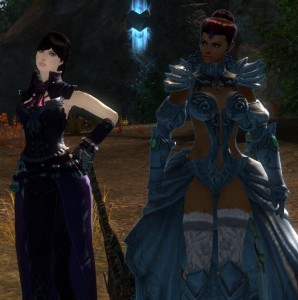 Maybe it’s just me (it’s not), but my character’s attire is veeeery important. Initially, you are stuck with the bottom of the barrel starter gear, but you will quickly earn bits and pieces as you grow and learn. Whenever the opportunity presents itself, I ensure that my armour looks as good as possible. This is imperative for saving the world, I tell you! Some games understand this need, offering crafting, purchase, or system options that let you customize your attire as you see fit. Keep in mind that an MMO is a game that you may end up playing for quite a long time, and with lots of other people. Making a statement with unique attire is a worthy investment. Some games factor this concept in right from the start, particularly when superheroes and villains are involved, as with DC Universe Online or City of Heroes.

A lot of effort goes into every aspect of these games, not the least of which is the environment. Some games reward you for taking time to explore the world, but for me, the reward is the exploration itself. In Guild Wars 2, the land is peppered with “vistas” that give you a panoramic view of the area, while other games find different ways to let you take advantage of the scenery. You can either follow your map or, if you’re cartographically challenged like me, then go wherever your mouse/controller leads you. Just watch out for monsters along the way. 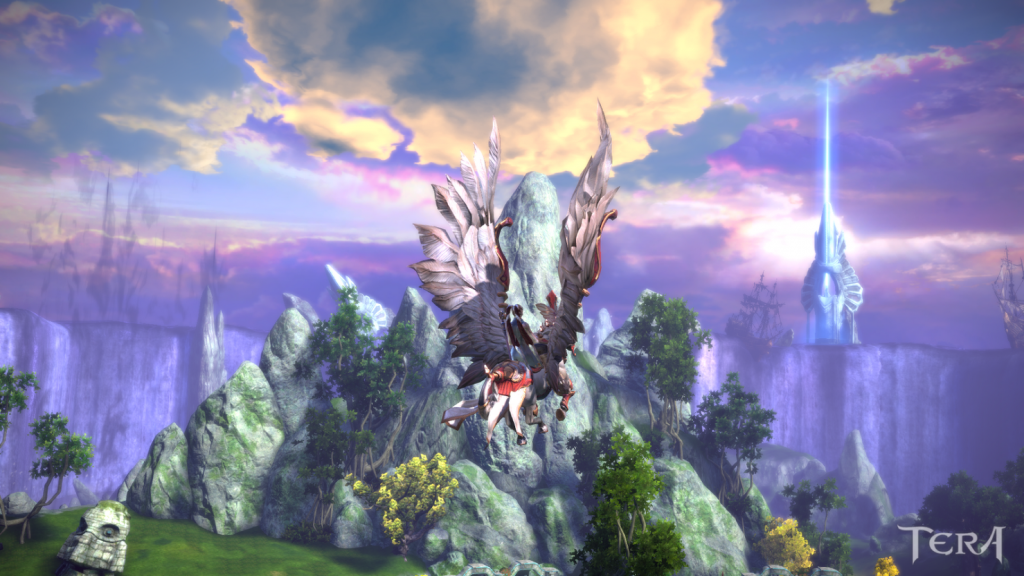 Enjoying the scenery in TERA 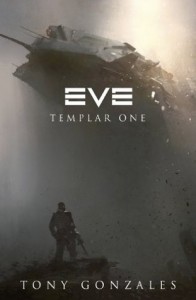 Every game has a story, even the ones that don’t rely on story to move the game forward. Lore can come in many forms, from an in-game codex or database, to discovering things through quests and missions. Tombstones, monuments, and random objects might also be a source of history. Such elements in Guild Wars 2 and Star Wars: The Old Republic inspired me to play their prequels to learn more about characters and events of the past.

Sometimes, these stories extend beyond video games and into other media such as books and comics. EverQuest Next is already building its lore, creating a library rich with short stories to whet players’ appetites in anticipation of the game’s eventual launch. Players write their own stories for EVE Online, and you can learn even more in its official novels. 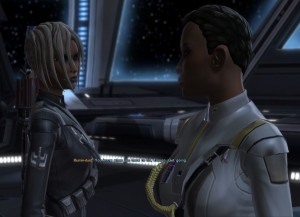 SWTOR: Cipher Nine encourages Ensign Temple to take matters into her own hands.

Exploring the lore, both in and out of game, can lead to a more rich and immersive experience.

If you’re still with me at this point, then I am certain you have what it takes to try out your first MMO. Just keep in mind that this is a game and it’s always about having fun. Take your time and enjoy it. Walk around, explore the sights. If talking to another players intimidates you, then find out what the NPCs have to say. But don’t be afraid to ask for help. As with life, there will be the idiots who toss back a sarcastic response, but more often than not, you’ll find the kind of people I did all those years ago in FFXI. The kind of people who will go out of their way to lend a hand, and make your MMO experience one to remember, and have inspired me to pay it forward. Because when you find an MMO that really clicks with you, it becomes an important part of your gaming life. The people, the story, the characters, the game play, and of course, the game itself, will all come to have significance. And when you choose to leave, or the game comes to an end, it leaves a little hole in your heart. 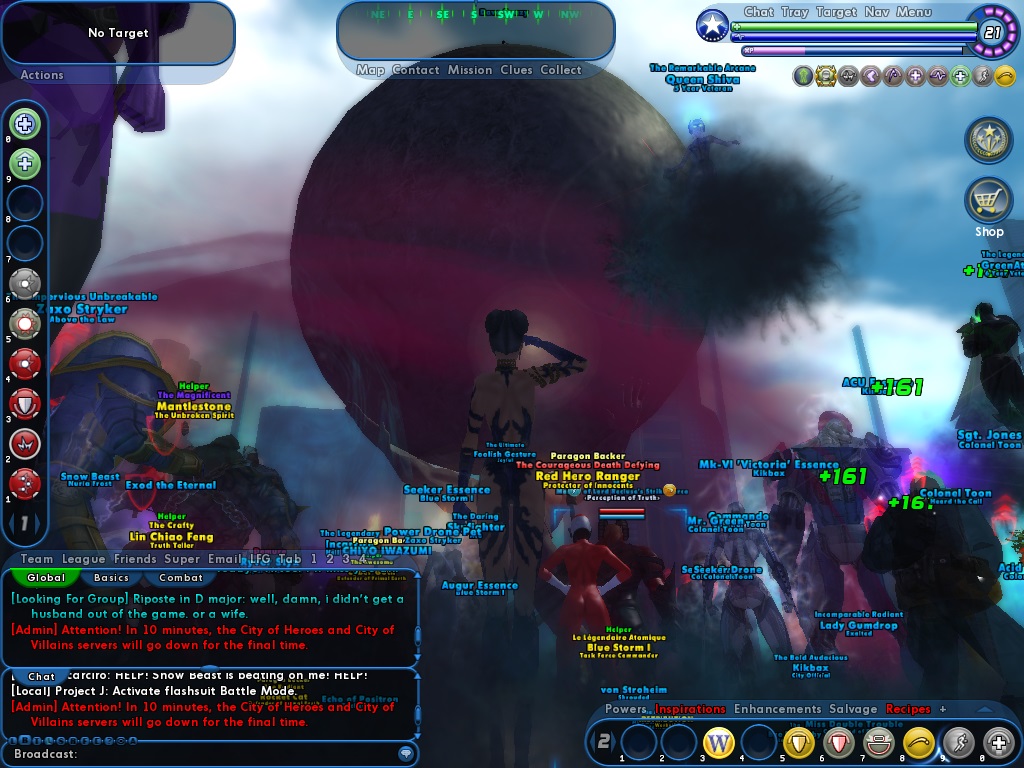 Saying good by to City of Heroes