Myst is coming to TV
In a lot of ways, the release of Myst in the 90s helped show gaming’s more mature side with an elegant, immersive world where the gamer slowly solves puzzles. Cyan Worlds, the makers of Myst, has signed a deal with Legendary to make a Myst TV series and a companion game for extended storytelling.

Spiel 2014 Preview
Board and tabletop gamers everywhere are getting excited for one of the largest trade shows in the business, Essen Spiel. Sadly, I won’t be attending, but a great consolation prize is Board Game Geek’s preview list of slated releases to help stay on top of what’ new.

University recognizes video gaming as a sport, plus scholarships
Though many colleges and universities have esports clubs, Robert Morris University is the first to consider it as part of the athletics department. The scholarships granted were for half off tuition, room and board. The team hopes to make its way to the Collegiate League of Legends tournament. 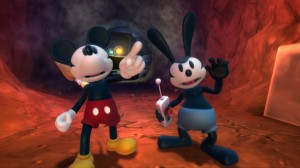 Disney joins the party on Steam Maybe it says something about the influence of Steam that Disney Interactive has finally come to play. Starting with over 20 games like LEGO® Pirates of the Caribbean: The Video Game and Disney Epic Mickey 2: The Power of Two, the company makes a big splash.