October staff picks for games: this month, It’s all Al! 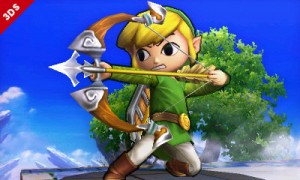 Super Smash Bros, for the 3DS

Do I own a 3DS? No, sadly just a 2DS. But do I know people who have 3DS’s? Yes! I am super excited to see how well Bandai is going to utilize the 3D technology. Maybe this will be the game to convince me to finally upgrade. 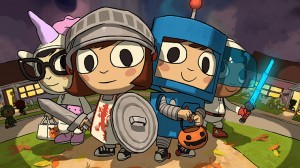 The first one was AMAZING. Double Fine can do no wrong in my mind, I have been utterly hooked on their work since Psychonauts. Costume Quest was quirky, snarky, and completely addictive. I expect no less from this sequel. You play one of two children (brother or sister) saving the world from incompetent aliens by collecting candy, wearing the right costumes, and solving adorable puzzles. The writing is witty and the art is splendid. Spend your Halloween sugar-hangover with this game.

From Wikipedia: “Set in the fictional open world metropolis Sunset City in 2027, players control a fully customizable FizzCo employee who fights the OD’d, humans transformed into monsters after consuming an energy drink.” Insomniac Games has brought me a few of my favorite things over the years (Ratchet and Clank and Spyro) and if this is going to be anything like their previous work, I’m on board. My hope is that it will be just as colorful, fast-paced, and filled with Easter eggs as the trailers promise it will be.

The Legend of Korra

I am a proud lover of The Legend of Korra television show. Strong female characters and intelligent writing for younger audiences. The games that go along with a lot of these shows are not great, but anything that allows me to spend a little more time with my favorite characters is worthwhile. Released October 21st and 22nd, Korra will be an action-fighting games that only takes a few hours to get through and breaks up the monotony of the beat ‘em up genre with minigames. 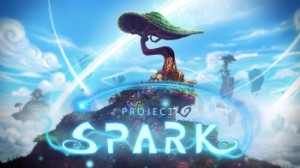 Project Spark has been in Beta for a few months now, and I am excited to witness the final project when it is released on October 7. Spark is a game-making platform. We have seen a few of these come out over the last few years, but all of the Beta videos I have watched prove that this has real potential to create something wonderful. 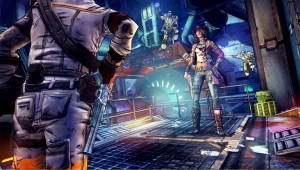 These games are graphic, ultra-violent, and so comic-book-pretty. I have been playing the Borderland series for many years now and this promises to be a great addition to the super weird franchise. The four characters to choose from this time were non-playable characters in the last games, which is a great way to pull the games together. Look forward to more off-the-wall quests and strangely proportioned NPCs on October 14.