The Women as Background Decoration

There’s a female trope in video games that uses sexualized female bodies to set the stage as gritty or edgy. The new video, The Women as Background Decoration Part 2, delves into this trope using some of the best loved games. 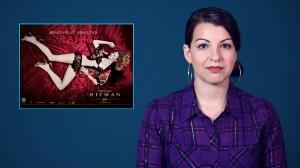 No stranger to representation of women in pop culture, the team over at Feminist Frequency have released the part two in their series about the The Women as Background Decoration in video games trope, “which is the subset of largely insignificant non-playable female characters whose sexuality or victimhood is exploited as a way to infuse edgy, gritty or racy flavoring into game worlds.”

Additionally, they point out that it is still possible to enjoy the games while taking a critical eye to certain aspects of them; the video follows with a measured tone that’s educational rather than inflammatory.

The project was funded as part of the Tropes vs. Women in Video Games Kickstarter that reached over 2600% of its goal.