Kickstarter of the Week: Beep

No one disputes that video game graphics have come a long way from the early days, but video game sound plays just as big a part in creating the overall experience for the gamer. With the rise in popularity of chip tunes and concerts like Video Games Live, it’s time to give game sound the coverage it deserves. Beep, a new documentary, aims to do just that. 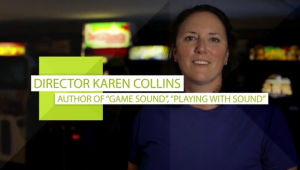 Director Karen Collins, also the Canada Research Chair in Interactive Audio at the University of Waterloo and founding member of Ehtonal, knows a lot about video game sound; she’s already published four books on the subject. Now through the Kickstarter campaign for Beep: A Documentary History of Video Game Sound she wants to “share the historical changes in video game sound from the beep through to today.”

Through interviews with composers and sound designers, the film will document stories about the history, technology and psychology of game sound. It also will include behind-the-scenes and making-of footage.

One of the bonuses of being a backer is access to film that doesn’t make it into the movie, as the team plans to share that extra content with backers only on their website.

The project hopes to film through spring 2015 with a release date in early 2016.