GenCon Guide for Grownups Part I

GenCon is staring us all dead in the face, so it’s time for a little pep talk. It is the largest gaming convention in North America, and has been running for forty-six years. There are tabletop RPGs, card games, video games, board games, Live Action Role Playing (LARPs), cosplay, anime, art, workshops, panels and more. Never been? A veteran? I have something for both of you. This article will address some of what you shouldn’t miss during the day at the con, and we’ll address everything else (including food!) in the next article. 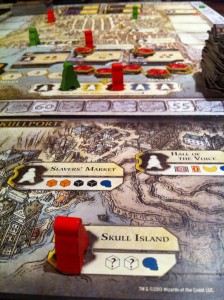 Stay with me here. Breathe. I know you want to run off throwing your money willy-nilly at all of the beautiful geeky things you must have, but hold on there. It doesn’t hurt to go over the map of exhibitors and know where the companies you really love are, and to prioritize some of your time. You can wander for hours in this cavernous space, and I recommend setting aside some time to do just that. This is also where the Art Show, Author Avenue, Entrepreneurs’ Avenue and the Family Fun Pavilion are located, as well as over 300 booths, so plan on spending a chunk of time here. Some companies offer demos of their games, so you may want to plan for that as well.

Not enough consumer action for you? Then head over to the auction where some of the original writers of Dungeons & Dragons, Frank Mentzer and Tim Kask, along with volunteers, will be selling an assortment of gaming paraphernalia. They have listed some Magic the Gathering cards as well as board games, role playing books, and various other items. 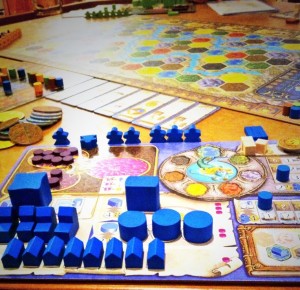 Last year I spent a good amount of time at the Writer’s Symposium, and learned a lot. This year’s Guest of Honor is Jim Butcher, and Bill Willingham of Fables will be there as well.  There’s advice on everything from starting a story to finishing it, critiques of your work from published authors, and workshops on topics from how to build a world to how to get an agent.

Of particular interest to our readers are a series of panels focusing on women and gaming, such as Motherhood and Gaming, GMing as Women, Women at the Table, and Women in the Game Industry. I’m on the second panel, so be sure to say hi!

There are plenty of other workshops, and don’t let the Spouse Activities title drive you away from any of the listings. Spouse Activities was originally intended to keep spouses busy while the ‘real’ gamers were enjoying the con, but now that category includes a lot of fun things that everyone can enjoy. Learn how to make a chainmail dicebag, bellydance, make a steampunk hat, tour a local brewery, or do any of a bazillion other things that aren’t exactly playing a game. I’m trying my hand at some cosplay seminars for the first time, and I promise to write up a full report. 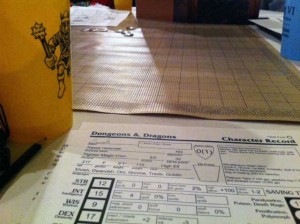 First off, let’s talk about new releases you might be looking forward to. The Witcher board game, Dungeons & Dragons Players Handbook, the Hyperborea board game, and the Samurai Spirit card game are all set to debut there. Vendors often use GenCon as a place to premiere new games, so you’re sure to see some new stuff.

But if you want to play, GenCon has you covered. Check out the First Exposure Playtest Hall and play unreleased games for free! The designers and publishers are looking for feedback before they go to the next step. There’s also Games on Demand, where you select from a list of available games in two or four hour slots. GoD emphasizes indie games, so you’ll see a lot of story games based on popular properties, such as Beasts of Burden, Rat Queens, Hellboy, and director Uwe Boll’s movies. There are also straight runs of games like Always/Never/Now, Apocalypse World, Monster of the Week, Burning Wheel, Monsterhearts, FATE, and Fiasco, along with some LARPs on demand. The regular side of GenCon gaming encompasses video games, card games, RPGs, board games, and LARPs. You can play the big names: D&D 5e, Pathfinder, Giant Settlers of Catan, Magic the Gathering, Call of Cthulhu, Star Wars miniatures, wtc. The catalogue is extensive, and there is definitely something for everyone.